Besides many people never hearing about the country of Georgia, it’s even less likely that they would know what Georgian food is. In fact, I didn’t even know what it was until I tried it for the first time in 2018 in Prague at a small, Georgian restaurant. Since then, I’ve been to Georgia itself, and I’ve been fortunate to have eaten my fair share (and then some) of its cuisine.

If you were to ask me what Georgian food is like, I would have a hard time explaining it. Many of its dishes are truly unique to the country, which can’t be linked to any other countries, even those close to it. There’s lots of meat, lots of vegetables, lots of cheese, lots of wine…essentially, Georgian cuisine has a little bit of everything for people to enjoy…all the while in massive quantities! You’ll definitely struggle to finish everything on your plate, if at all, as much of the culture is on food and hospitality. Be prepared to gain some weight while you’re there!

After getting back from my travels in Georgia this May, I still dream about its food. Finding Georgian food outside of the country is challenging, so until I can go back, I’ll just reminisce about all of the delicious dishes I had on my trip. I’ve decided to compile a list of some of the top Georgian dishes that you must try, whether in the country or at any restaurant outside of it. Beware: mouth-watering food photos to follow!

One might consider this the national dish of Georgia. It’s the most-famous one known by foreigners, and you can find it just about anywhere in the country. Nicknamed the “Georgian pizza,” its a creamy, cheesy pastry– it’s incredibly filling, to the point that you won’t need to eat for the rest of the day! It comes in all different types, from the photo-worthy Adjarian khachapuri to the quesadilla-like Imeretian one. 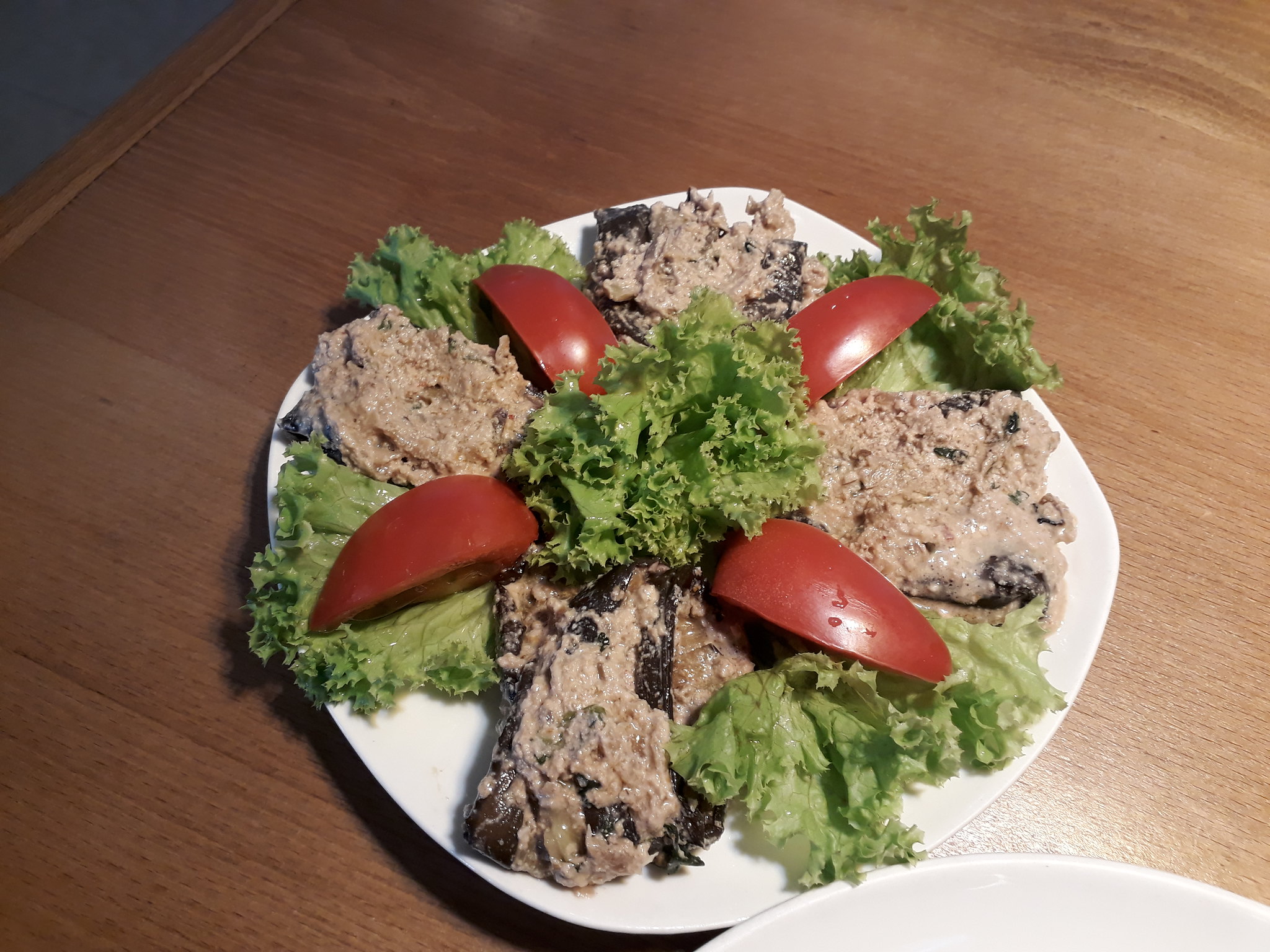 This is one of my two-favorite Georgian dishes. Compared to hot, hearty dishes, this one is the opposite, being light and refreshing. The country is known for growing walnuts, and it’s not a surprise to have it in a dish. Walnut paste is thick and creamy, like peanut butter, and it pairs perfectly with the fresh eggplant. Plus, it’s a good way to get your daily vegetables in! 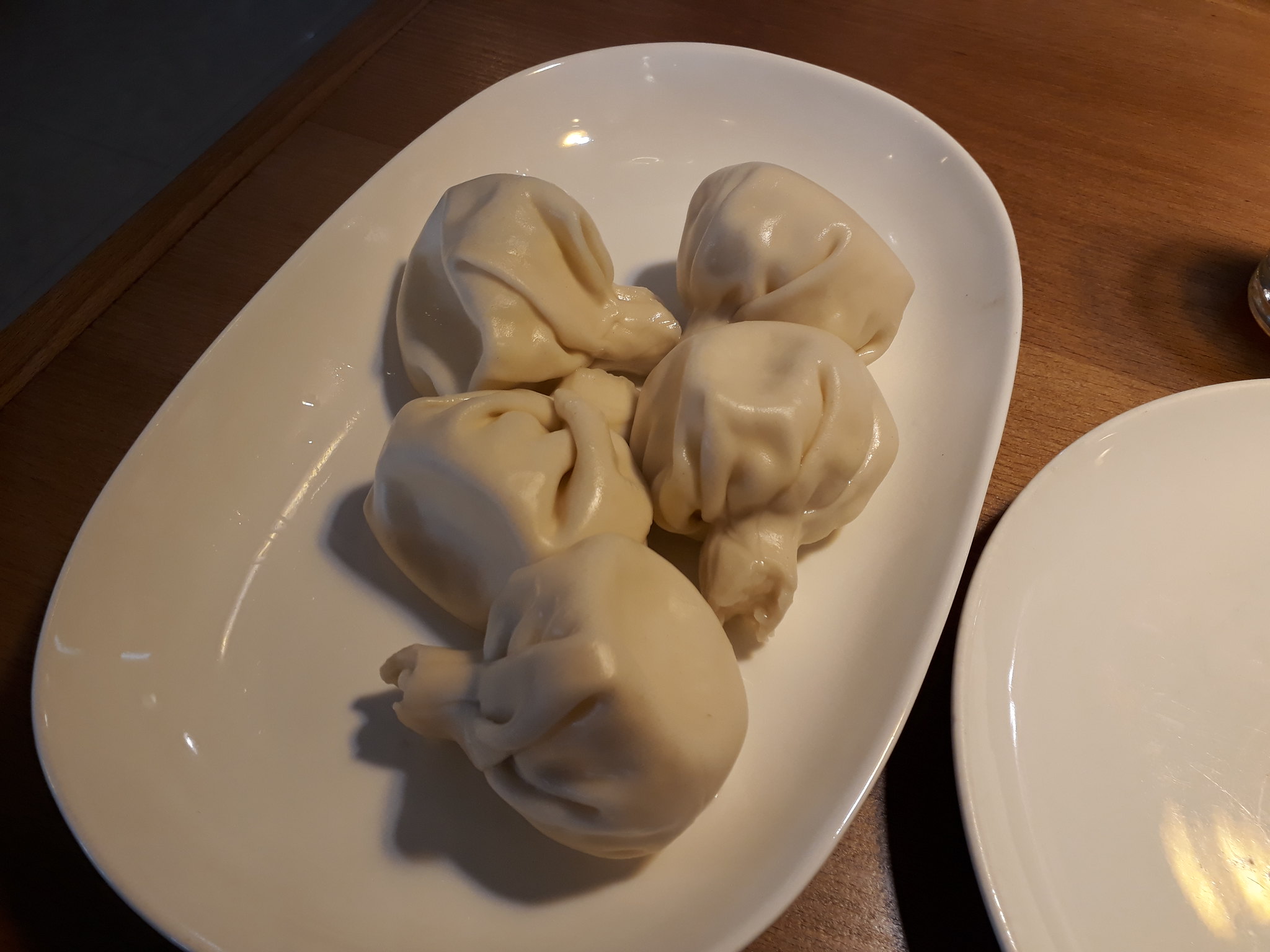 Another well-known dish, the khinkali are soup dumplings that can be stuffed with just about anything, from meat to mushrooms to cheese. What makes them so intriguing is the fact that the dough skin is fairly thin, yet still able to support the filling and soup inside without bursting. The tradition is to bite a small corner of the dough and drink the soup before polishing the rest of the dumpling off– just make sure not to eat the knob! 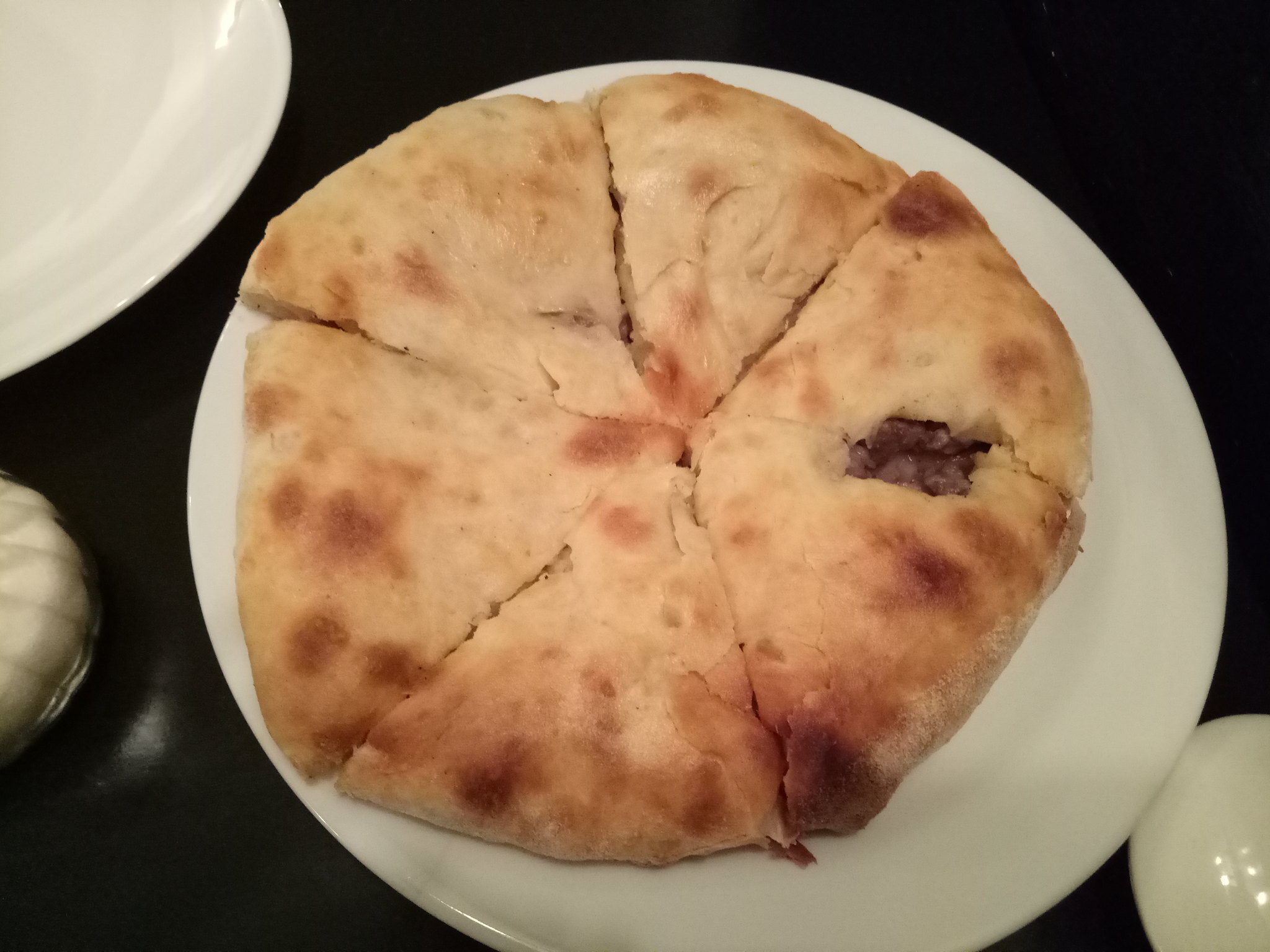 Perfect for vegetarians, this bean-paste pastry is warm, buttery, and hearty in each bite. I’ve only had a small taste of it while in Georgia, but I really enjoyed it. It’s incredibly savory and filling, a great substitute for meat-based dishes. I can envision having it on a cold winter’s day and having it warm up my body for the rest of the night! 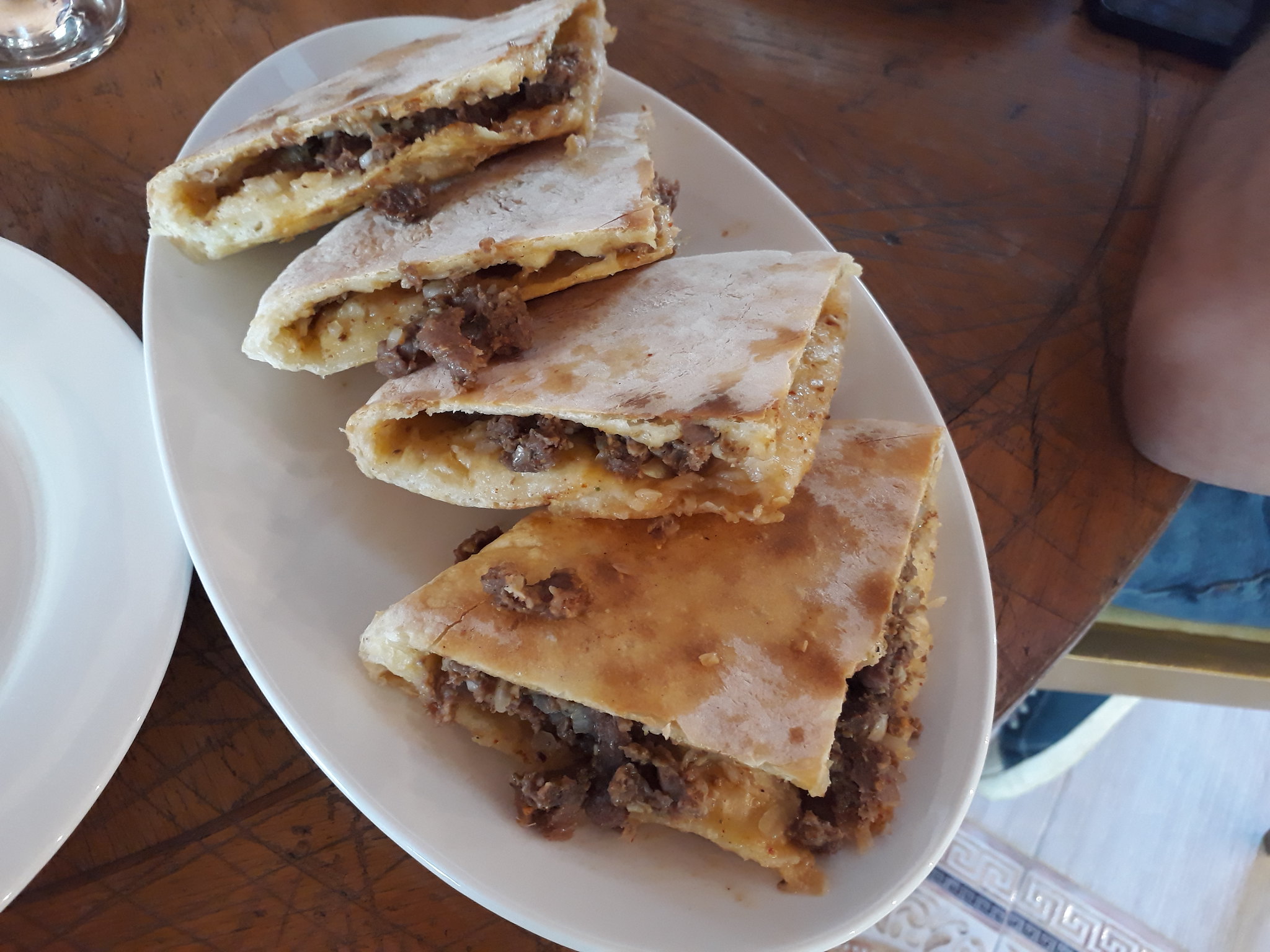 Another of my most-favorite Georgian dishes I’ve tried. Kubdari is a dish local to the Sveneti region north of the country. It’s also a pastry, stuffed with either lamb or pork, and with the slightest hint of spices that provide that extra kick to an already-awesome dish– I wish I could have it again…Funny enough, it’s historically made with cannabis filling, but I wouldn’t dare try it! 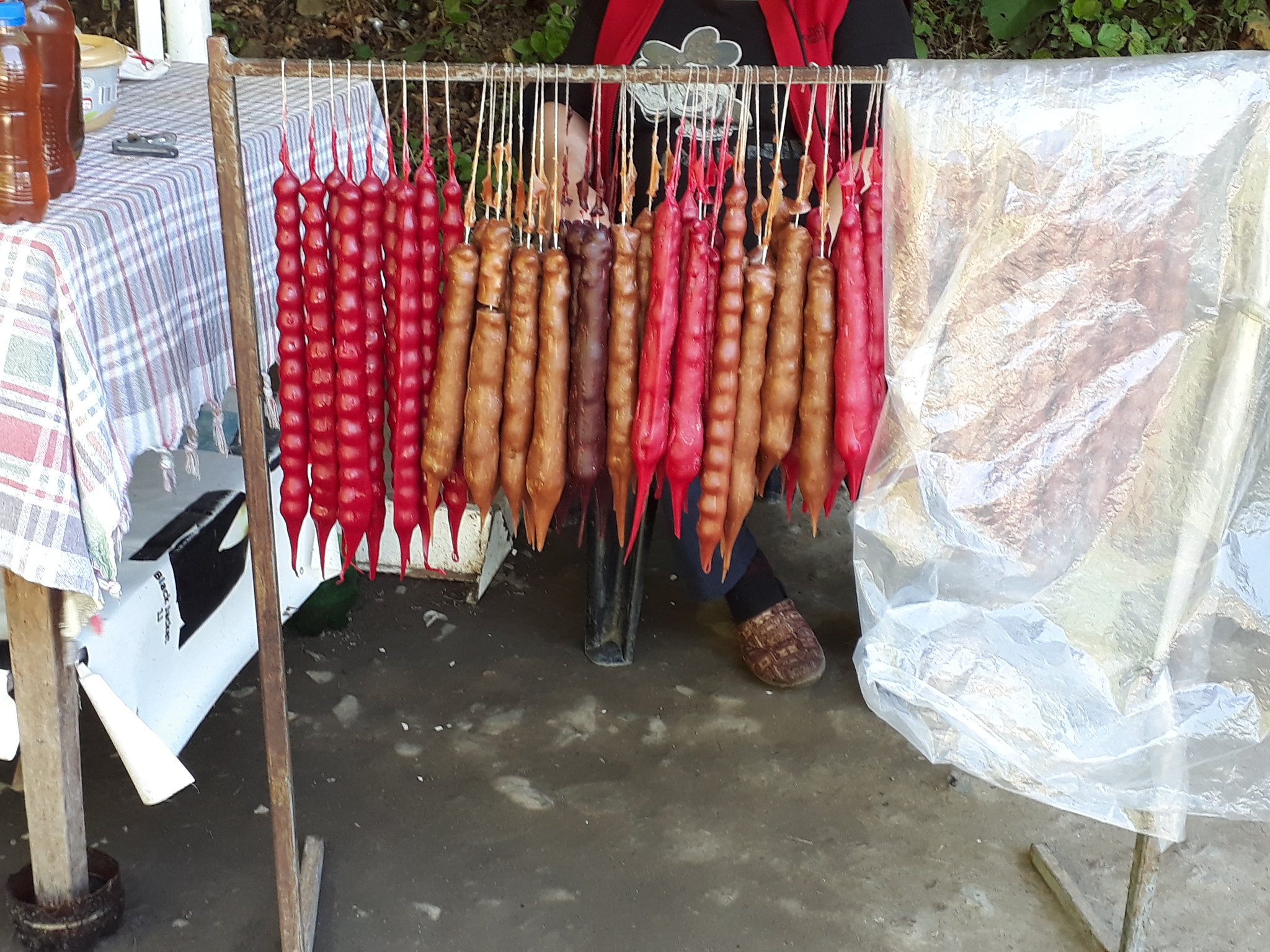 Nicknamed the “Georgian Snickers,” the churchkhela is made from whole walnuts that are coated with thick, syrupy grape juice, which gives it a shiny glow. It’s a dessert, rather than an actual dish, but it’s worth trying after indulging in plenty of the savory dishes of the country. They can be found anything, from the food markets to souvenir shops wherever you go.

Aside from its meat and wine production, Georgia also produces a notable amount of cheese, one of them being sulguni. This is often found during supra, a massive Georgian feast, alongside vegetables, pastries, and meat. It’s made from cow’s milk, and the closest cheese I can relate it to would be fresh mozzarella, albeit with a slight bite liken with Camembert cheese.

Kharcho is a meat soup, flavored with cherry plum purée and sometimes containing rice and walnuts. It’s a comforting dish, especially in cold water– it tastes very similar to Hungarian goulash, and for soup fans, they’ll surely like kharcho. Personally, I’m not a huge fan of soup, but I did enjoy having kharcho while traveling in Georgia– goes well with bread, too! 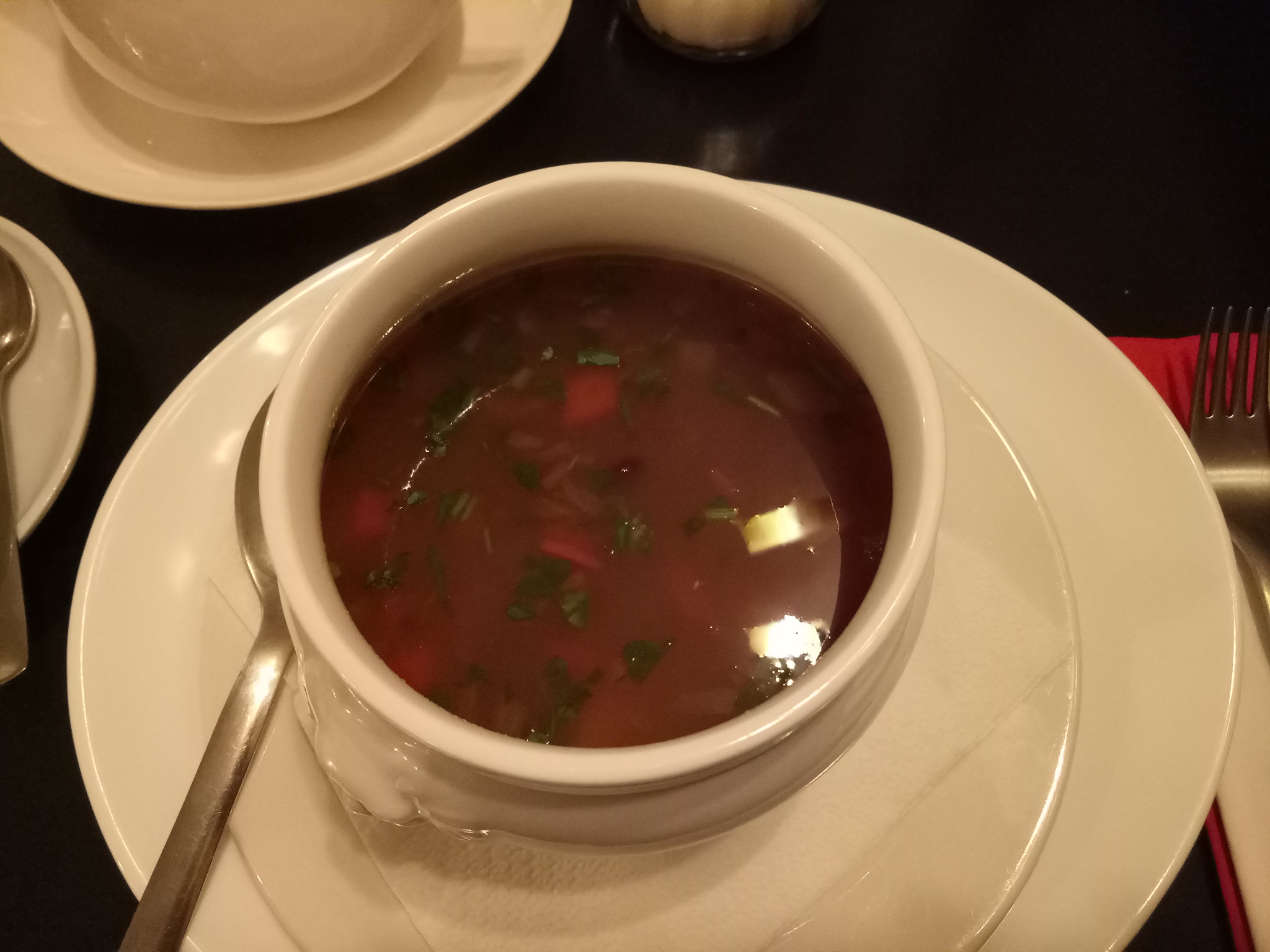 This is another type of soup or stew, although it’s completely vegetarian. It’s made from beans and, upon looking at it, looks very similar to Mexican re-fried beans. Although it’s just beans, it’s actually quite filling, all the while containing plenty of fiber. Likewise with kharcho, I’m not really into soups or stews, but it was nice to have tried lobio at least once. 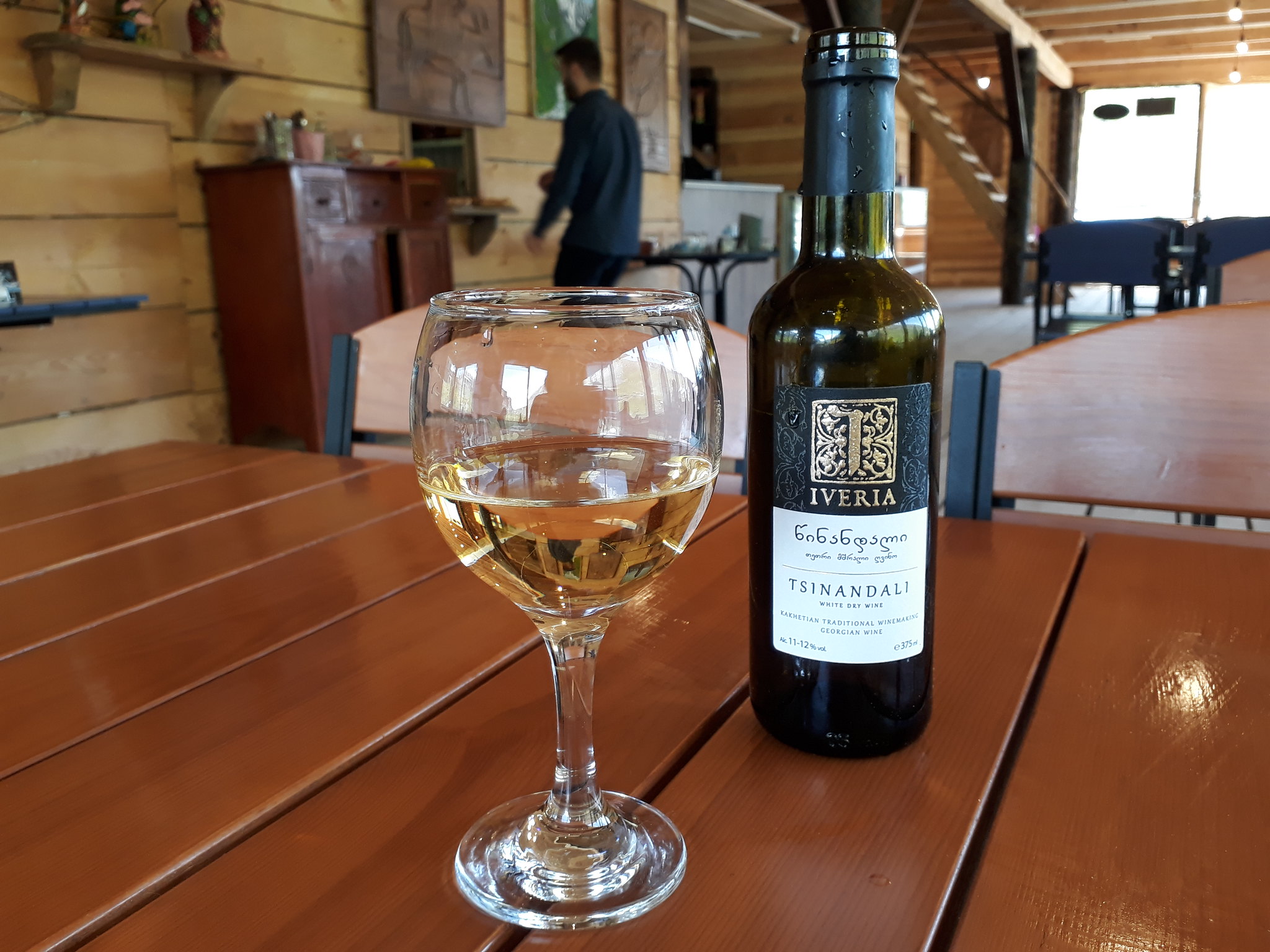 Not a dish per say, but it’s worth mentioning since it’s so well-known in the country. It’s reputed that wine originated from Georgia, so we have to thank it for its production! There are many different types of Georgian wine: red, white…even orange! Compared to other wines I’ve tried, I’ve found those in Georgia to be lighter (like table wine), which goes well with food, an important part of the culture. It’s necessary to try Georgian wine while in the country!

…and there you have it! There’s so many more dishes that I haven’t listed but, all the same, I think this list is a good introduction what Georgian cuisine is. Tasty and nourishing, these dishes are worth trying out should you have the chance to do so!

Have you tried Georgian food? Let me know!

3 thoughts on “Top 10 Georgian Dishes You Need to Try”