Let me start off by saying that I’m not a huge coffee drinker. In fact, I don’t like coffee on its own; I always have to add either milk or creamer to make it tolerable to drink. Hence, to say that I don’t like coffee, yet still write about my favorite coffee spots in Los Angeles, comes across as ironic, perhaps even puzzling…

I will say that, even if I don’t really like coffee, I enjoy its variants like lattes, mochas, and flat whites. And there are plenty of them in Los Angeles. In this past year, I’ve come to try all sorts of cafes in my hometown. I’m far from being a coffee connoisseur, but I have a good indication of whether I enjoy any cup of joe I get. In other words, if it tastes good, then it tastes good.

That said, I’d like to share some of my favorite cafes I’ve come across in Los Angeles, along with my go-to specialty drink that I get every time I go. Should you end up visiting Los Angeles someday, I highly-recommend these spots to check out. Enjoy, and cheers! 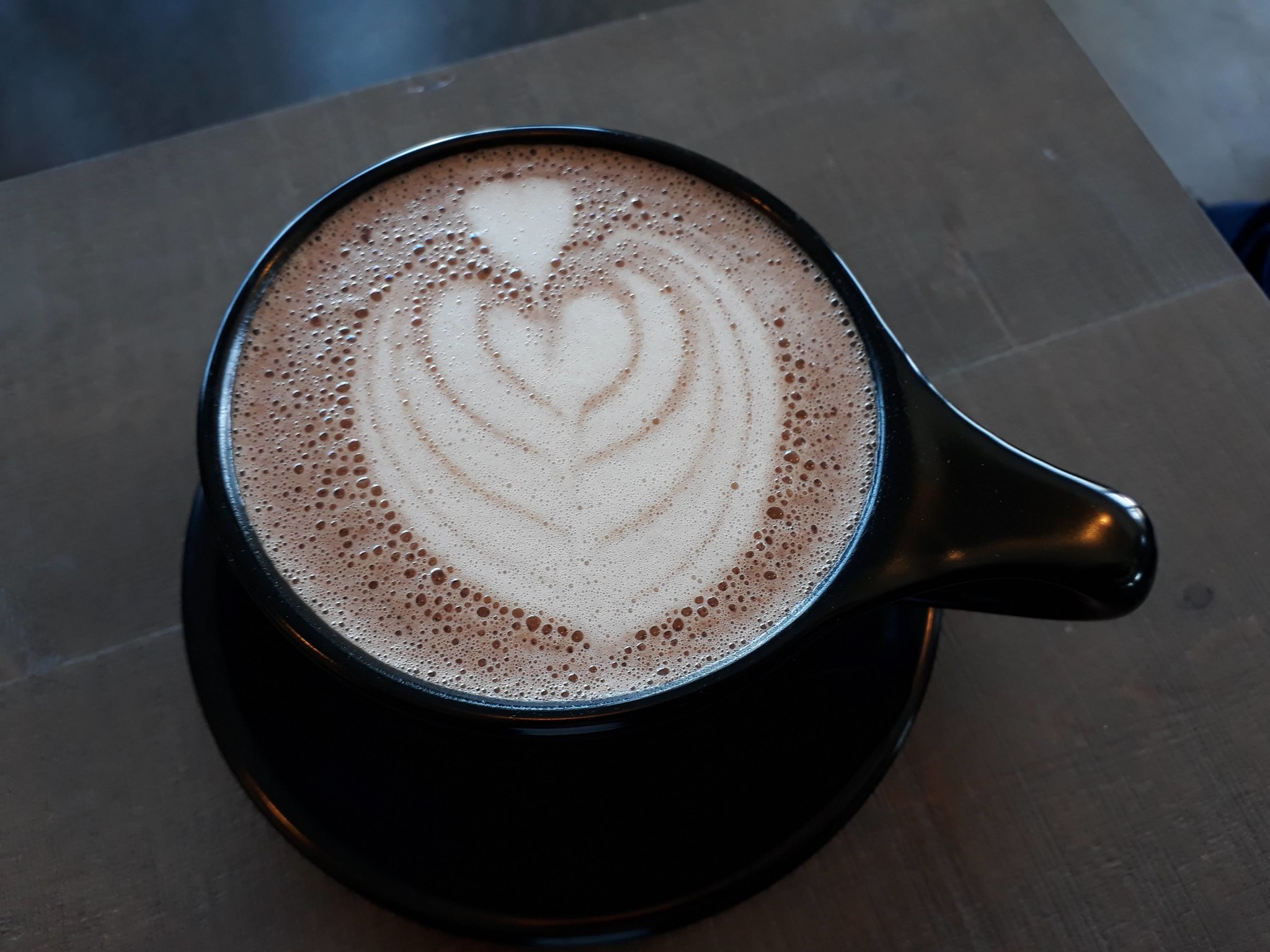 Originally established in Colombia in 2012, The Boy & the Bear was inspired by the Swedish fika, before it made its way to Los Angeles in 2016. This “third wave” coffee shop gets its name from the Swedish fairytale, in which a lost boy befriends a bear by offering it a basket of berries.

I’ve visited two of the three locations in LA (Redondo Beach and Westchester). The stores have dark walls, with almost an industrial feel to them. They are, however, offset by large slabs of rustic wooden tables and chairs, which provide a homey feel to the place. You’re also greeted by the sounds of tribal, new age music, which is supposed to evoke the Colombian roots of the establishment. The baristas are young and professional, and they take the time to perfect their craft with each drink they create.

Among the numerous times I’ve been to TB&TB, I’ve only ever ordered one (and only one) drink: the Stockholm Fog. A spin-off of the London Fog and an homage to its Swedish-inspired origins, this heavenly concoction is a blend of Chai and mocha; I really love that it’s sweet from the mocha, yet has that noticeable kick in the chai spices to leave you intrigued. Seriously, I could take home gallons of it, if I could! 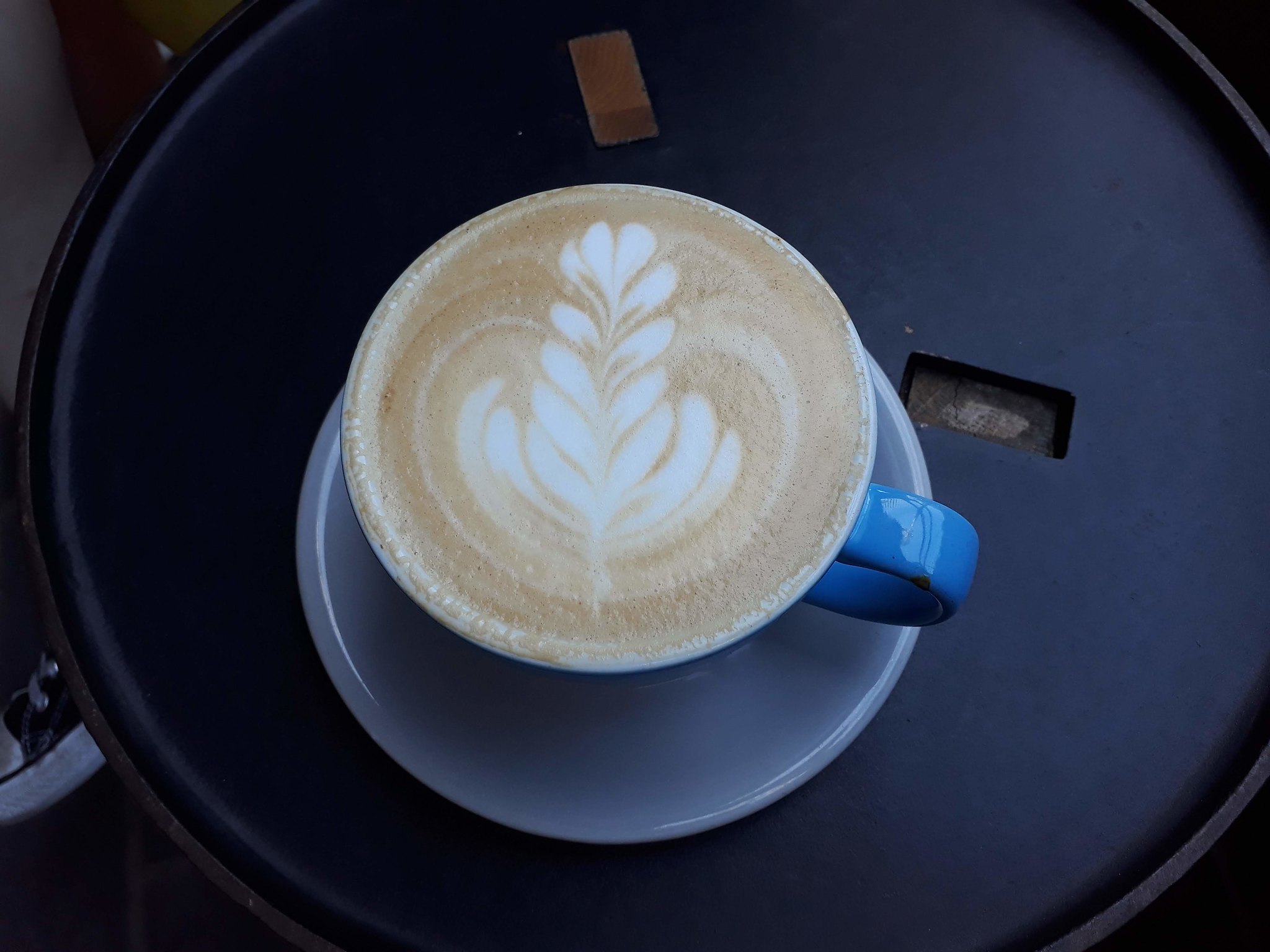 Cognoscenti Coffee was the first cafe I recall trying when I started getting into the coffee scene almost two years ago. First established in 2009, it’s a small, artisanal kind of shop which strives to mix delicious coffee with friendly, personable service. There are three, separate locations in LA, but I’ve only been to the Culver City location.

Funny enough, it wasn’t Cognoscenti’s coffee which resonated with me at first, but the extremely-kind service I received. I was feeling really down on my luck and just needed a place to collect my thoughts one afternoon in August, and I just randomly picked Cognoscenti without much thought to do so. The shop owners saw my unhappiness, and tried to get me to laugh. I don’t remember which latte I ordered, but I remember that I was given a free cookie to cheer me up. Their kindness astounded me and, even though I don’t live near the shop, I’d go back just to chat with the baristas again.

I’ve tried a few of Cognoscenti’s lattes, including matcha and chai. But if you ever get the chance, I highly-recommend their limited edition autumn spice latte. This isn’t your typical pumpkin spice latte– this drink uses actual spices instead of syrup, and it lays off the pumpkin in favor of a more-subtle, yet earthier latte. I never really cared for PSL, but I was blown away by the autumn spice! It’s worth the $5 for this comforting cup of joe, so definitely get it! 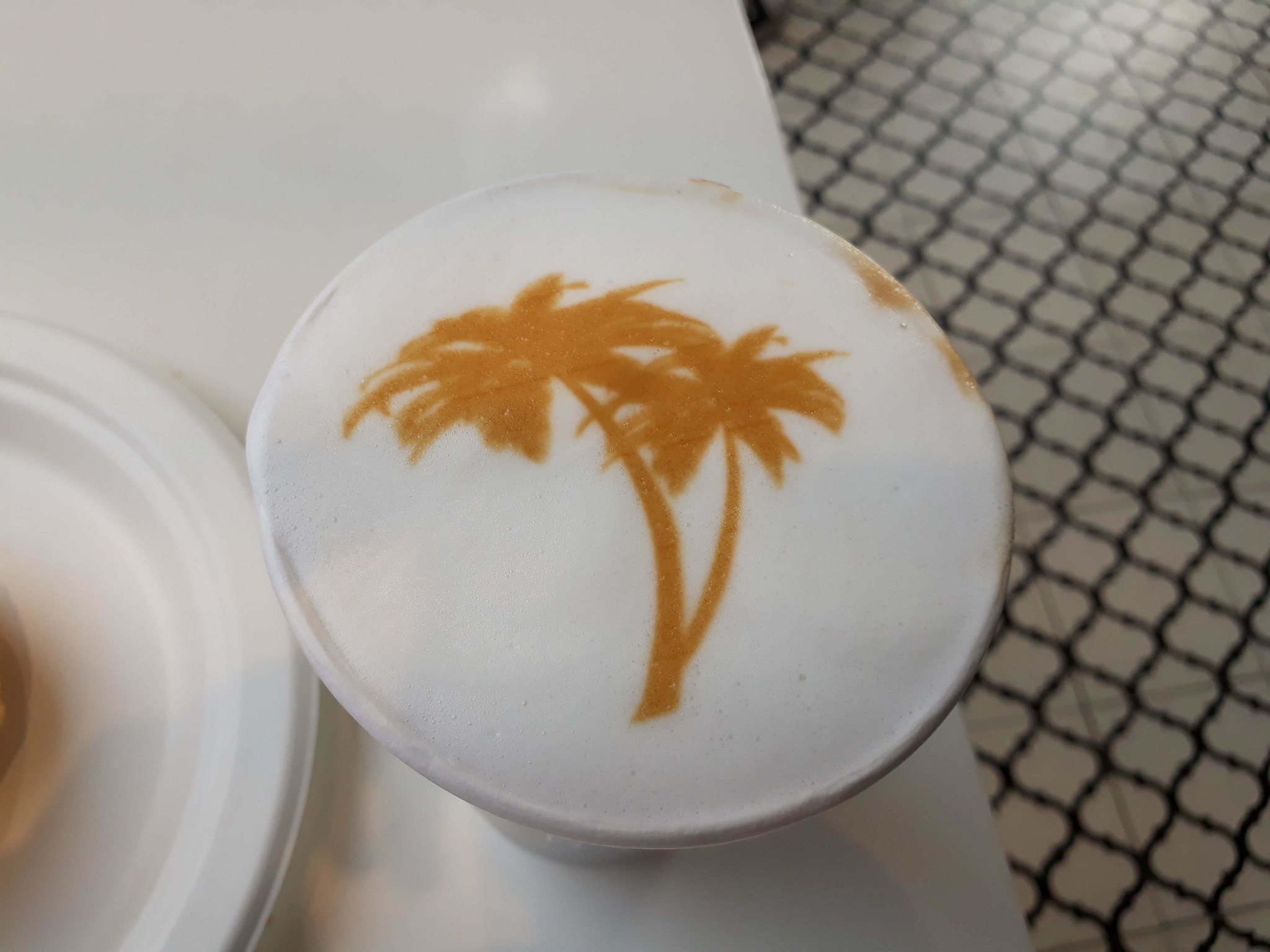 Located in the heart of the affluent West Hollywood scene, Carrera Cafe is an Italian-inspired cafe not only for coffee, but also brunch (aka “quintessential part of LA culture”). The exterior is practically a mural, with colorful art and a rose-covered entrance that makes it like stepping into a perfume commercial. Carrera’s interior is also Instagrammable, with checker-tiled floors and neon lights for a classy, Hollywood-esque aesthetic.

Carrera is also famous for its latte art, created by the design company Ripples. It’s not just your typical heart latte; it’s slogans, animals, landscapes, whatever you want customized. You can download the Ripples app and upload a specific image in advance, or head to the shop itself to select a template instead. I opted for palm trees, which are symbolic of Los Angeles, and it came out clean and crisp…before I ruined it by drinking it!

The latte art is beautiful, and the latte itself is pretty good, although I’d say it’s nothing to write home about. But the reason why I chose to include Carrera on this list is for its aesthetics– while you won’t necessarily get the best-tasting drink or even service at this cafe (after all, it’s in affluent Melrose), you go for its Instagrammable qualities. Plus, it’s just across the street from the equally-Instagrammable Pink Wall, so playing tourist for a day comes with its perks! 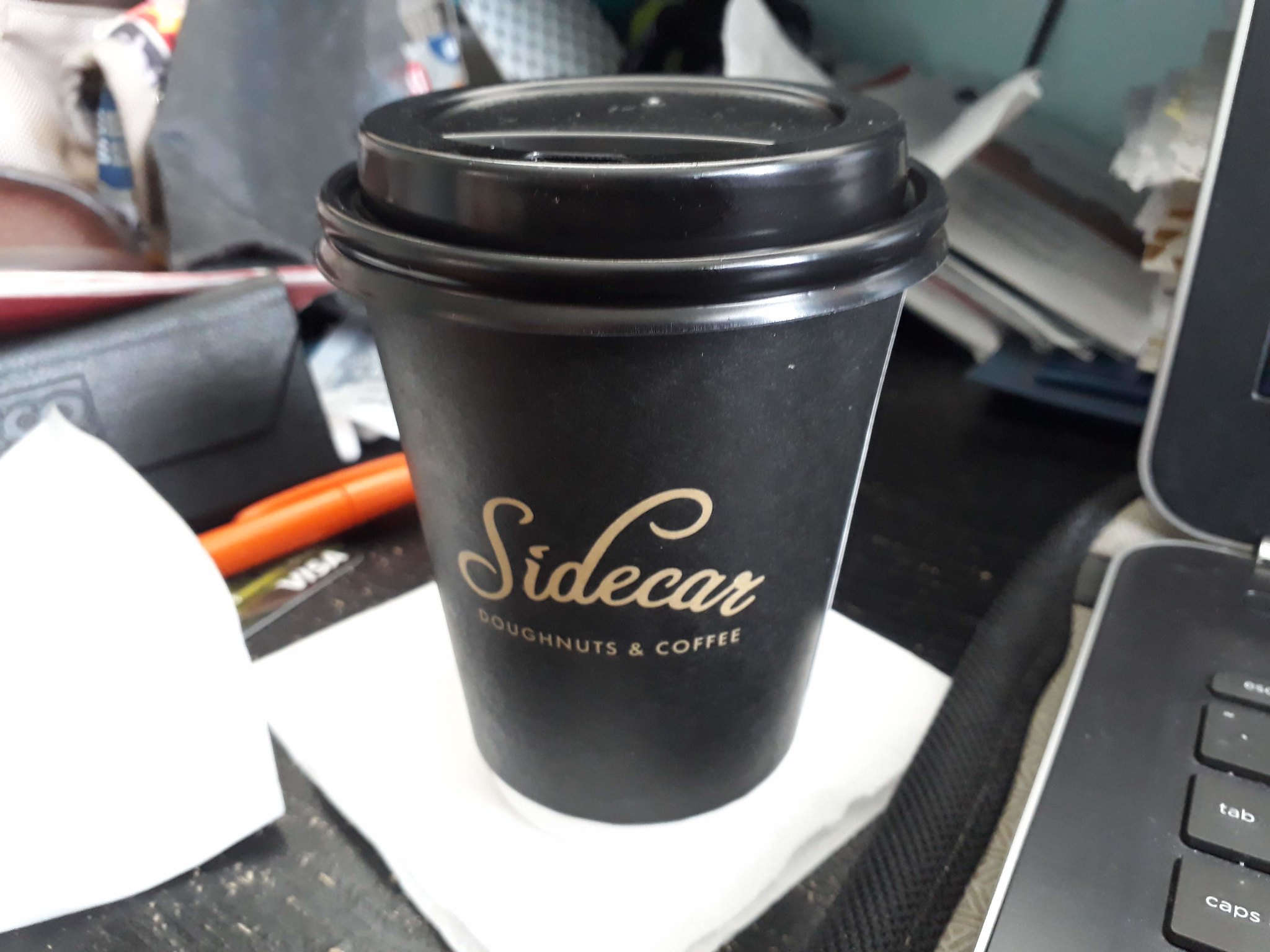 While Sidecar is primarily a doughnut shop, it also comes with delicious coffee. Established in 2013, Sidecar Doughnuts and Coffee has a dozen or so locations throughout Southern California, but I’ve only ever gone to the ones in Los Angeles County. You can’t go wrong with the classic Huckleberry doughnut, that’s for sure!

Stepping inside the shop, you’re immediately hit with a sweet, almost cloying, scent of fresh doughnuts being made. Sidecar prides itself in making fresh doughnuts every hour, so that you’re almost guaranteed to have them piping hot and fresh when you purchase them. Staff is friendly and pleasant, although I will say the background music is a bit too loud for my taste, as I’ve sometimes had to shout my order to be heard…

…but about the coffee. I’ve tried a couple of Sidecar’s coffees, including the chai and matcha lattes. But I’ve also discovered their distinctive Black Onyx Mocha, which is made with the eponymous cocoa. It’s pure cocoa with an extremely-dark color and, when mixed with milk and espresso, creates a deep, bittersweet taste. The flavor is bold and intense, and the caffeine is sure to leave you hyped hours later– worth every sip! 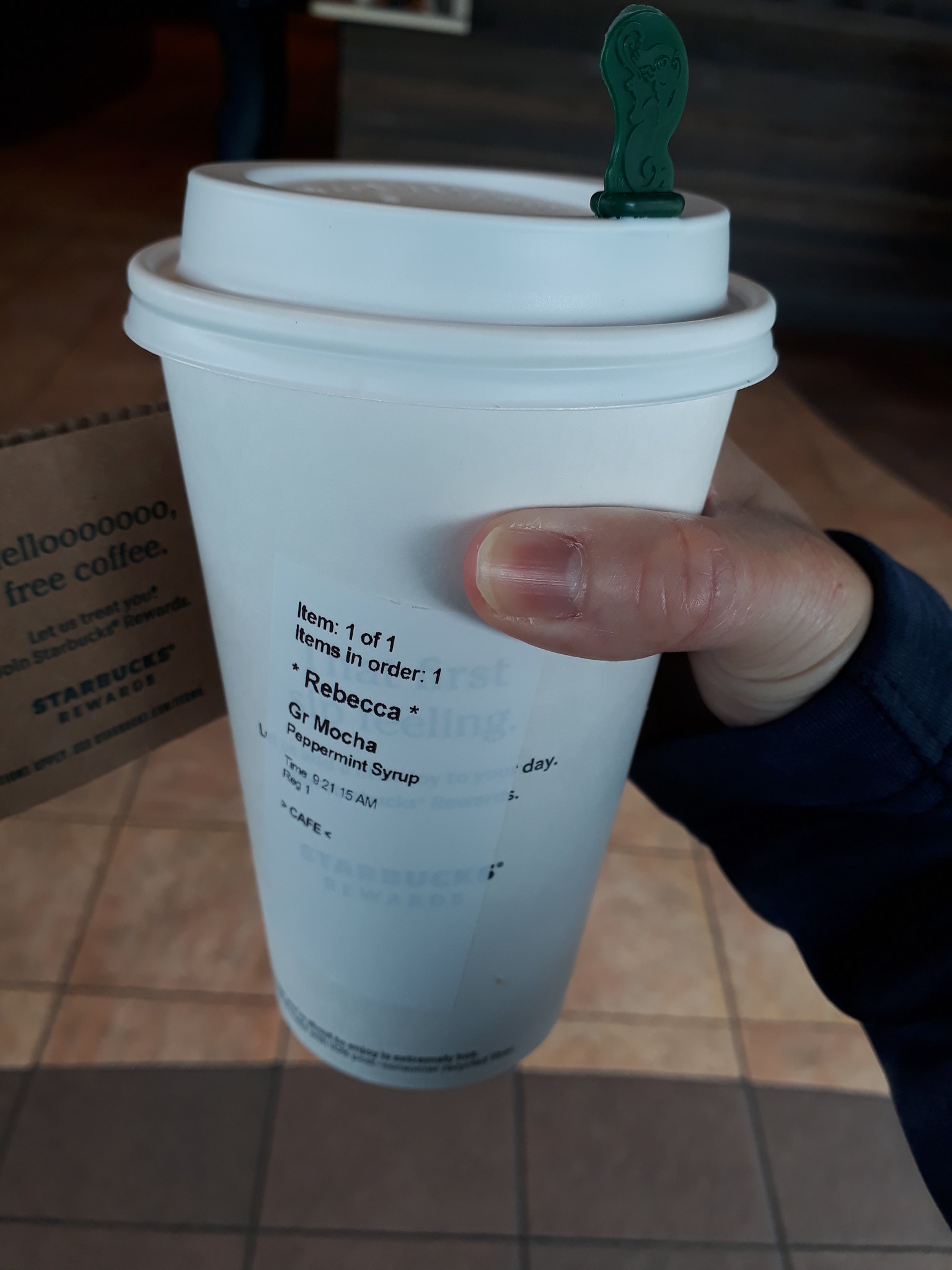 Okay okay, I get it. Starbucks is a mega-corporation worldwide, and many people (including myself) criticize its pricey and mediocre coffee. Since its creation in 1971 in Seattle, it’s basically sold itself out to be the “McDonald’s of coffee,” yet lines are still out the door on the daily (even in a pandemic!).

I could bag on Starbucks all I want. But seriously, the fact of the matter is that I still cave and get drinks there several times a month. I almost exclusively get their lattes, and I’ve tried almost all of them: chai, matcha, even PSL. But I’ve also gotten their Peppermint Mocha, which is actually my favorite drink from the S-Bux. I know that other big-chain coffee shops (Coffee Bean & Tea Leaf, Peet’s Coffee) also do the Peppermint Mocha, but Starbucks’s has made it the best, and consistently so. Even better that it’s available year-round, not just reserved for the winter holidays. So do yourself a favor and order the Peppermint Mocha next time you go– just make sure to request for an extra pump of peppermint syrup for enhanced minty flavor!

What are some of YOUR favorite cafes in your city? Let me know!