A couple of months back, Camden from Baguettes and Bicyclettes wrote a post on her favorite hidden gems in the south of France. I was inspired by her post to create my own, although this one will include my personal favorites from all over France, in general. Some are bigger in size, others more-famous… but the way I’m defining a “hidden gem” is by its locality (i.e. locals within the region know of the place). Regardless, they’re all beautiful in their respect, and I hope you enjoy their beauty, too. C’est parti!

PS You’ll find a handful of hidden gems from the Auvergne-Rhône-Alpes region, as I lived there in my last two years in France and explored a good amount of them. I’m biased, I know!

The white cliffs along this coastal town in Upper Normandy is a popular vacation spot for locals all-year round. Rivalling that of Dover’s in the UK, the chalky bluff has inspired the paintings of Monet and the writings of Maupassant, the latter who spent his childhood in Étretat. The small town is the perfect weekend getaway, or at least a day trip to hike above the cliffs and enjoy a beer by the shore. 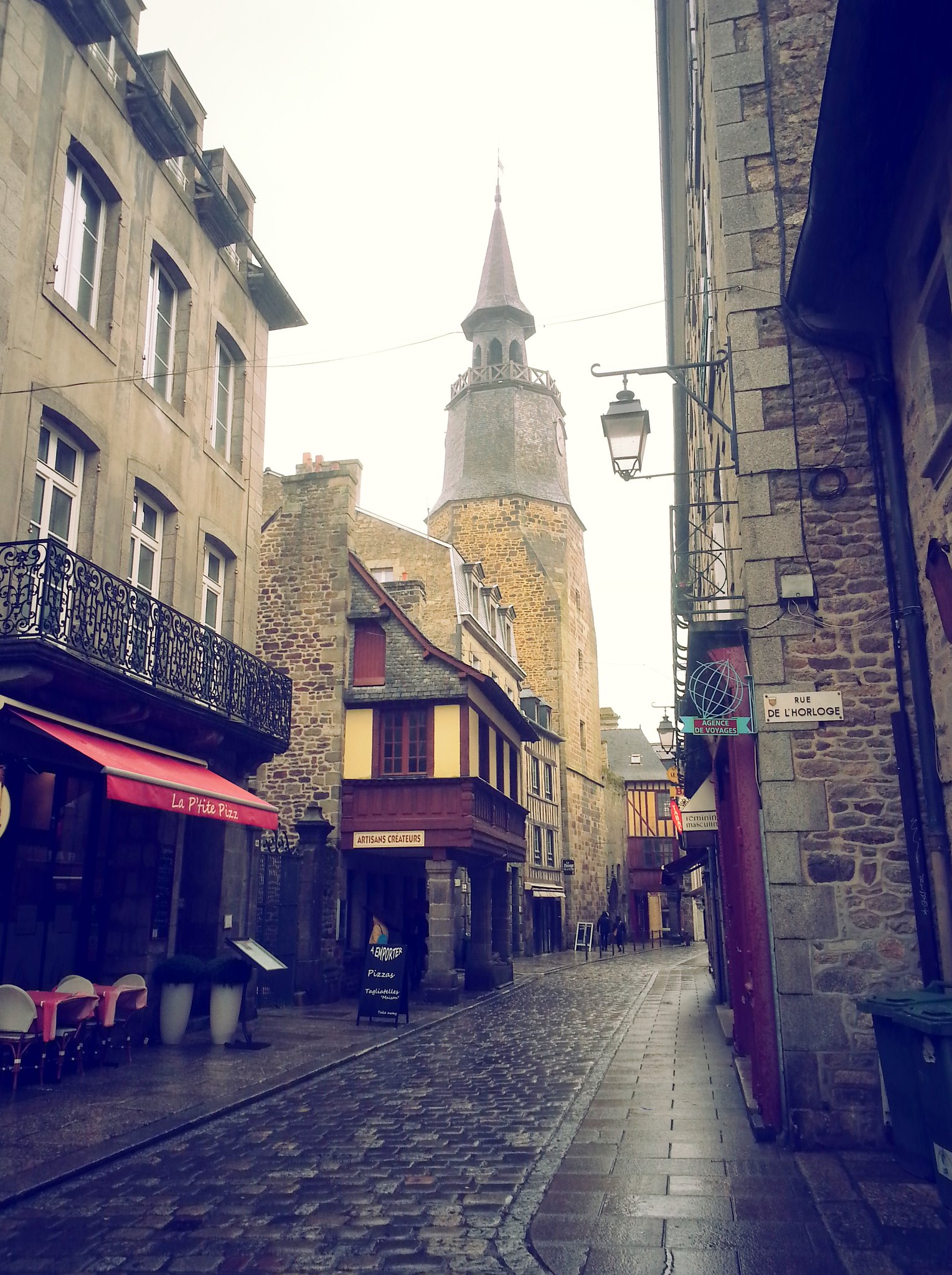 Paired with Saint-Malo (its more-popular cousin), the small town of Dinan is cold and cloudy for most of the year, due to the infamous Brittany weather. However, there is beauty to the overcast and rainy skies, which evoke a somber, brooding atmosphere to its medieval Old Town. Walking its well-preserved ramparts, as well as a dip inside the Château de Dinan, offers a great introduction to Breton culture: tough, resilient, and proud. 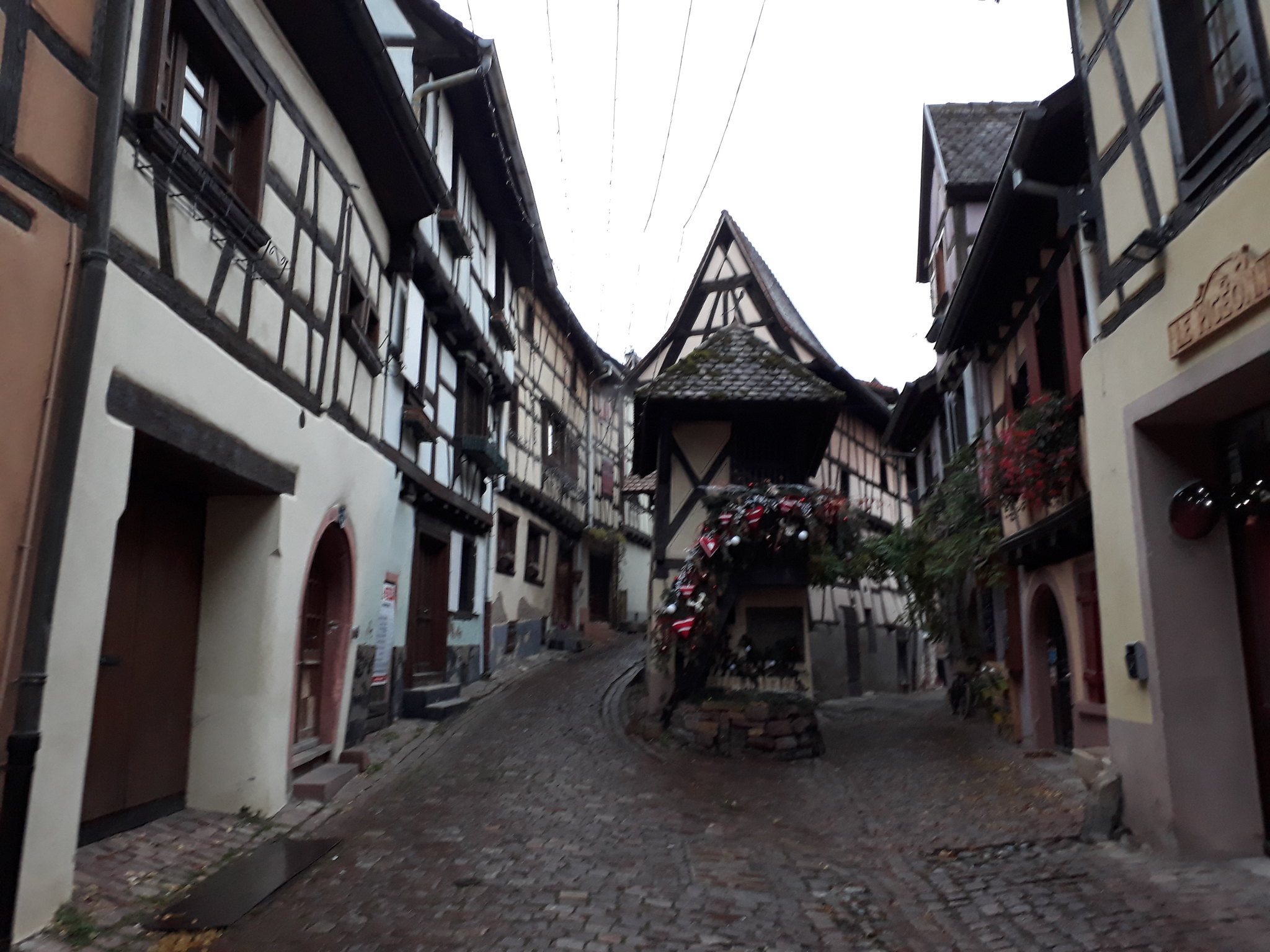 This village is considered one of “les plus beaux villages de France,” and it’s no wonder: its narrow cobblestone streets are accentuated by the colorful, half-timbered homes, which are characteristic of the Alsatian charm that the region has to offer. It is common to take the “circular circuit” around the periphery of Eguisheim, to get the general beauty of the village, before continuing on the “wine route” to other charming villages in Alsace.

Another of “les plus beaux villages de France,” Pérouges is strategically-built on a hill overlooking the Ain River, and is walled-off in its medieval center. The village is historically-home to craftsmen specialized in linen, but today is a popular tourist attraction for locals within and around Lyon. Pérouges is pretty with its rustic walls and buildings, occasionally accented with potted flowers. It’s also imperative to try the galette de Pérouges, a sweet, local specialty!

Among the others listed, this one takes the cake for being the “most hidden” gem in France. Located in the tiny town of Hauterives, le palais Idéal du Facteur Cheval is an incredible landmark constructed by a postman in the late 19th century. Getting to the site without a car is tricky, but doable if you have the will and drive to do so! You could easily spend an afternoon admiring the details of the “palace,” as well as climb it like a playground! 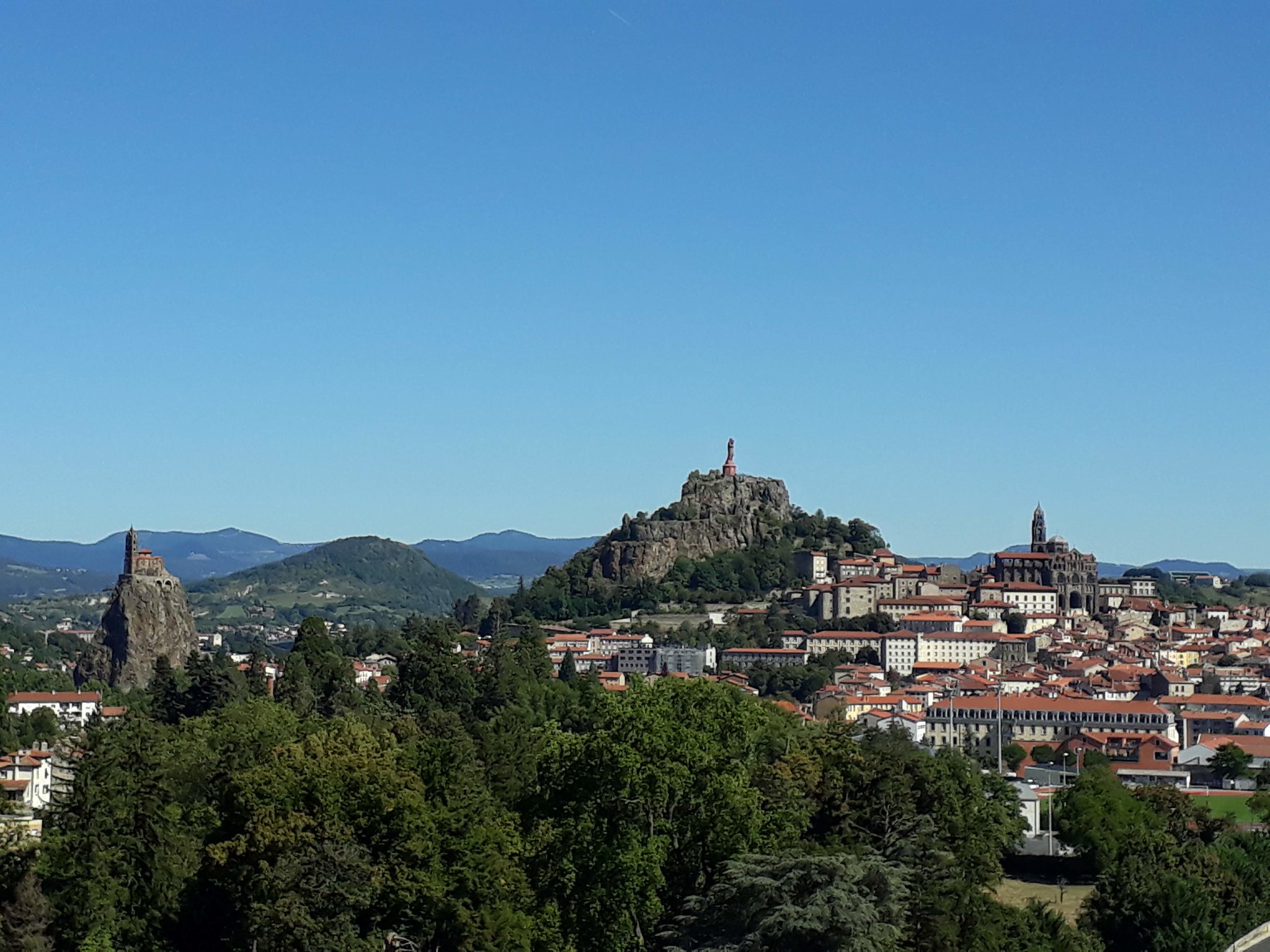 “Le Puy” for short, this small town has been a notable pilgrimage site for those journeying along the Camino de Santiago in France, as well as where Charlemagne had visited in the 8th century. Three of its major sites are located on three hilltops– the cathedral, the Virgin Lady statue, and the Saint-Michel d’Aiguilhe chapel– all stunning to see. Le Puy also hosts the region-famous Fête du Roi de l’Oiseau every September to revel and make merry in.

Just an hour from Toulouse, the small city of Albi is a delight with its rustic, brick architecture, all situated along the mighty Tarn River. Its cathédrale Sainte-Cécile is a UNESCO World Heritage Site, wondrous in its imposing Gothic stature, and the palais de la Berbie just around the corner offers a beautifully-manicured garden to stroll in, with views of the river from the ramparts. You can easily spend a day discovering all that Albi has to offer!

Pau is considered more of a big city than a small town, but it’s not as well-known as its more-famous brother, Bordeaux, about two hours away. Regardless, Pau is a unique city in regards to its location, as it’s straddled between the snow-capped Pyrénées and the hillsides of the Jurançon wine country. Its elevated Boulevard des Pyrénées is a treat to stroll along, offering somewhat Californian vibes with its warm sunshine and palm trees. 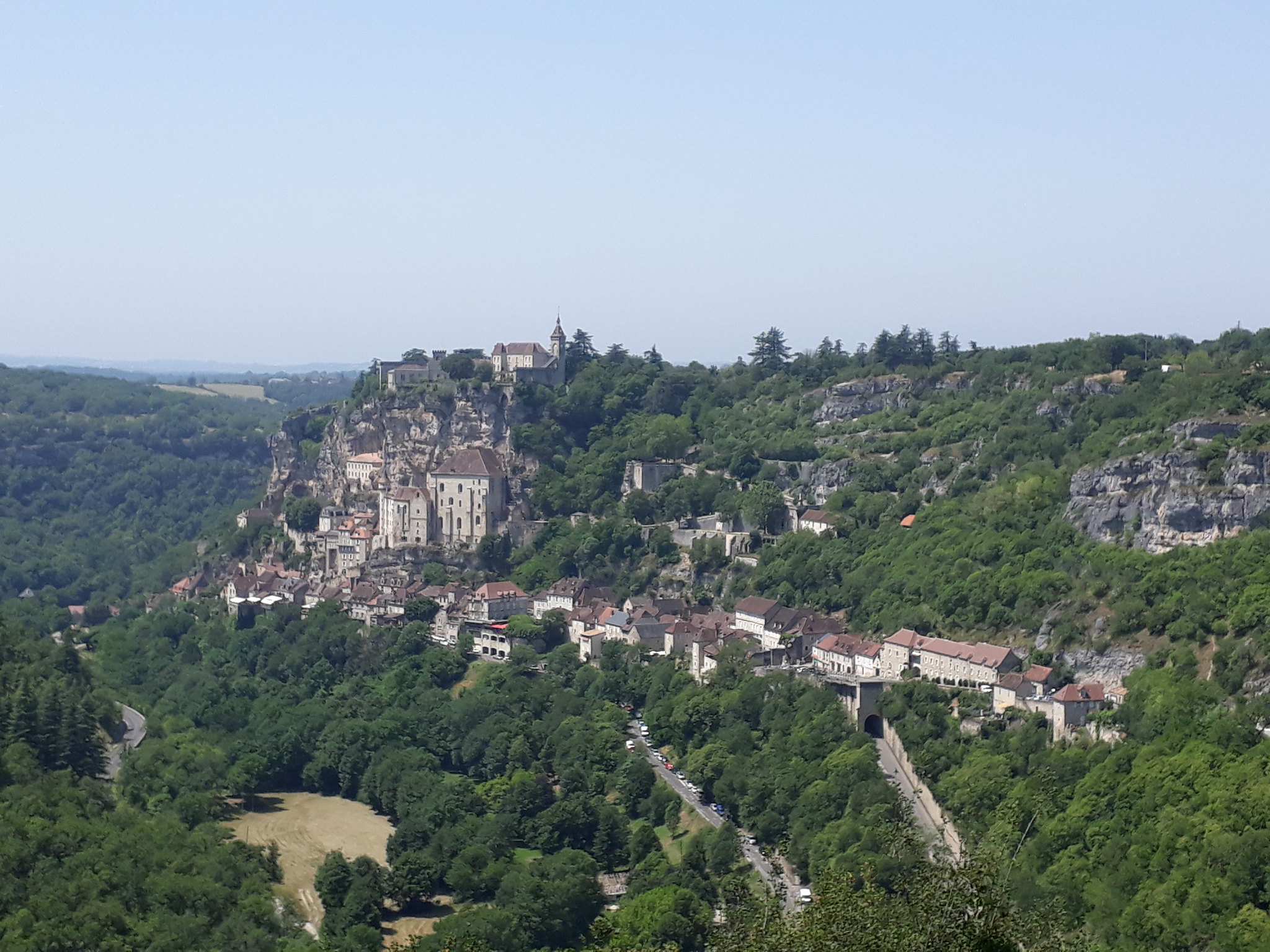 Nestled deep in the Lot department of Occitanie, this small village is impressive in the way it was built, i.e. along a cliff. Rather than being spread out on even ground, Rocamadour was constructed vertically, and its views from the distance are impressive. Its appeal is also due to its obscurity, as it can be a challenge getting there by public transport. But the pilgrimage over to this historically-religious town is all the more worth it in the end. 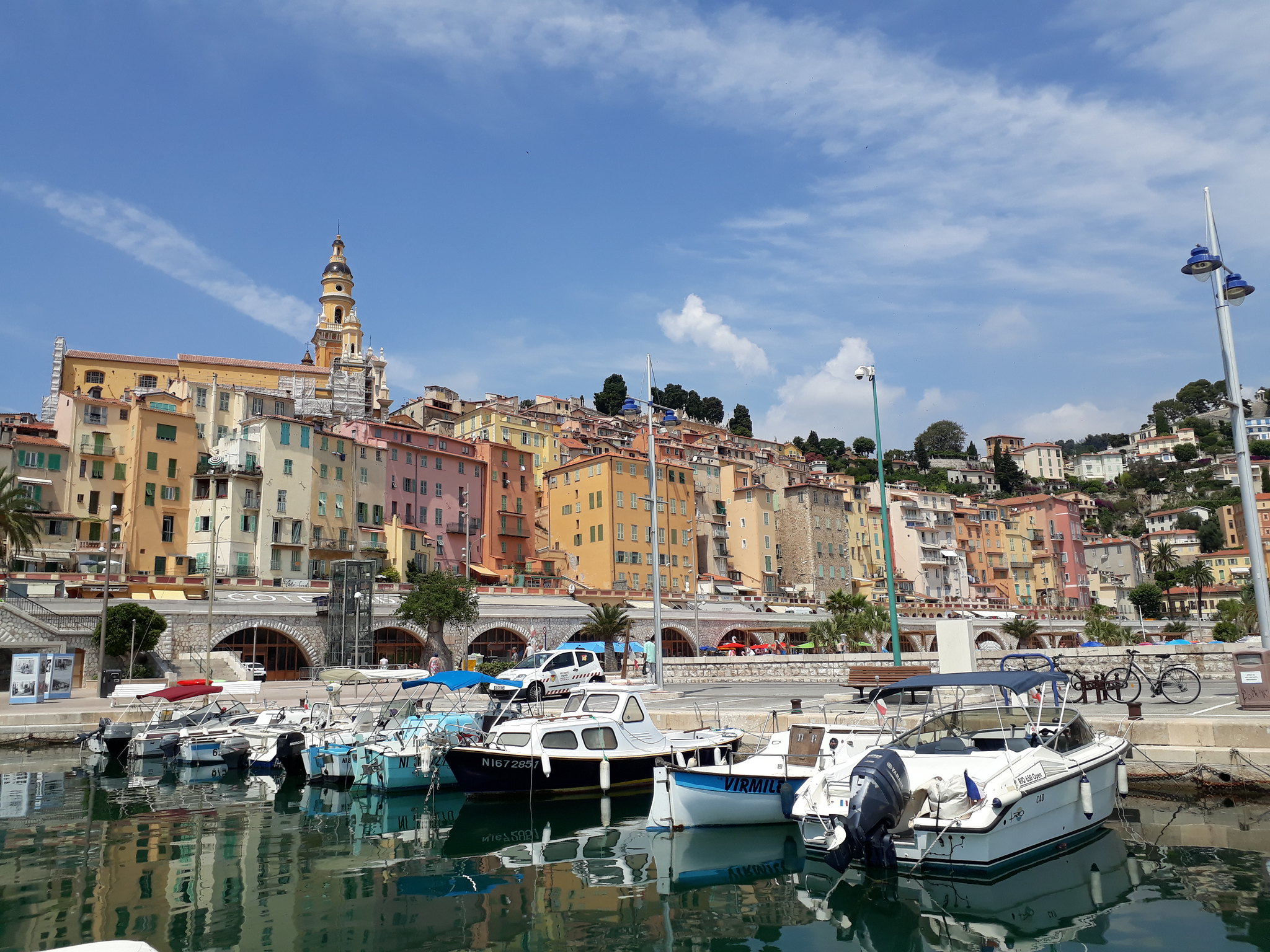 Menton is situated just steps away from Italy (3 kilometers/1.9 miles), yet it still retains its French-ness, particularly that of the French Riviera. It’s a colorful, small town known for its lemon production, and you can’t help but fall in love with the yellow-orange walls of its Old Town, as well as the charm of its stunning harbor. It’s never a bad idea to relax with a glass of rosé by the dockside, to take in the beauty of the “pearl of France.”

There are plenty of other hidden gems I did not list in this post, so it merits another one in due course. 🙂

What are your favorite hidden gems in France? Let me know! Bonne journée.