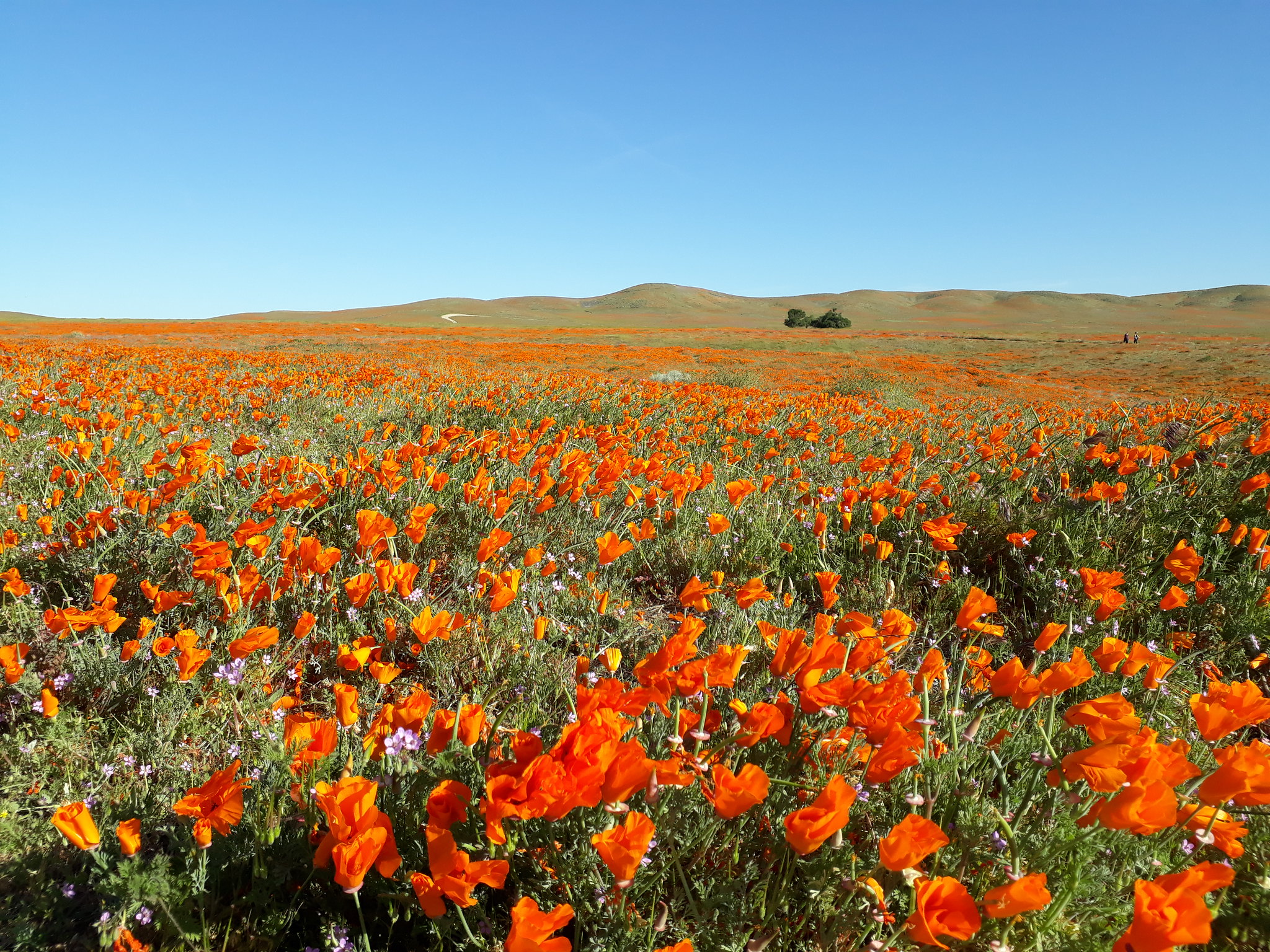 That said, Antelope Valley is considered part of LA County, also known as the “Greater Los Angeles Area.” In fact, it’s at the northern-most border of Los Angeles, just a hair away from the neighboring Kern County. This region got its name from the native antelopes that used to roam the dry plains, but have since died out in the late 19th century.

Compared to the dense urbanization of central Los Angeles County, Antelope Valley remains surprisingly untouched, with the exceptions of the major city hubs of Lancaster and Palmdale. Driving through the desert-like fields, you can’t help but wonder at the difference between the “civilization” of downtown LA and the almost “Wild West” landscape of the valley. In fact, famous American actor John Wayne grew up in Antelope Valley, and it’s certain that the barren fields had inspired much of his rugged cowboy Hollywood films.

Growing up, I’d only heard of Antelope Valley in passing, mostly due to the weather forecasts which aired on TV for Lancaster and Palmdale. I’ve never lived anywhere near that area, so I’ve never really known what there was to do. It wasn’t until I got older that I discovered the local beauty of Antelope Valley’s poppy fields, which bloom between March and May every year. And it wasn’t until just last year in spring that I made the trip over to experience the beauty for myself.

Even though Antelope Valley is situated in part of the Mojave Desert, it still gives rise to a stunning abundance of golden poppies, which are California’s official state flower. The poppies are located in the Antelope Valley California Poppy Reserve, a rural part of the valley with the closest city being Lancaster just 15 miles/24 km away. It’s a local attraction as LA residents from near and far flock to the reserve every year during springtime to revel in the sweeping fields of gold, all the while taking billions of selfies for their social media. 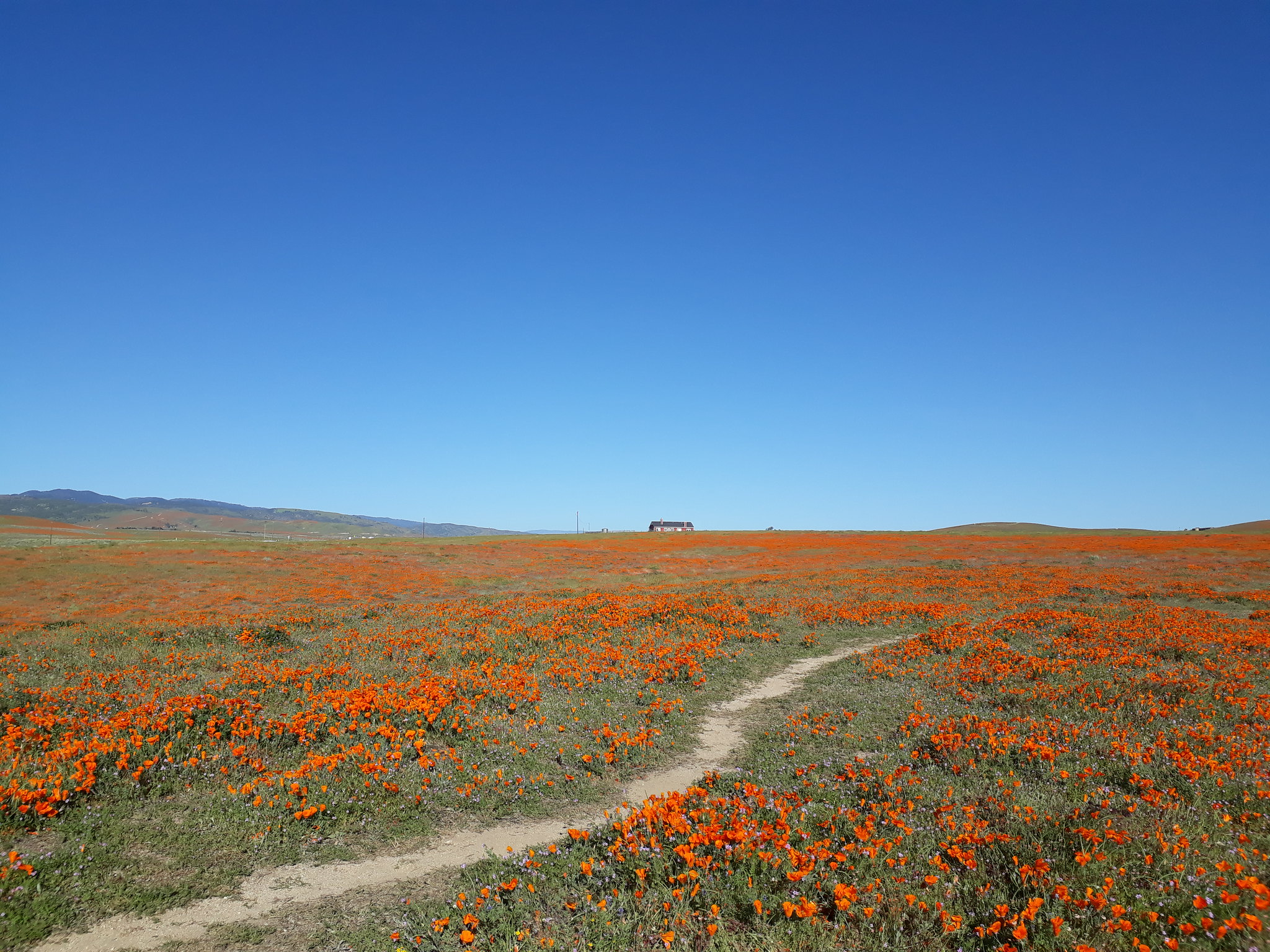 My family and I went to Antelope Valley for the poppy fields in late April last year. Granted, the pandemic was in full swing by then, but we’d planned to wake up early (before sunrise) to mask up and hit the road before crowds came later in the day. That said, we left at 6:00 to make the 90-minute drive over, which ended up being closer to two hours because of LA traffic (still exists, even during COVID-19)!

Getting out of LA proper took the most time; I forgot just how ridiculously-massive the county was. It wasn’t until we passed several small state parks and entered San Fernando Valley that the traffic gradually dispersed and, soon enough, we were the sole vehicle flying past Santa Clarita, and we reached the Lancaster area close to 8:00.

I got glimpses of the golden poppies from outside the window as we got closer to the state reserve. At first, they were scattered and sparse, but they soon became abundant. It was also a gorgeous, blue-sky day, which was a real treat especially after waking up before the sun was out! 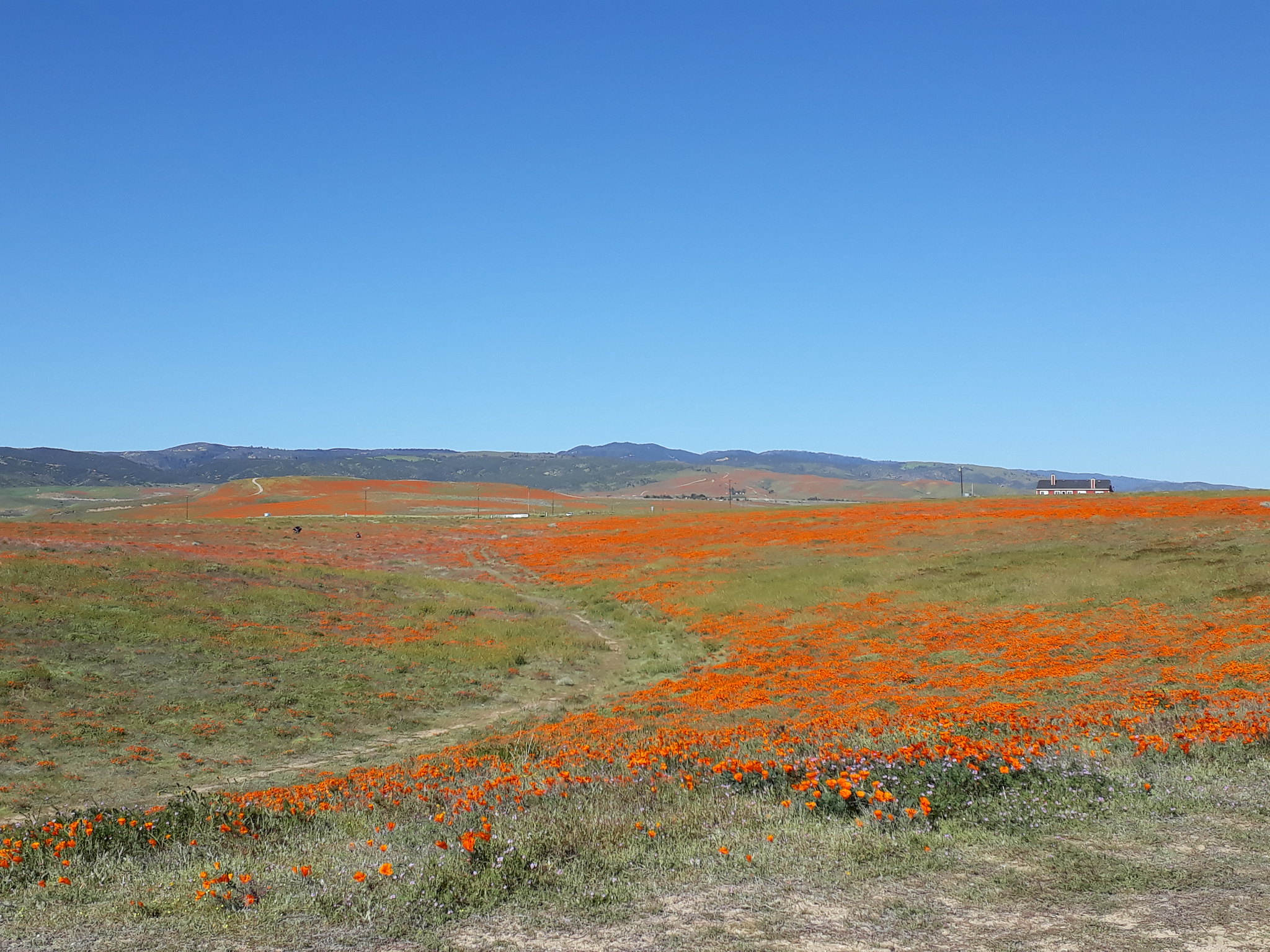 Due to COVID-19, the state reserve was closed, but our plan was to, *erm,* infiltrate a private property that my friend (who’d visited the poppy fields the week prior) had tipped me off with. She’d informed me that it was off the main road, with a pedestrian dirt path that would take us over to the sweeping golden fields. It sounded vague, but after a satellite Google Map search the day before leaving, we had a better idea of where to locate the field.

Yes, it was private property, but obviously, the owner didn’t care that visitors came to check out the poppies. It was important, however, not to tread or sit on the poppies, as they grew naturally and would be difficult to grow back come next spring. Simple enough. My family and I found the entrance to the property just a few miles from the actual state reserve, and we parked the car along Lancaster Road to make the trek up the narrow dirt path to the poppy fields. 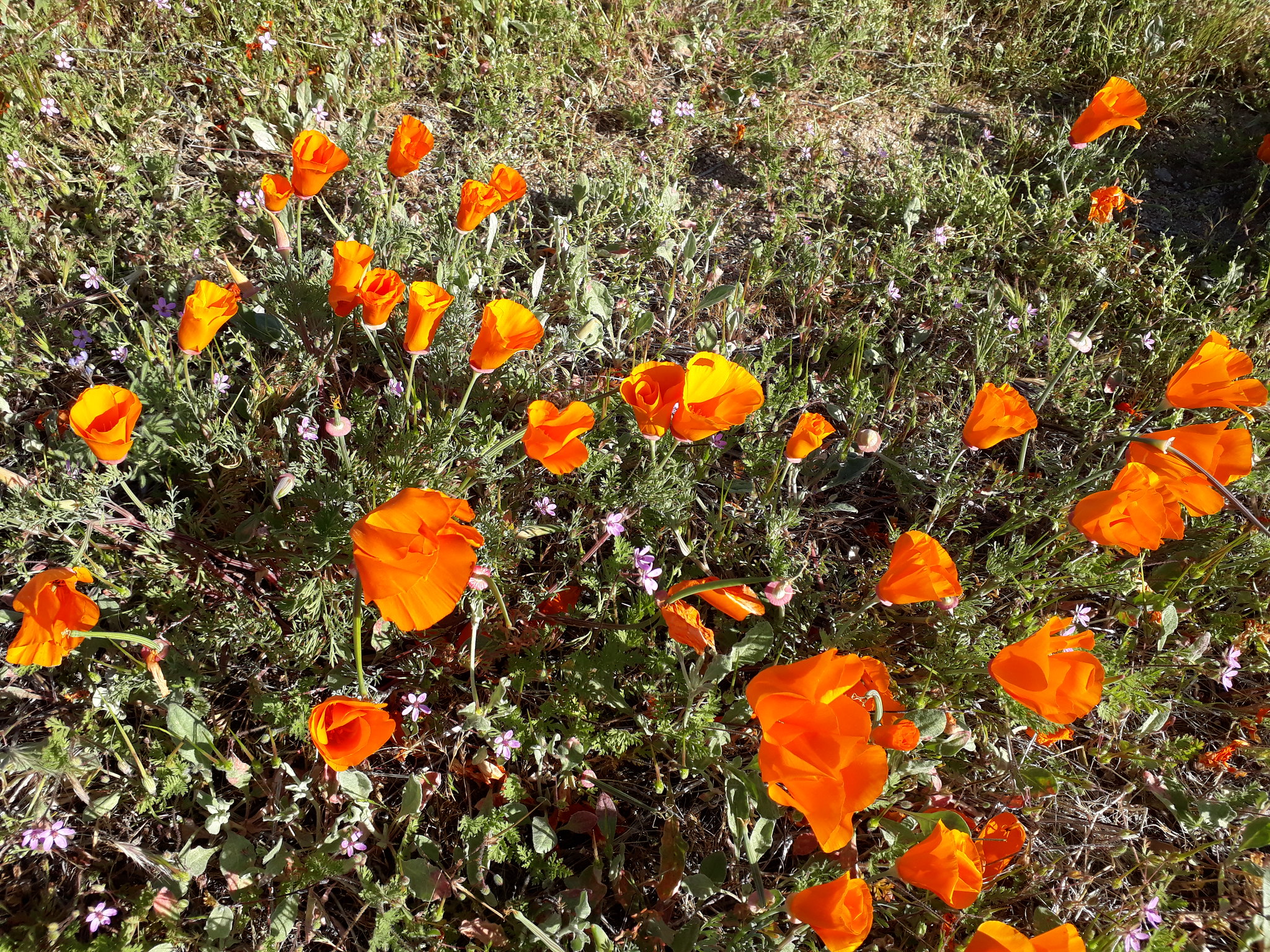 As Antelope Valley is located in the desert, it’s advisable to be prepared for the weather. Even though it was a beautiful, sunny day, it was also very windy, given that it’s in the isolated valley. It’s also important not to stay out too long, especially if you go during midday, as temperatures can get brutally hot. It wasn’t too hot when we were there in April, as it was more of the wind that was the issue.

The poppies were plentiful and sublime. We’d heard that, depending on how much rain there had been in the past year, some years would have less poppies than others. We happened to have visited during a “Super Bloom,” and particularly at the height of the poppy bloom in April. By May, it would get too warm for the flowers to withstand the heat, and they would die off. It was quite the view, then, to see the gentle, rolling valleys covered with golden petals. 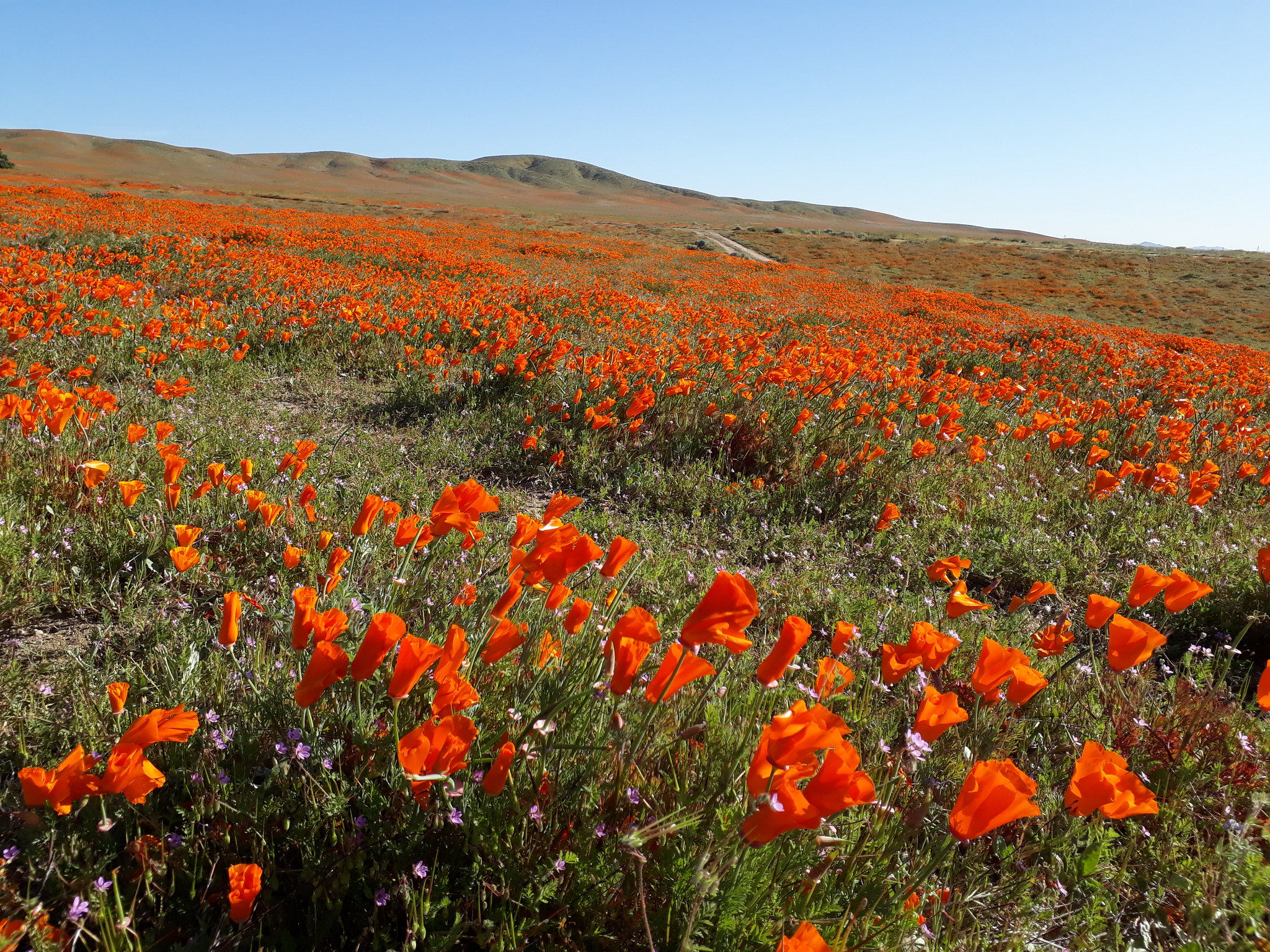 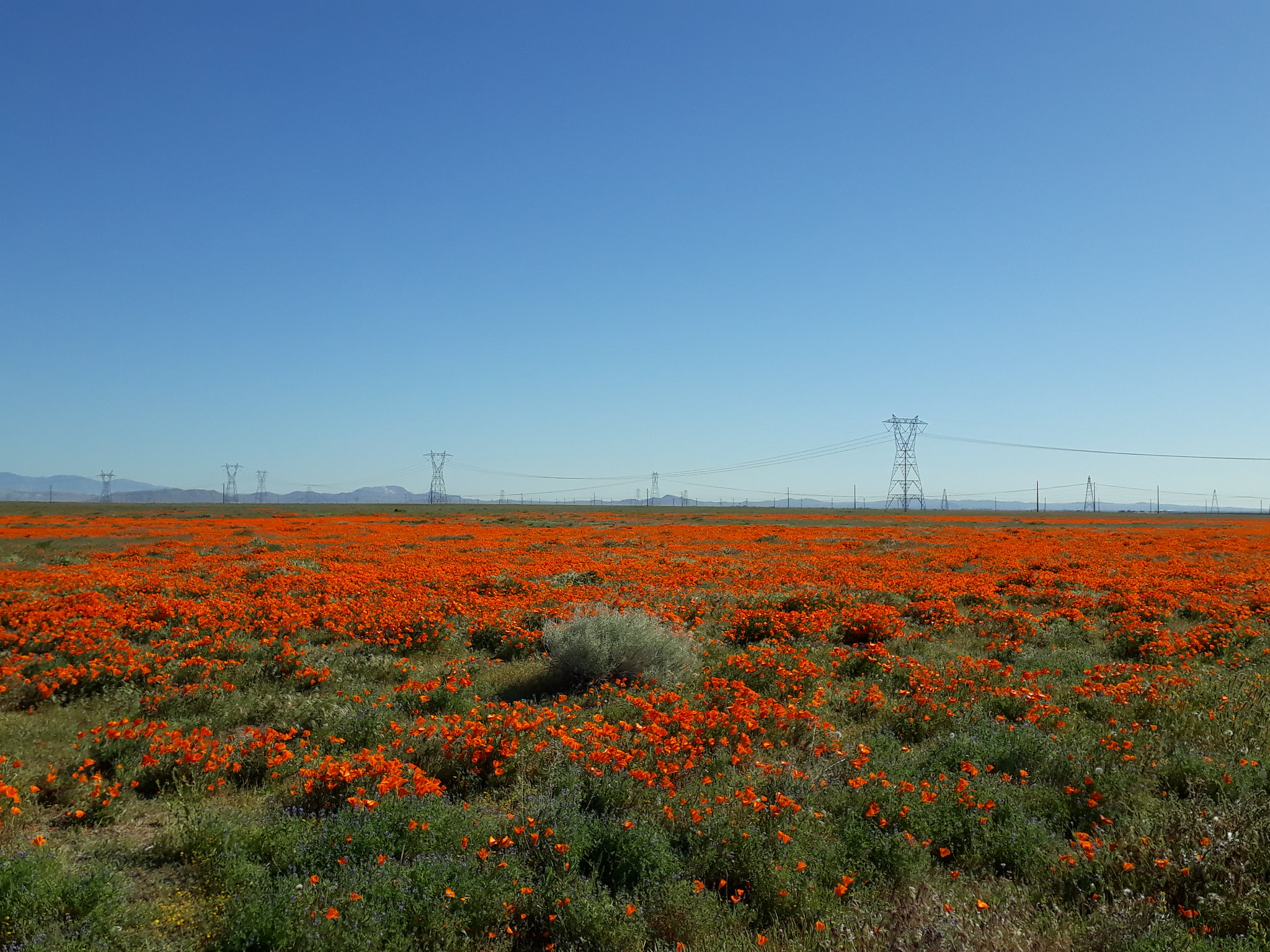 My family and I took a walk around the fields for about an hour, taking many photos and admiring the fields with our eyes. It was then time to head home, and we made the trip back to urban Los Angeles, reaching home just in time for lunch. Our day trip was brief, but it was a worthwhile time invested to see the beauty of our hometown. I highly-encourage visitors– local and outside– to make the trek over to Antelope Valley for the poppies, especially if you’re in the area in the spring.

Thanks for reading, and more on Los Angeles to come soon!