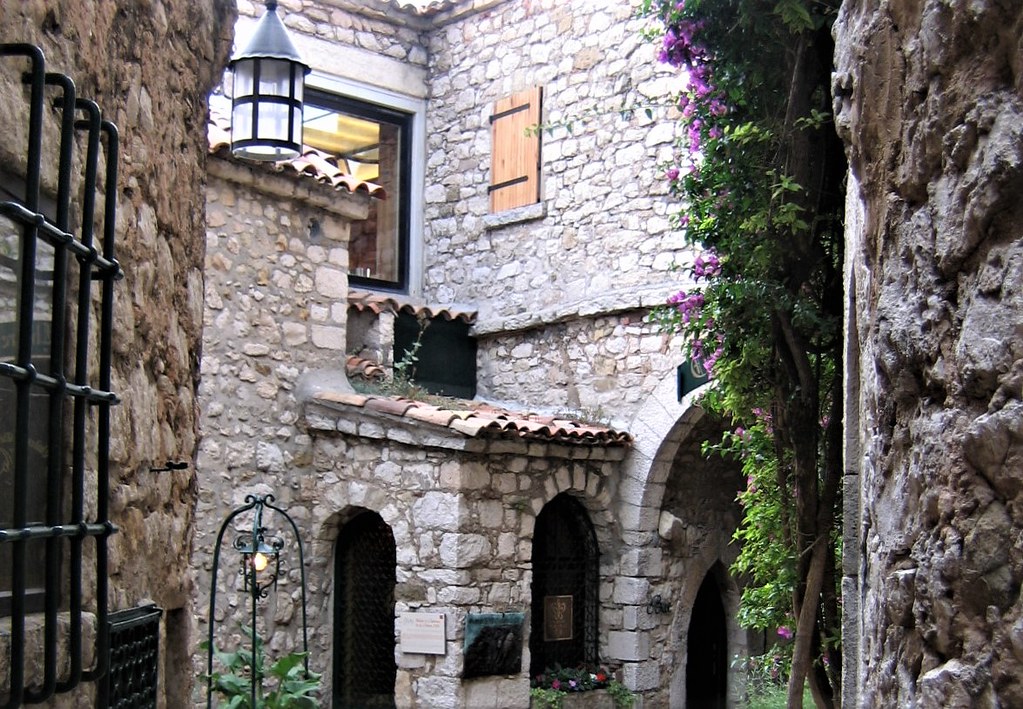 Summer is fully here, and although the situation these days (*ahem COVID-19) is still restricting much of international travel, I can feel that things are definitely looking up compared with last year and to expect it to keep going up from here. Until things resume complete normalcy, however, I would like to share some of my summer travels from the past to engage the adventurous spirit– in you, me, and everyone else.

Since starting this blog almost five years ago, I’ve dedicated every summer to a multi-post kind of “series” of current and previous trips I’ve done around this time of year. From my Japan/Taiwan series to my Scandinavia and China ones, I get to reflect on the different experiences I had visiting these various parts of the world, and to compare field notes with my past and present self. Even after I’ve graduated from school and no longer have summer breaks, I have still found summer to have an “eternal” charm to it. As Ann Brashares puts it:

“Summer feels like a blank slate, a perfect place to begin a new story…summer has a timeless feel, where the more particular rhythms of [school and work] fix you in time and space.”

That said, this summer’s “Travel Series” will be dedicated to my time in Europe, specifically along the Mediterranean. The year is 2006, and I am a teenager who has yet to hit her stride in identity and confidence. This trip was my first to Europe, where I experienced a lot of other firsts: first time in France, first time trying alcohol, and first time almost missing my flight back home. More on all of that to come soon…

My summer 2006 trip was a 14-day cruise, in which my family and I hopped from city to city, country to country, for a taste of each place– whether for a couple of hours or a full day. We started in Barcelona and ended in Venice, with multiple stops in France, Greece, and even Croatia. For the sake of this series, I will not be including the destinations which I ended up revisiting later as an adult, including Barcelona, Rome, Naples, Venice, and Dubrovnik. Rather, I will focus on the ones which I had gone to on this particular trip, but have not returned to since then. Of course, I do hope to revisit them someday, once the world stabilizes.

Contrary to popular belief, Nice (pronounced “neese”) was actually the very first city that I visited in France– not Paris. In fact, my family and I didn’t even fly into Paris to start the trip, as we’d flown into London, then Madrid, then Barcelona to commence the cruise. That said, my introduction to France wasn’t the classic Eiffel Tower grandeur, but rather the south of France/Mediterranean vibe. It was a unique start, to say the least.

Unfortunately, I haven’t been able to retrieve my journal entries from my time then; I scoured everywhere, but for the life of me, I could not find them. Therefore, I will have to rely on my scant memory from 15 years ago, and I will do my best to fill in the holes based on the low-quality photos I took.

After leaving Barcelona, our cruise ship docked in Nice the following morning. It was pretty early when it docked, and the July dawn was surprisingly cool and comforting from our room’s balcony. My first impression of viewing Nice’s harbor was that it was very “pink,” especially with the reddish rooftops that are characteristic of the southern France-Mediterranean charm. We would have a brief day of sightseeing not only in the town center, but also in the neighboring village of Èze, about 7.5 miles (12 km) away.

Our guided tour picked us up and took us to the Promenade des Anglais, where we got dropped off and had some time to stroll the 4-mile (7-km) strand, perhaps to grab an ice cream or a souvenir. It was around 11:00 or noon by then, and the weather was already heating up, well over 80°F (27°C). I recall the heat being rather humid as we took our time checking out the sunny walkway that is iconic to the city. 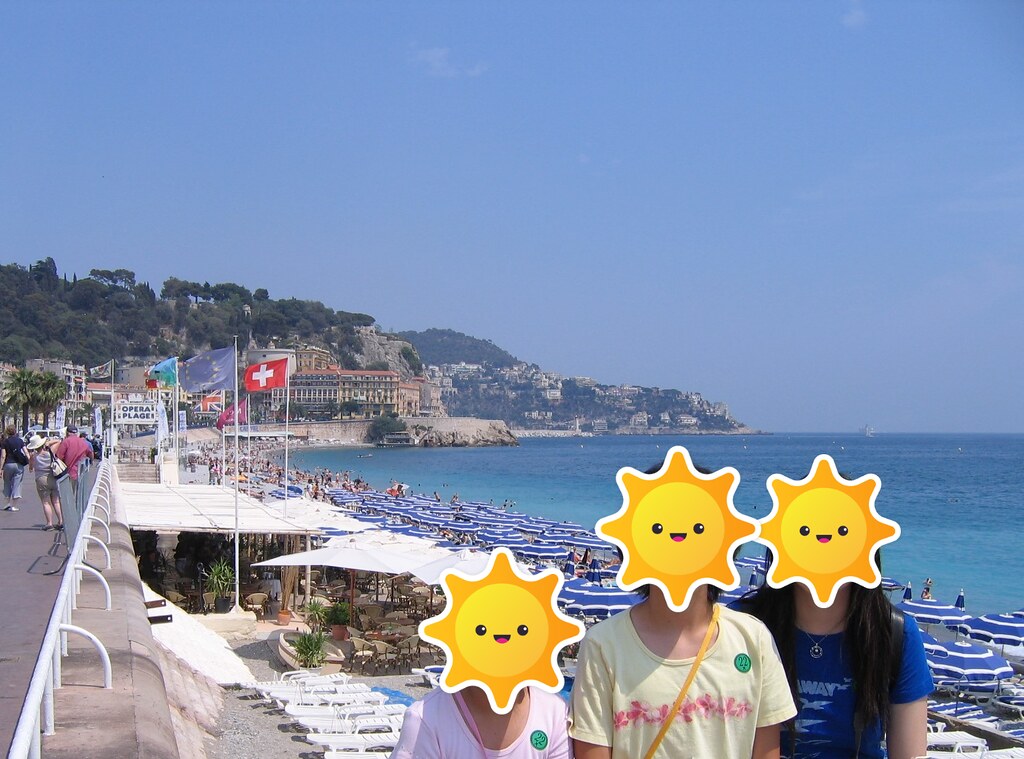 Me with my sister and cousin on la Promenade des Anglais (we look happy, trust me)!

That was pretty much our only time in Nice, as we soon hopped on the tour bus and were shuttled over to Èze for the afternoon. It took some time to get there, as it was peak tourist season and traffic wasn’t exactly the greatest on the road. I believe we also had to climb up the hillside to reach the Old Town, and from there, we had the afternoon to wander the medieval walls of the village. 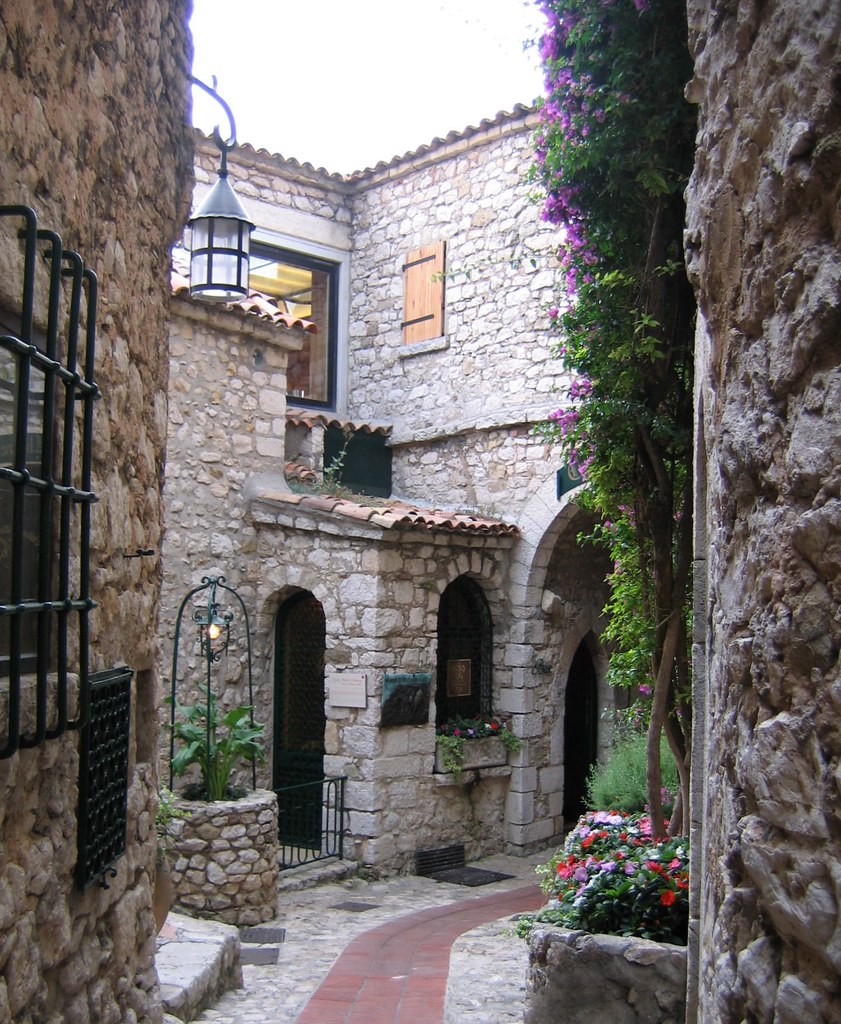 The streets and alleyways were narrow and thick with cobblestone, from floor to wall. Most of the places were merely souvenir shops, which didn’t interest me. But what did interest me was an adorable Pekingese puppy lounging around one of the stores– I pointed it out (“look, a Pekingese!”), and the French shop lady smiled and clapped her hands in joy. Despite her not knowing English and me not knowing French back then, having a mutual love for dogs was the universal language between us.

We came across the Chapelle de la Sainte-Croix, a 14th-century chapel and the oldest building in Èze. Its yellow façade is bright and sunny like the Mediterranean climate, despite the weather turning rather overcast that afternoon. Nevertheless, it was still a wondrous structure to admire and lighten our spirits. 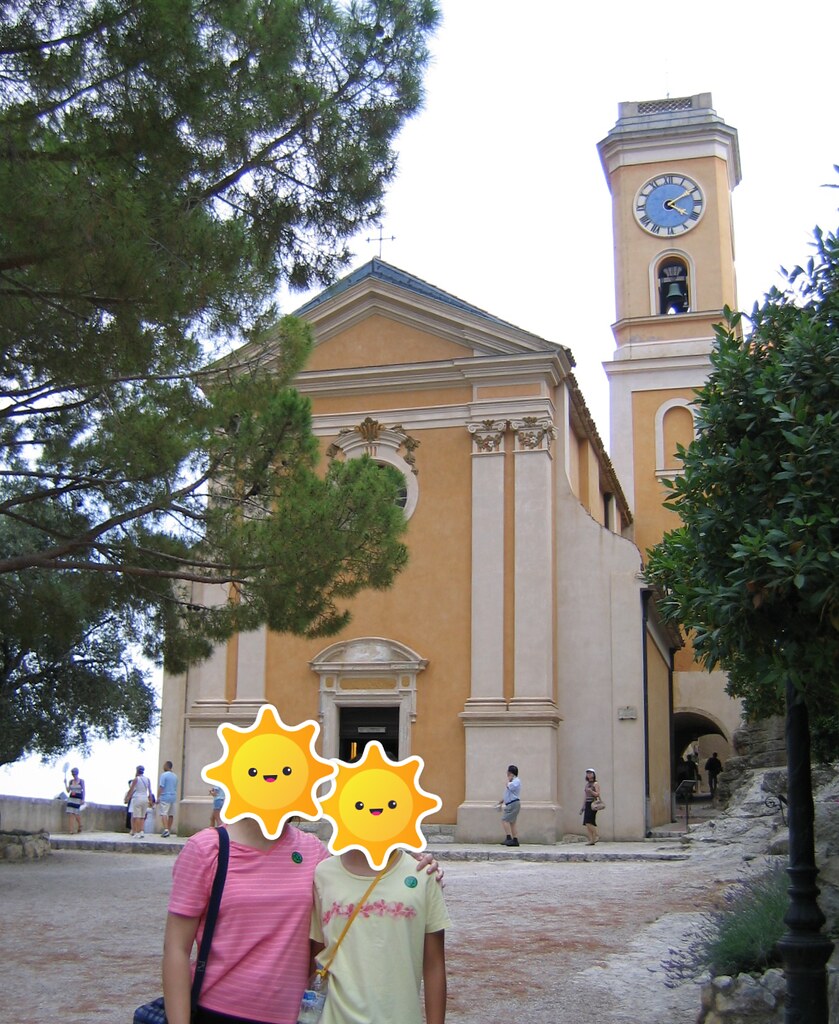 Me and my mom at the Chapelle de la Sainte-Croix.

Our visit culmulated at the top of the jardin botanique d’Èze, located on ruins of the village’s château. It’s home to a unique collection of cacti and succulents, which had been cultivated at the end of the Second World War. From the summit, it offers panoramic views of the village from below, as well as the cerulean-blue Mediterranean. Apparently, American mogul Walt Disney spent lots of time in this part of Èze whenever he visited France, and one can see why he loved it so much! 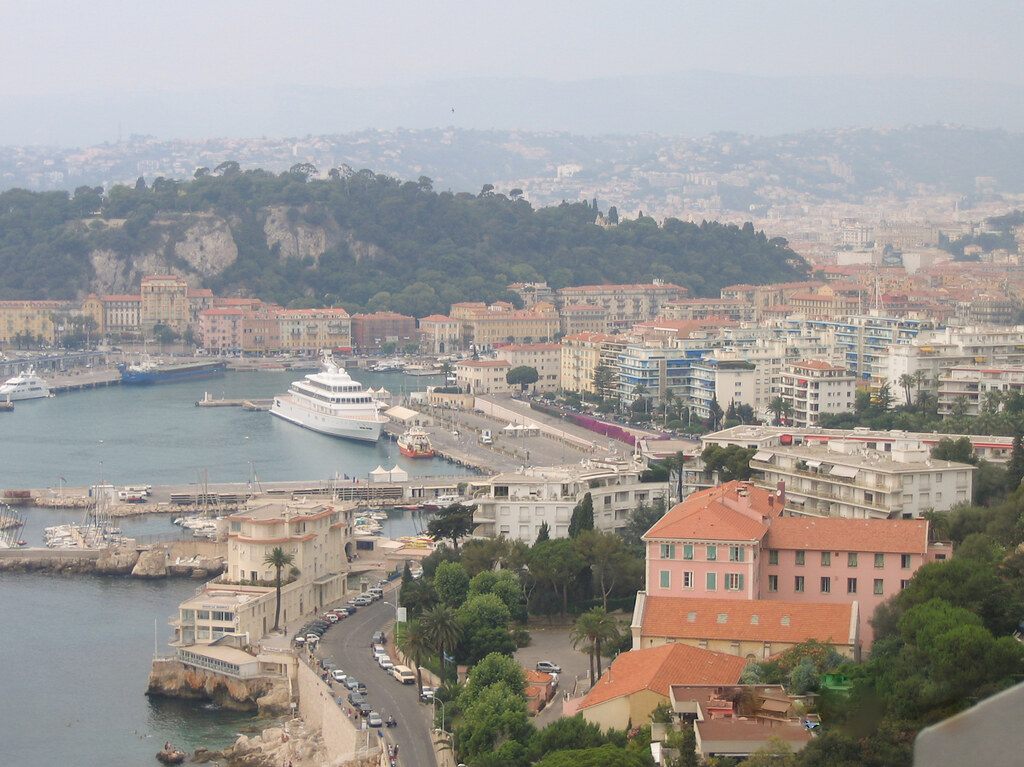 Views from the top.

It was already late afternoon when we concluded our self-guided tour, and our bus brought us back to the Nice harbor, where we returned to our ship to leave for our next destination. Our time in Nice and Èze was very short, but it provided a lovely taste of the French Riviera. I had not been able to revisit in the years afterwards, despite living in France for four years after university– I even passed through by train just two summers ago on my way to Menton! If I were to return to France someday, I would consider giving Nice another chance, to spend a bit more time seeing what else there is– all the while to soak up that good, Mediterranean sun.

Thanks for reading. More to come this summer!