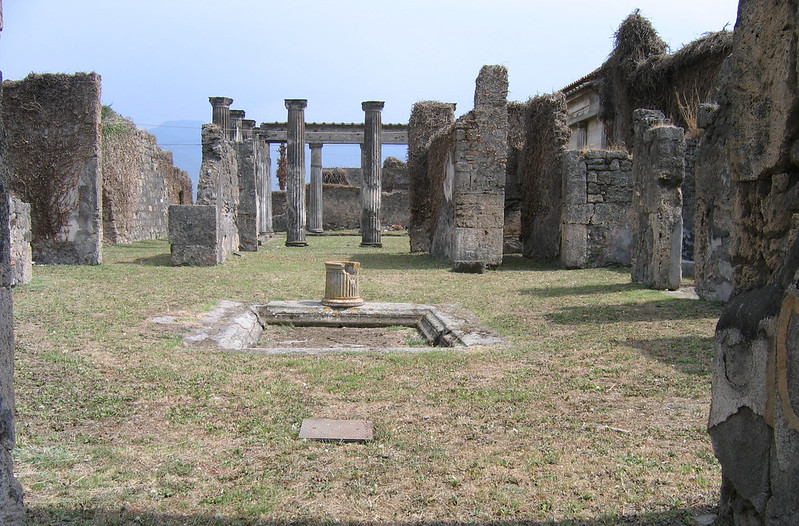 Once a thriving city, Pompeii has become a well-preserved ghost town today. It is one of the most-popular sites to visit as a day trip from Naples, offering a fascinating look into the tragic history of its inhabitants over a thousand years ago. All the more fascinating is that Mount Vesuvius, the culprit, remains an active volcano, ready to erupt any minute for another natural disaster. For the history buffs and archaeologists, Pompeii is a treasure-mine to check out.

My family and I had a brief day in Pompeii, as part of our two-week Mediterranean cruise that stopped through much of Italy’s western coast. After a whirlwind of a time rushing through all that there was to see in the mega-cities of Florence and Rome, we reached Naples for a quick lunch before taking a half-hour ride to the preserved former city, where we had an afternoon wandering the excavation sites.

I vividly remember our driver and tour guide, who was actually Hungarian, take us around each point of interest, giving a brief explanation of what each site was before leaving us to explore on our own. He also had a bawdy and weird sense of humor and would crack jokes with whoever would listen to him. I recall standing on a random piece of ruin, and him recommending me to “feel the vibe” of the haunted souls still living in Pompeii. I am not one for believing in the supernatural, but I found his comment amusing.

Because our tour guide was not much of an educator, we ended up trying to piece together the city’s history before and after the eruption. From reading any of the plaques we could find (in English) to observing the sometimes torturous-looking corpses mummified in ashes, we did our best to understand this abandoned city’s legacy on archaeology and Italian history today. 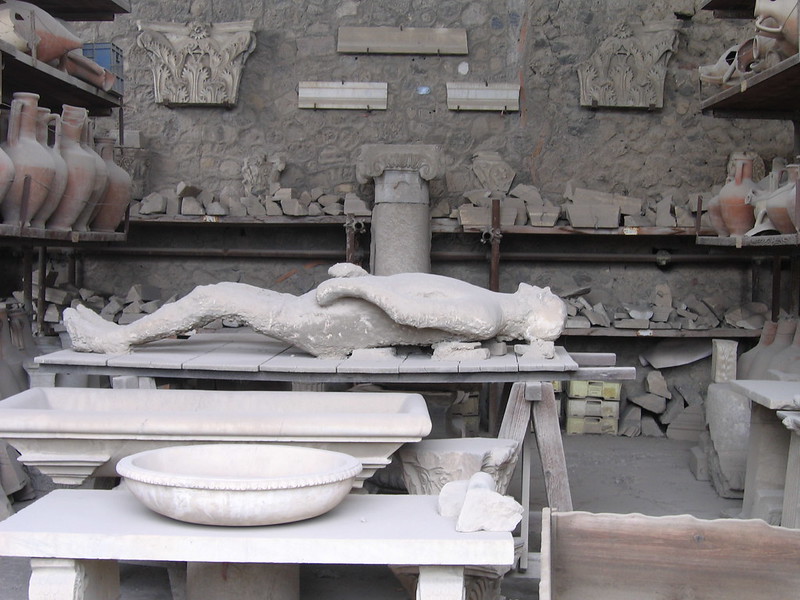 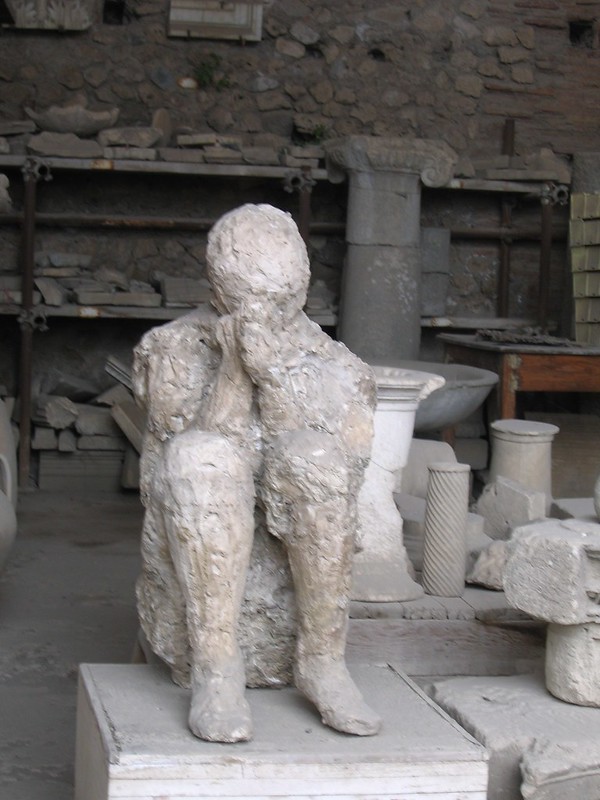 Pompeii is not a large site to visit, as not all of the former city has been excavated and accessible to the public. A lot of where tourists generally see includes the Forum, the Theatres (Grande and Piccolo), and exhibitions containing pottery and mummified corpses that’d been excavated back in the 18th century. 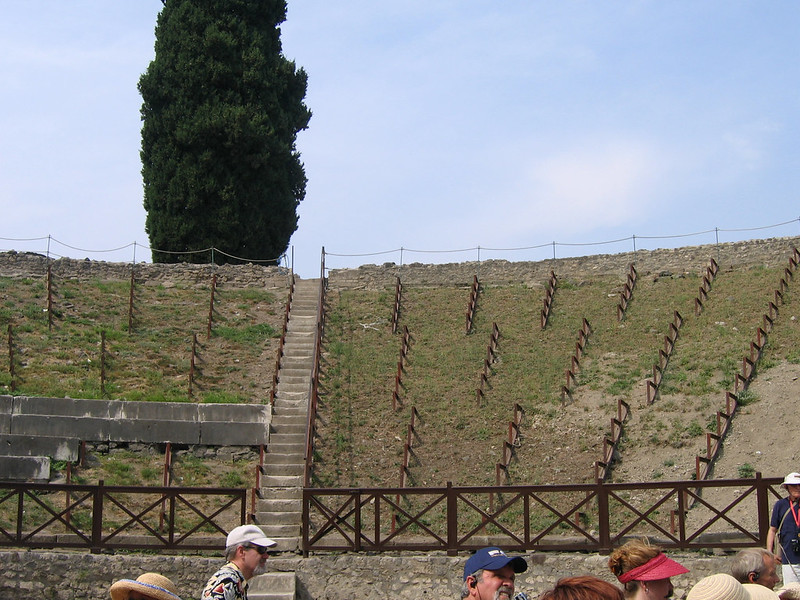 The buildings’ ruins were reminiscent of the ones I had just seen in Rome, but what really touched me were the mummified corpses: about 2000 inhabitants perished in the eruption in AD 79, and the details of their bodies were somewhat gruesome– the corpse here was assumed to have been pregnant during the eruption and lays in a crouched position, as if trying to protect her baby from the ashes that would eventually swallow them up. If that isn’t a tragedy, then I do not know what is… 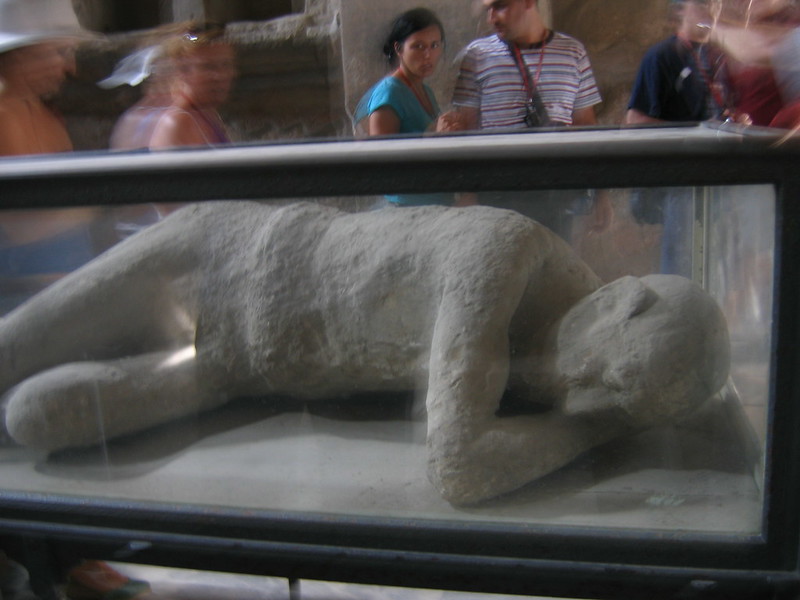 We only had a few hours in Pompeii before we had to return to Naples and to our ship for our next destination. Overall, it was a small break from the long, intense days we had in Florence and Rome, all the while a different look into another part of Italian history. While the tour could have been more informative, to be physically-there and to see Pompeii for ourselves made what I had learned through history textbooks all the more real and insightful. 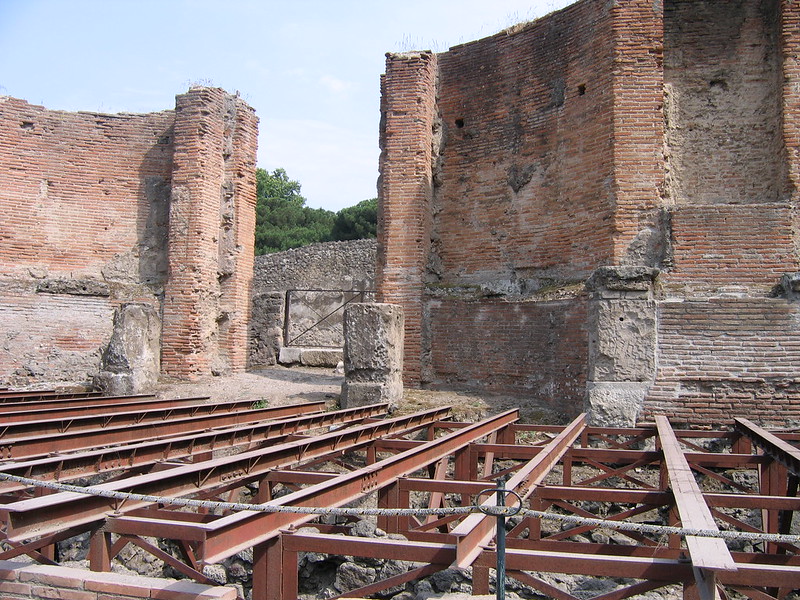 Thanks for reading– more of my trip to come soon!