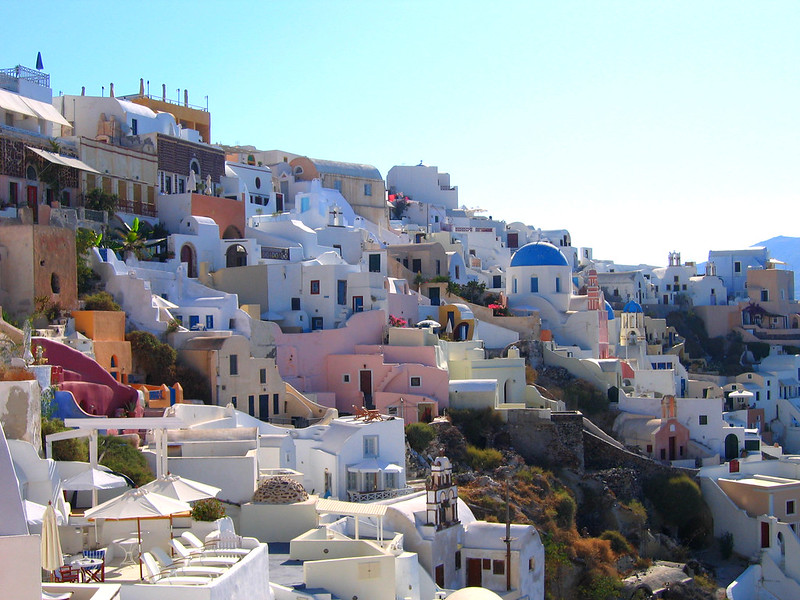 The island of Santorini needs no introduction: with its blue domes and white-washed houses perched along dramatic cliffs overlooking the deep-blue Mediterranean, this place is what many would describe as “paradise.” It is no wonder, then, that plenty of films and paintings have been inspired by its views, as well as the millions of tourists who visit every year. Whether you choose to explore the nooks and crannies of the villages or just settle with a glass of Greek wine and views, Santorini offers a little bit of everything for everyone to have a good time.

Santorini was my introduction to Greece, given that it was the first destination I stepped upon in this Mediterranean country. My family and I only had a day to take it all in, but we did a good amount despite the sultry, summer heat– the stunning views of the sea took our minds off of the blazing sun, even if for just a few minutes!

I believed we docked in Fira (aka “Thira”), the island’s capital, and we spent some time wandering the small town with its gorgeous blue-dome homes. It is important to note that Fira isn’t the only town on Santorini with such blue-dome buildings, as there are a few others scattered along the island, and many visitors opt to hike from village to village to check each out.

Around the time I visited Santorini, The Sisterhood of the Traveling Pants series was very popular, and the first film had come out just the year prior. I grew up reading the series and loved it, and I admit, I was channeling my inner Lena Kaligaris whilst roaming the rustic and narrow streets! Again, I cannot stress just how otherworldly the views of Fira were, with its white-washed buildings almost blinding against the strong, July sun. You could spend days just mesmerized by the colors, from the blue of the domes to the blue of the sea. 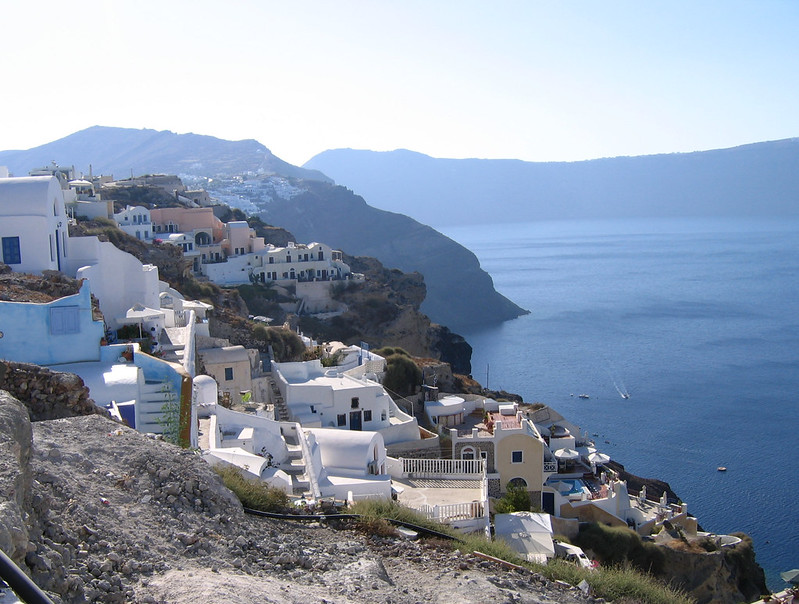 Views of the Mediterannean. 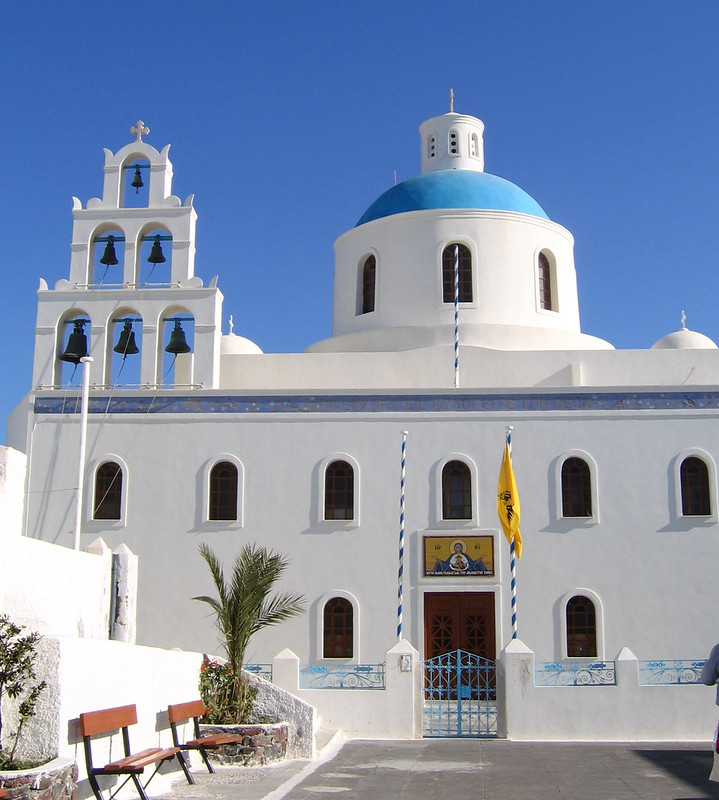 One of the blue-dome buildings.

Our tour also included a wine tasting, at a vineyard located at the cliff’s edge with views of the Mediterranean. Mind you, I was only 13 years old and never had alcohol before, but given Europe’s lax laws on alcohol consumption and the miniscule quantities of wine that we had anyway, I was permitted to partake in the wine tasting. My first time having alcohol was not a particularly mind-blowing moment, as I enjoyed the sweet part of the dessert wine I had, but did not like the bitter aftertaste (as wine has) that followed. Overall first impression was that Greek wine was pretty good, but it would take until I was 21 years old (of legal age in the US) to have alcohol again– and actually appreciate it. 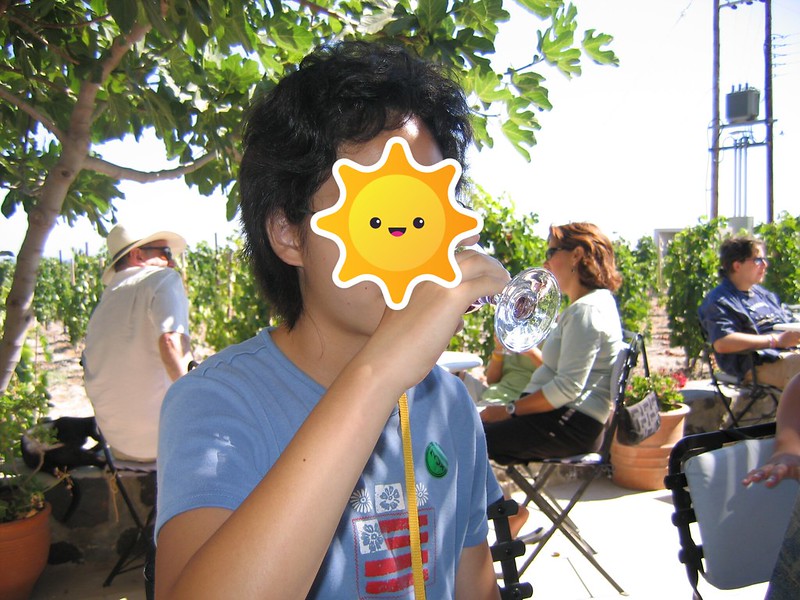 Wine tasting for the first time…

There was not much else to Santorini aside from checking out the famous blue domes and wine tasting, but I found the slow pace and idle time on the Greek island to be very satisfying. As much as I enjoy a fast-pace city break, I also know it is important to appreciate the more laidback kind of travel, to really soak up the environment and be present wherever I am. Despite living in Europe for a few years as an adult, I had not been able to return to Greece, and it is a shame that I did not. With the world slowly improving, I hope to go back and check it out once again, this time as an adult– and enjoy that delicious, Greek wine all the more. 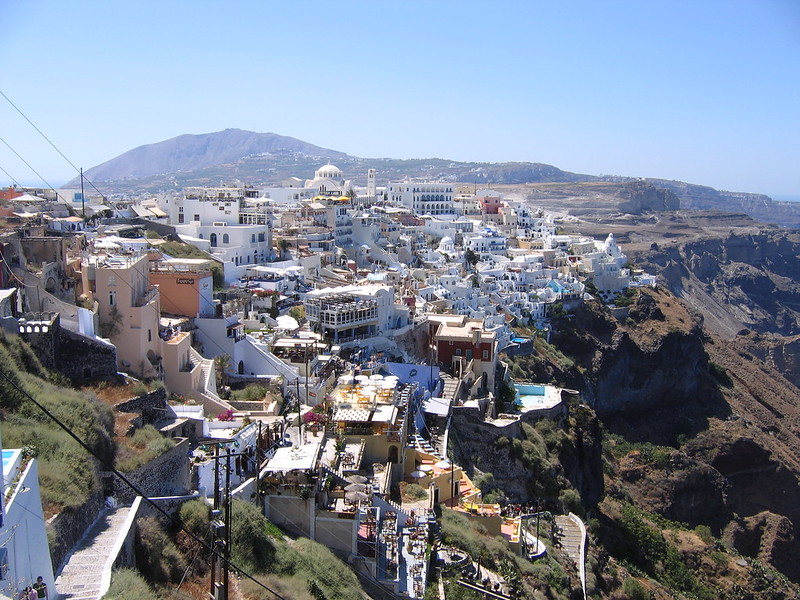