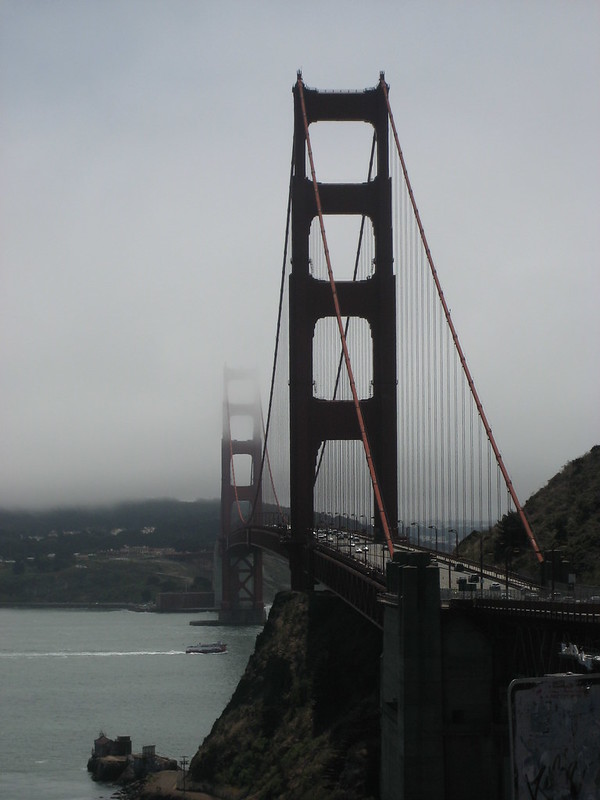 San Francisco needs no introduction: vibrant and progressive, this northern Californian city is only rival to Los Angeles in terms of history, culture, and things to do and see. Its famous Golden Gate Bridge and steep hills have inspired plenty of movies and TV shows, all the while having some of the most breathtaking views of what Californians call “the Bay” (i.e. the Pacific Coast). Millions of tourists visit San Francisco every year (at least, pre-pandemic) to take in a piece of the diverse state of California.

I visited San Francisco for the first time when I was 17. The visit was in conjunction with my college road trip visits in central and northern California. My family and I spent close to a week going north from Los Angeles, where we checked out the campuses of UC Santa Barbara, Stanford, and UC Berkeley. In the meantime, we spent time sightseeing in Solvang, Cambria, Hearst Castle and, of course, San Francisco. In fact, San Francisco was the northernmost I have gone in California, and I have actually not returned since. 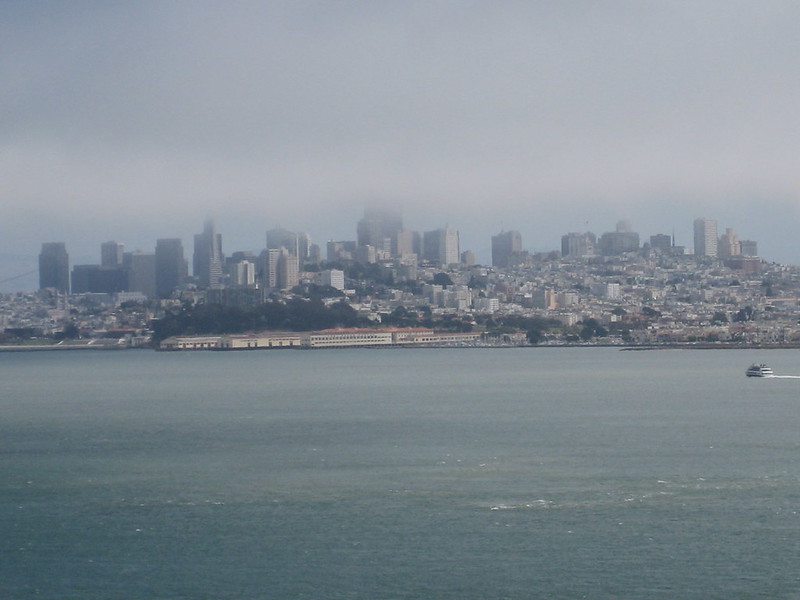 What makes San Francisco (and the Bay Area, in general) different from Los Angeles is the weather– while still pleasantly “Californian,” it is a lot cooler than down south, with much more of a marine layer covering much of the city. We experienced this famous “San Francisco fog” as we drove in, crossing the iconic Golden Gate Bridge.

Fun fact: the bridge gets its name from the Golden Gate Strait, a narrow waterway that connects the San Francisco Peninsula to the Marin Peninsula (and the rest of the state’s mainland). As the gate is painted red, it is important not to confuse its name as deriving from the color gold!

It was time to try our hand at navigating Lombard Street, hailed the “crookedest street in the world.” The one-way street consists of eight, hair-pin turns down its 27-percent grade of a hill– it might not sound steep, but in fact, it was EXTREMELY so! Constructed in 1922, Lombard Street was created as means of lessening the pressure for vehicles that needed to descend the hill, and today it has become a huge tourist attraction to try out. We did just that in our Toyota Prius, with my dad cautiously maneuvering the vehicle at a treacherous speed of 5 miles/hour (8 km/hour) as the rest of us took in the experience with thrill. It was certainly a relief once we made it down! 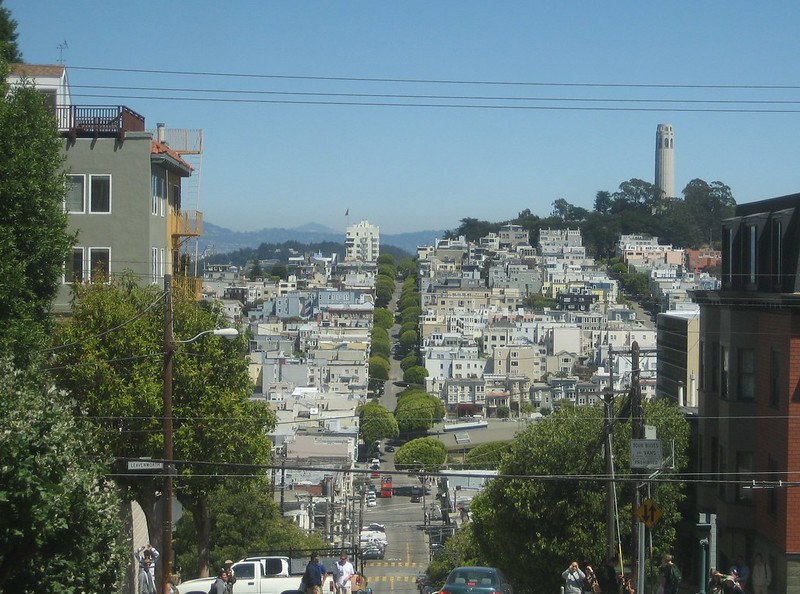 Next up was a stop at the Fisherman’s Wharf, particularly Pier 39 where we strolled the boardwalk to check out the gimmicky shops and restaurants along it. We eventually popped into Ghirardelli, as the chocolate shop originated in the city after Italian immigrant and chocolatier Domenico Ghirardelli founded it. As I grew up having Ghirardelli chocolates as gifts from friends and family (and enjoying them), I was keen on checking the store out and buying some for the road. We ended up buying two bundles of assorted chocolates, which funny enough melted in central California on our *hot* drive back home– we refrigerated them upon returning to Los Angeles, so we still managed to somewhat save our goodies! 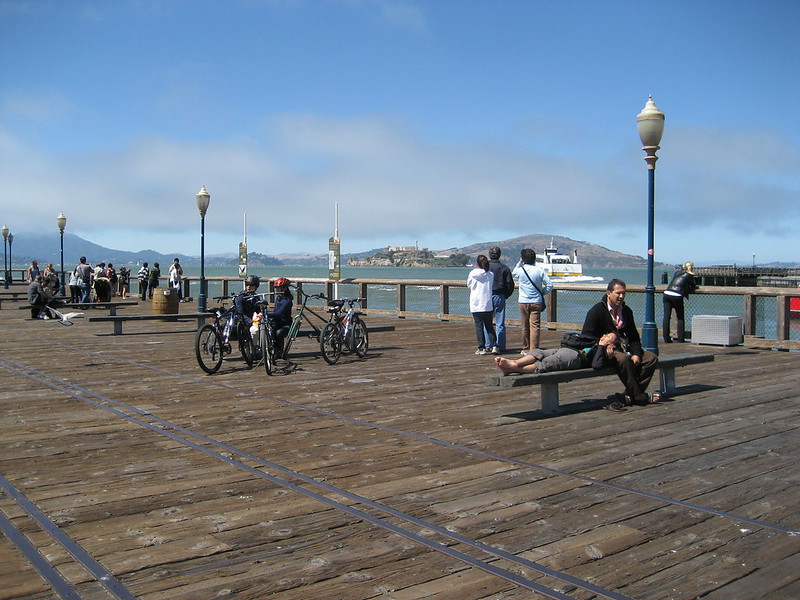 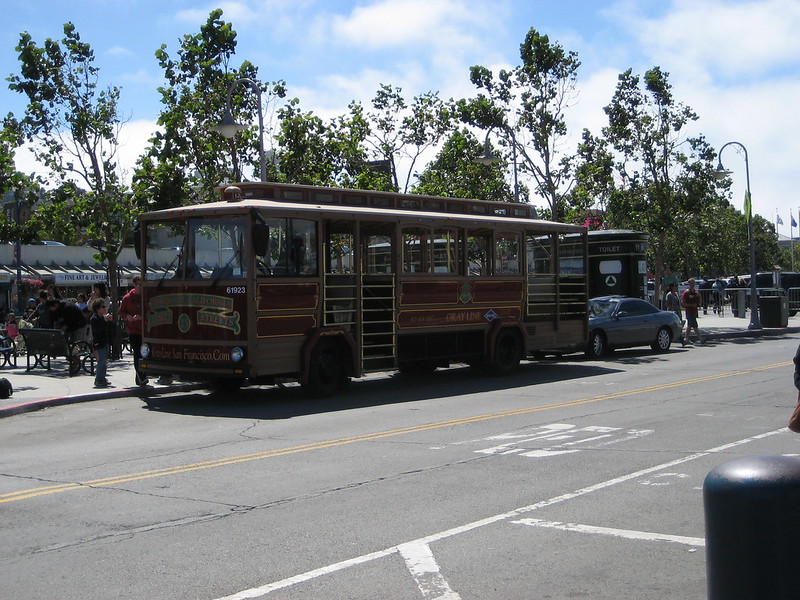 From Fisherman’s Wharf, you can also see Alcatraz Island in the distance. Infamous for its now-closed federal prison, the island has seen a fascinating history in long-term detention for some of the most-notorious criminals in US history, including Al Capone. Although it has been closed since the 1960’s, there are plenty of tales of Alcatraz being haunted, which makes me nervous to even get near the site… 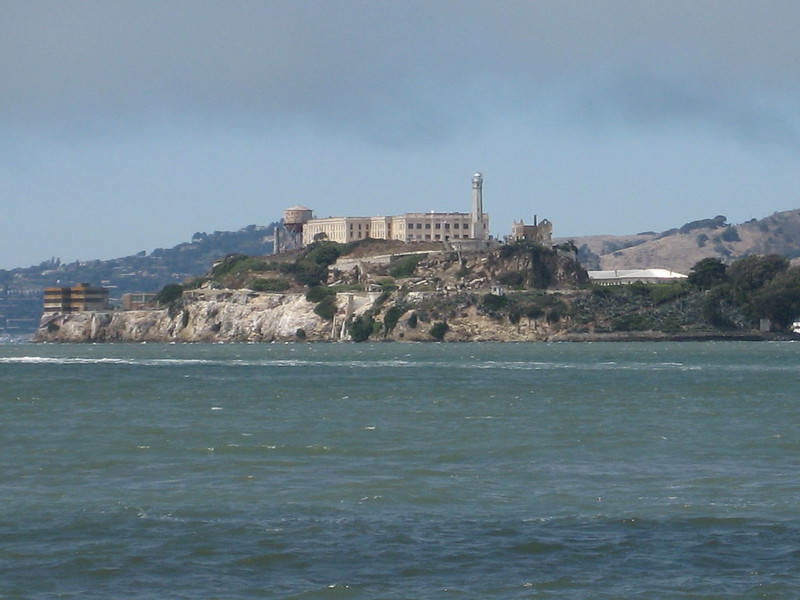 As we only had one night in San Francisco, we decided to grab dinner at an Italian restaurant and call it a day. We did not spend much time in the city, but we got to have a taste of what it had to offer. I had thought about returning in the years since, but as mentioned, it appears that it has taken a turn for the worse over the past few years, with increased crime, homelessness, and rent– even the locals say that it has become egregious, and sadly, I’m also seeing it here in Los Angeles. It is a shame, because I enjoyed my time over a decade ago– I hope to return someday and discover more of the Bay area, though!