Gaillon is a small town located about 58 miles (94 km) west of Paris, or about 32 miles (51 km) south of Rouen, the largest, nearby city in the Normandy region. Like many of the dozen or so small towns and villages in the Eure department of Normandy, it’s home to a small château, the eponymous château de Gaillon, which has had a notable history throughout the early 16th to 19th centuries. Unassuming as it is, Gaillon is worth a train stop while hopping from town to town in Normandy, to explore the essence of the northwest region of France.

I only had a very brief visit in Gaillon when I was a teaching assistante in Normandy. It was my second year in the region, and I was curious to check out more of the smaller, local gems. I was living with a bunch of other assistant.es in another small town nearby, and my German roommate invited me to see a bit of the town in the beginning of the year, before work got busy.

That said, we caught the train from our town to the gare de Gaillon-Aubevoye: it was only a seven-minute ride, and we literally got off the next stop to head the 2.4 km into the city proper, as the train station served two conjoining towns, Gaillon and Aubevoye. It was a fairly-uneventful stroll, as we were walking the sidewalks (and eventually, on the side of the street) of a major street that connected to the highway, so there wasn’t much of a scenic route. We did have to be careful, however, not to get hit by any cars!

There wasn’t much in the town center; everything was shut in the afternoon. We had also gone on a Sunday, and usually, Sundays in France are deserted as it’s the day of rest. We headed to the château de Gaillon, the pièce de resistance of the town. It was about a 600-meter walk to the entrance from the town center, with a slight incline to get to the main gate. Upon reaching the entrance, we discovered that the place was closed, as again, it was a Sunday. 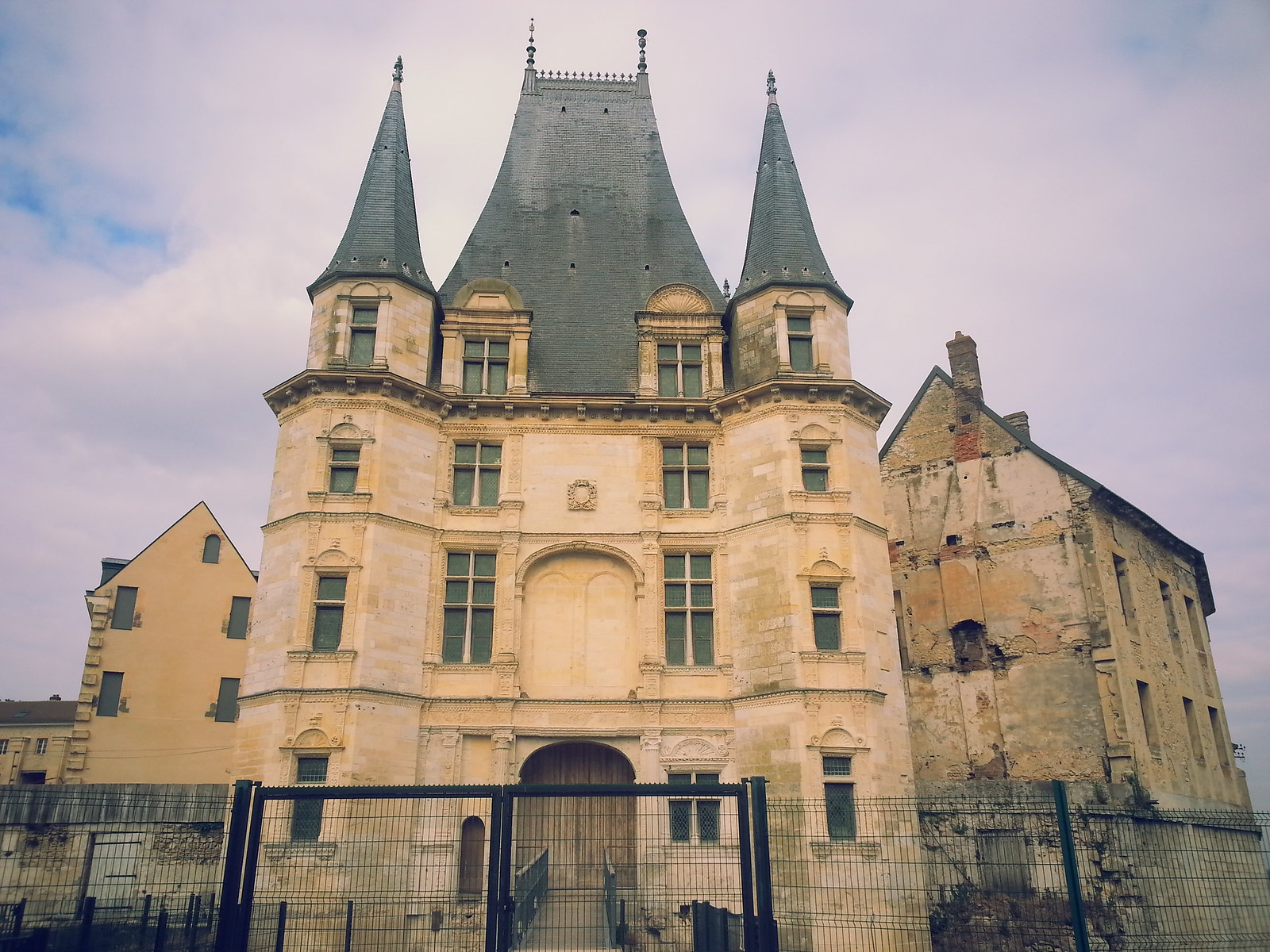 The château de Gaillon was first constructed in 1502 at the very beginning of the French Renaissance: it was the summer residence of Georges d’Amboise, the Cardinal Archbishop of Rouen. Over the years, the château expanded to include Italian-styled gardens in its interior, as the Georges d’Amboise had been inspired by his trips to northern Italy, including Milan. In 1764, the château burned down, but was later constructed and actually took US ambassador Benjamin Franklin as a guest. It later became abandoned after the French Revolution and, after being sold and exchanged by several private hands, it was auctioned off to the public in 1975. Restoration took place in the late 1970’s and today, it’s a museum dedicated to its history and surrounding Normandy region.

Since we were unable to visit the château’s interior that day, my German roommate and I took a moment to admire the town views from above– a bit chilly and overcast for an October day, but beautiful all the same. We then descended the incline to walk the way back to the train station to return home.

Overall, Gaillon is a really-small town that is not necessarily a tourist spot, but it does offer a charming château to check out. If you happen to be in Normandy and desire to go château hopping, this place would be a stop to consider.