5 Favorite Ramen Spots (outside of Japan)

I have never met anyone who didn’t like ramen (Japanese noodle soup). After all, what’s there not to like about it? Rich broth, chewy noodles, tender slices of pork…it’s the ultimate comfort food that’s sure to make your day better.

I’ve had my fair share of delicious ramen while visiting Japan (especially at world-famous joints like Ichiran), but *unpopular opinion alert* I’ve found the ramen I’ve had growing up in Los Angeles to be on-par with what I had in Japan. Now, I respect and love the ramen in its country of origin, but given that my hometown has a sizable Japanese-American community, I would say you can get incredible ramen here as well. Even if I can’t return to Japan anytime soon, I can still enjoy a solid bowl of noodle soup!

There are hundreds of ramen joints all over Los Angeles County, especially in historically Japanese-American neighborhoods like Little Tokyo, Sawtelle, and the South Bay. I’ve tried numerous spots over the years, and I’ve never had a bad experience in any of them. I’d like to share some of my favorites with you, in the case you come to Los Angeles someday. These are ones I’ve tested and love, the ones I would go back to again and again. Hope you get to try them out as well!

5 Favorite Ramen Spots (outside of Japan) 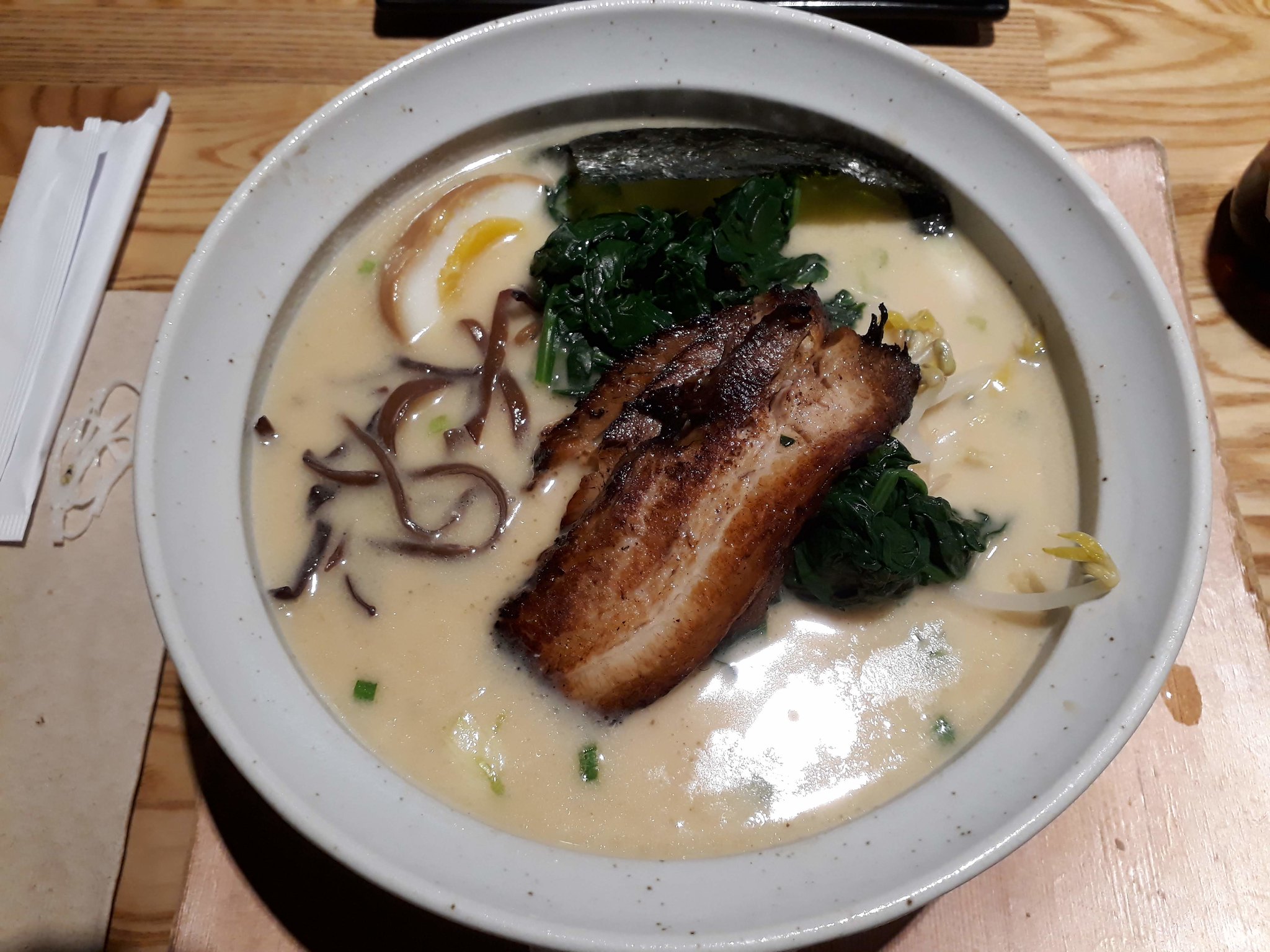 This is a chain restaurant that spans all of California (from San Francisco to San Diego), but there are two locations in Los Angeles– Pasadena and Long Beach. Although it’s a chain, it’s an absolutely delicious one. A fellow foodie friend, “S,” recommended it to me a couple of years ago, and I’ve been hooked since then. What makes their ramen so good is their chashu (pork slices), which is grilled, instead of boiled. You get that lovely, charred flavor on top of the al dente noodles and runny, soft-boiled egg. Highly recommend! 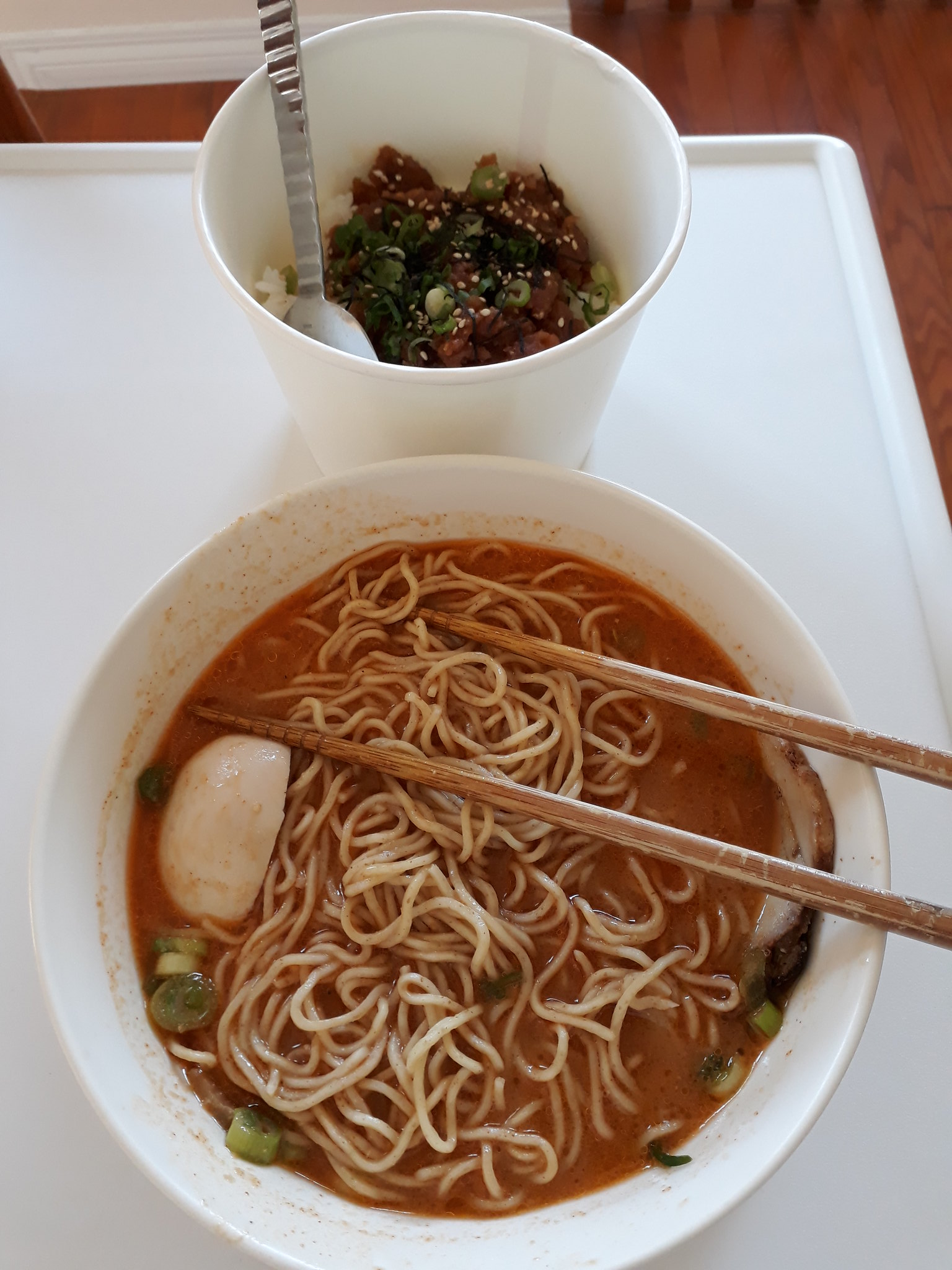 Not only is Rakkan Ramen located all over Los Angeles County (e.g. Santa Monica, DTLA, Long Beach), but it also transcends out of state to cities like Chicago (Illinois), Houston (Texas), and Boulder (Colorado)! Rakkan’s claim to fame is their “vegan ramen,” which is unheard of given that traditional ramen broth is made from beef or pork. Although I was skeptical that Rakkan could pull off a “vegan broth,” I was amazed at how delicious it was! For those who are vegan, it’s possible to have an incredible bowl of ramen at Rakkan. 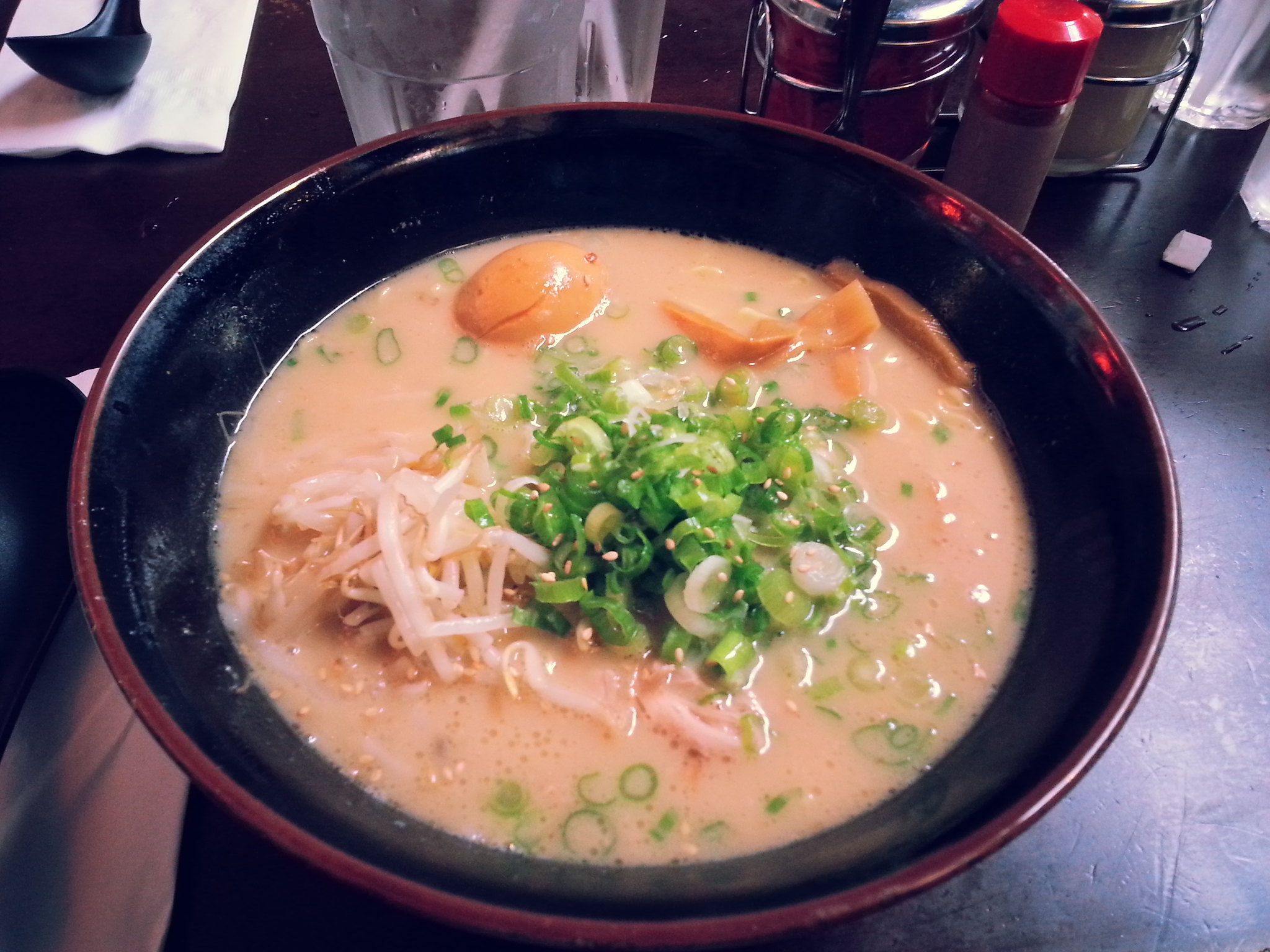 Tsujita is exclusively located on the Westside of Los Angeles, and it’s specifically confined to Sawtelle, aka “Little Osaka.” You can get delicious ramen here (including some SPICY ones at their Killer Noodle Tsujita location), but I usually come here for their tsukemen (dipping noodles), which are legendary. Imagine cold, chewy noodles to be dipped in warm, earthy broth, and you have a match made in heaven! One of my favorites I’ve gone to since my university years, and it’s definitely worth a go! 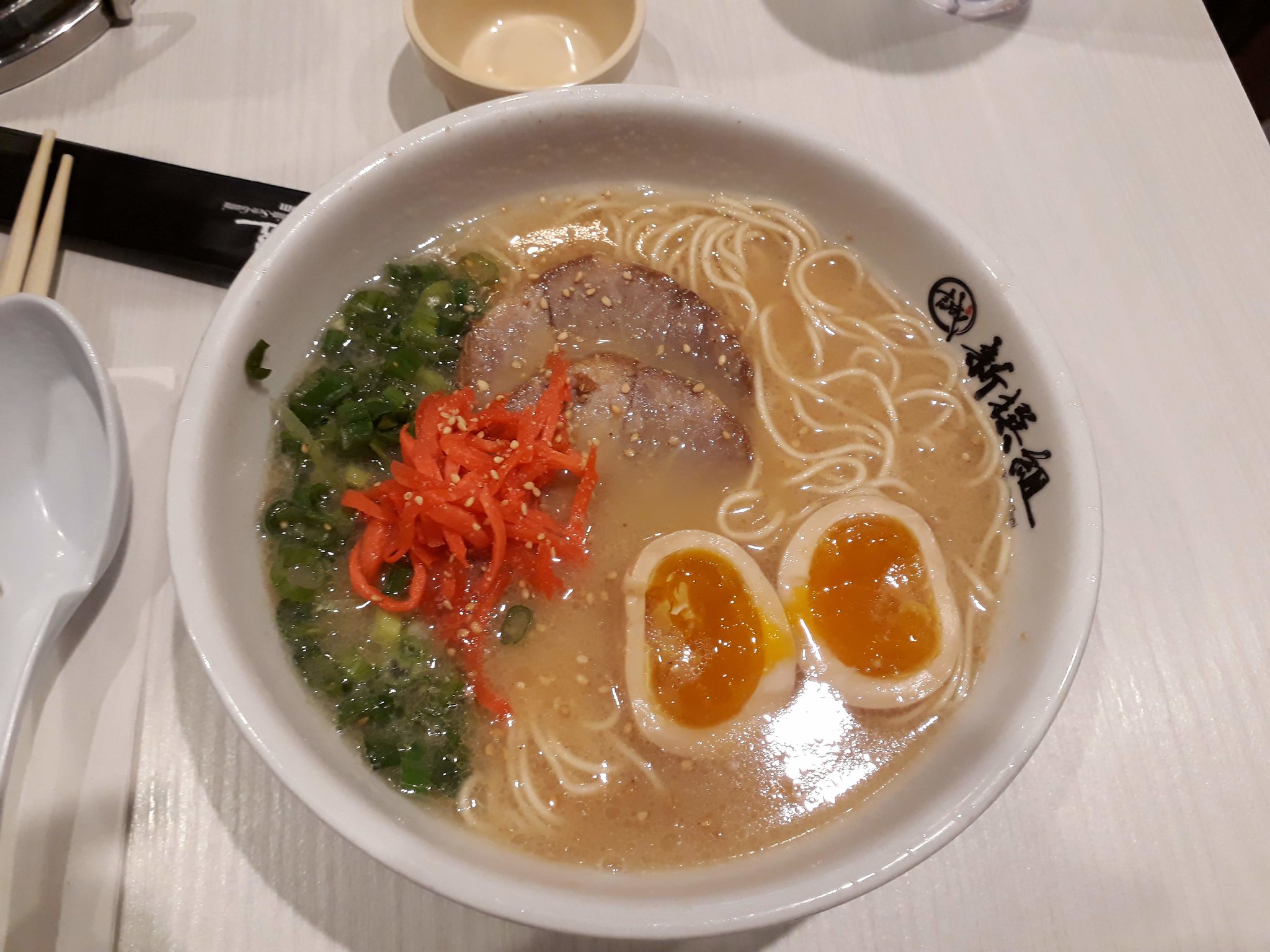 You can find Shinsengumi all over Los Angeles County, particularly in Gardena, the Eastside (Alhambra and Rosemead), and West LA and DTLA. It has also expanded to Orange County (Irvine and Fountain Valley). Shinsengumi was one of the first ramen spots I tried and really enjoyed, and its fresh noodles were the highlight. I’ve had Shinsengumi in Gardena and West LA, and it has been consistent not only in the quality, but also the affordable factor ($11 USD per bowl), which blows its contenders out of the park. 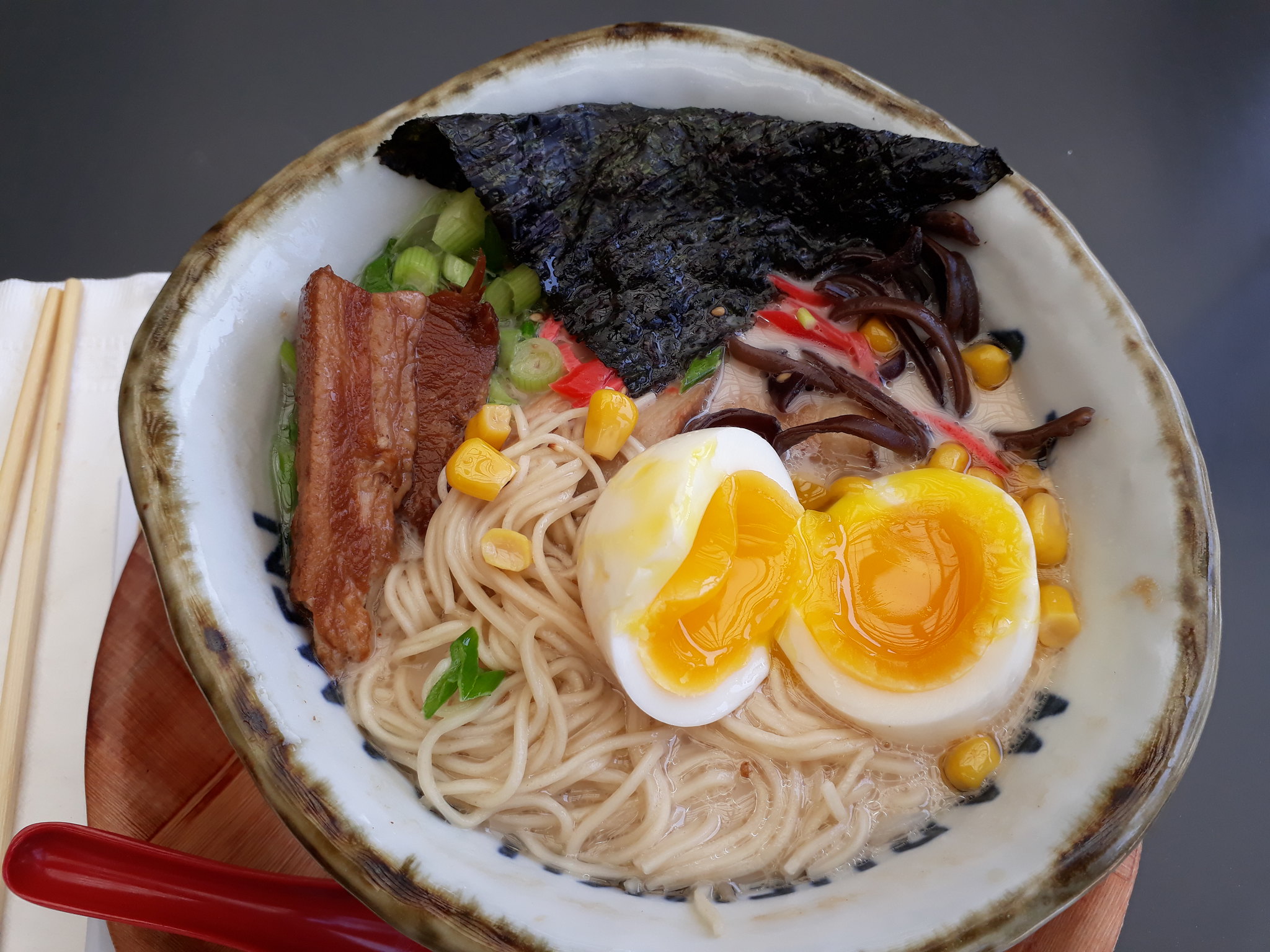 Okay, so technically, there aren’t any Marufukus in Los Angeles yet (the closest being in Irvine). However, I had to include it in this list, as its chashu is god-tier. The noodles are also perfect, just thin enough for the thick broth to cling to them and soak up its rich goodness. The bowls are deceptively small, but actually deep and full of food, which given the $18 USD price tag makes it worth it. My friend “S” also recommended Marufuku to me, and I would encourage you to try, too!

Do you like ramen? Would you try it out? Let me know!

46 thoughts on “5 Favorite Ramen Spots (outside of Japan)”