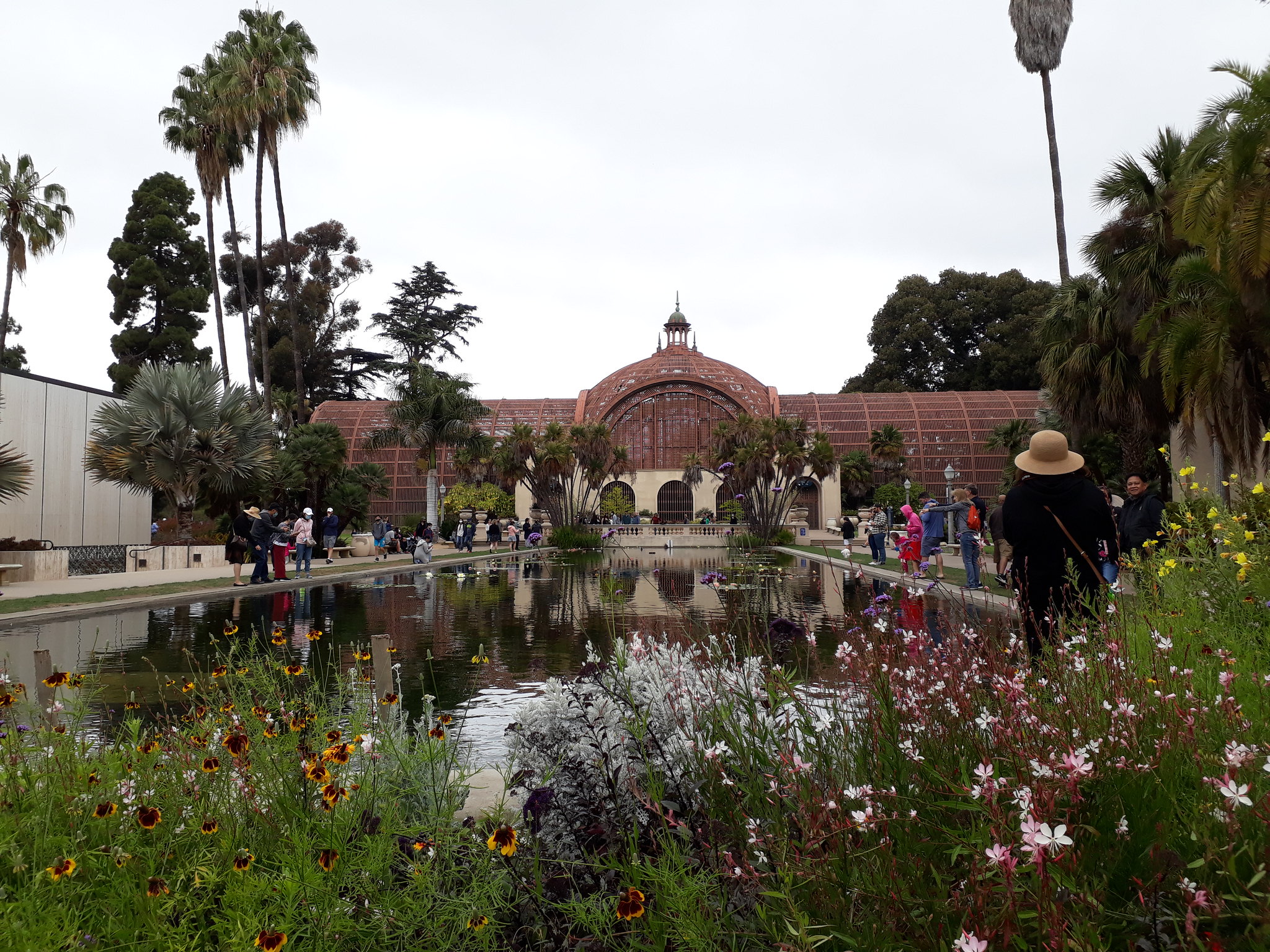 The Botanical Building at Balboa Park (May 2021)

Over Memorial Day weekend last year, we did a quick trip to San Diego. It’d been over 20 years since I last visited, and I was keen on returning to check it out again. Although it was only for day, the visit to this part of southern California ended up being a fun and pleasant break from the usual scenery in Los Angeles.

After a brief stop at Torrey Pines, we reached San Diego proper in 30 minutes. We proceeded to have an early lunch (i.e. 10:00) at a fish taco shop, as the city is known for its fried fish tacos. This is due to the fact that San Diego is a mere 17 miles/27 kilometers from the Mexican border, and specifically near Baja California, where cities like Ensenada are known for creating the lightly-battered and tender tacos de pescado. Tacos are delicious, so we ordered up a small variety of different fish and seafood tacos to enjoy inside the restaurant. That was also the first time that we were dining indoors since the pandemic began– thankfully, we were the first customers that day, so it didn’t feel as uncomfortable to eat inside than if there were a lot of people.

We ordered a few tacos, including the beer-battered fish taco (a classic) and octopus and shrimp. I couldn’t really taste the difference between the octopus and shrimp tacos, but the fish taco was perfect: lightly crispy on the outside, soft and juicy on the inside. Fish was wonderfully flaky, too. Tacos were pricier than expected, at about $5-6 each, but for the amount of seafood and filling (e.g. lettuce, pico de gallo, avocado), it wasn’t too bad. I was very full after just two tacos, so I was satisfied. 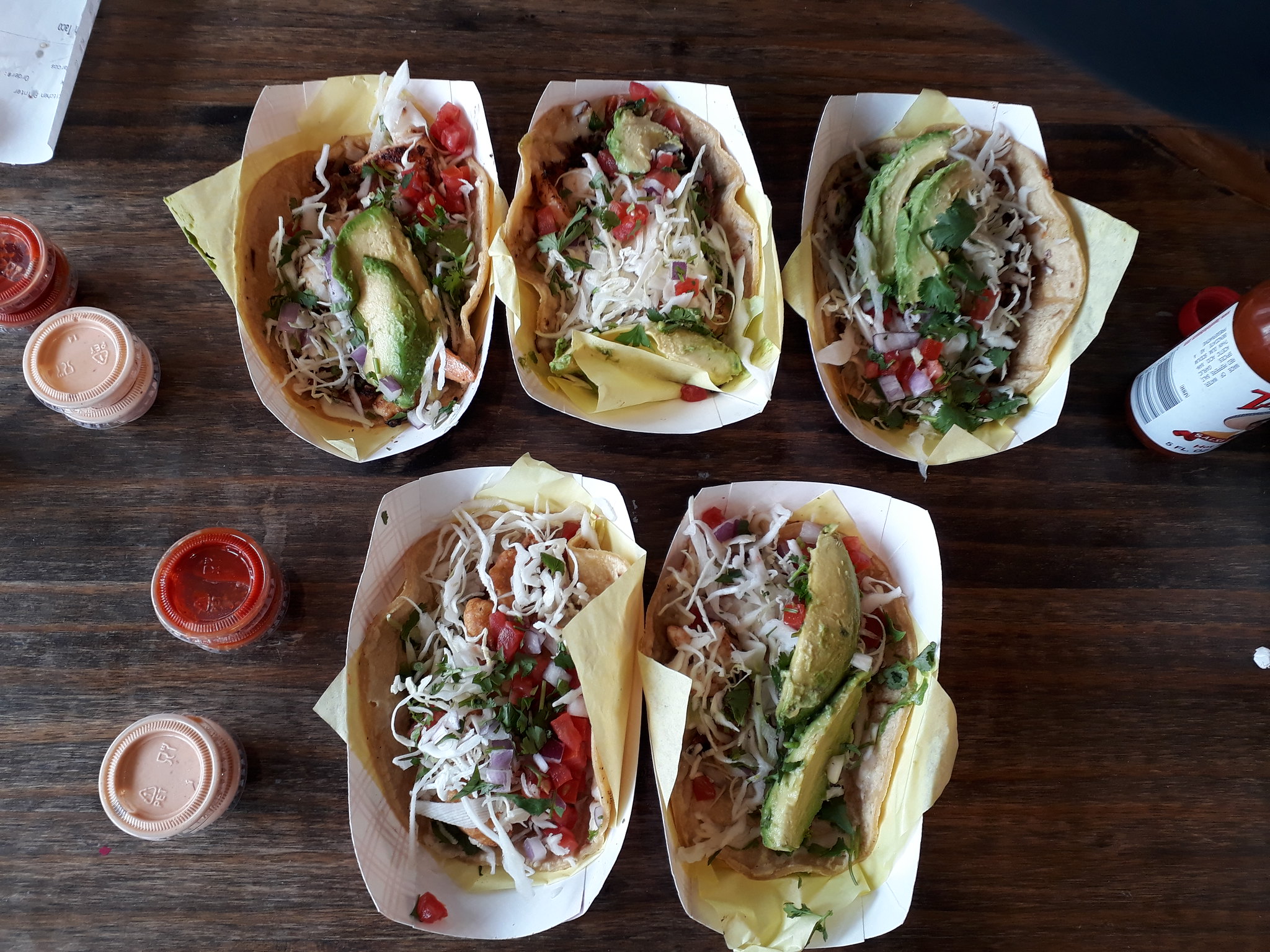 Our next stop was at Balboa Park, a massive cultural park located in the heart of the city. At a whopping 1200 acres, the park features over a dozen museums, gardens, and other notable sites to spend a day (or days) exploring. As we only had a few hours in town, we only hit the highlights, from the colorful Spanish Cultural Arts Center to the Alcazar Garden. 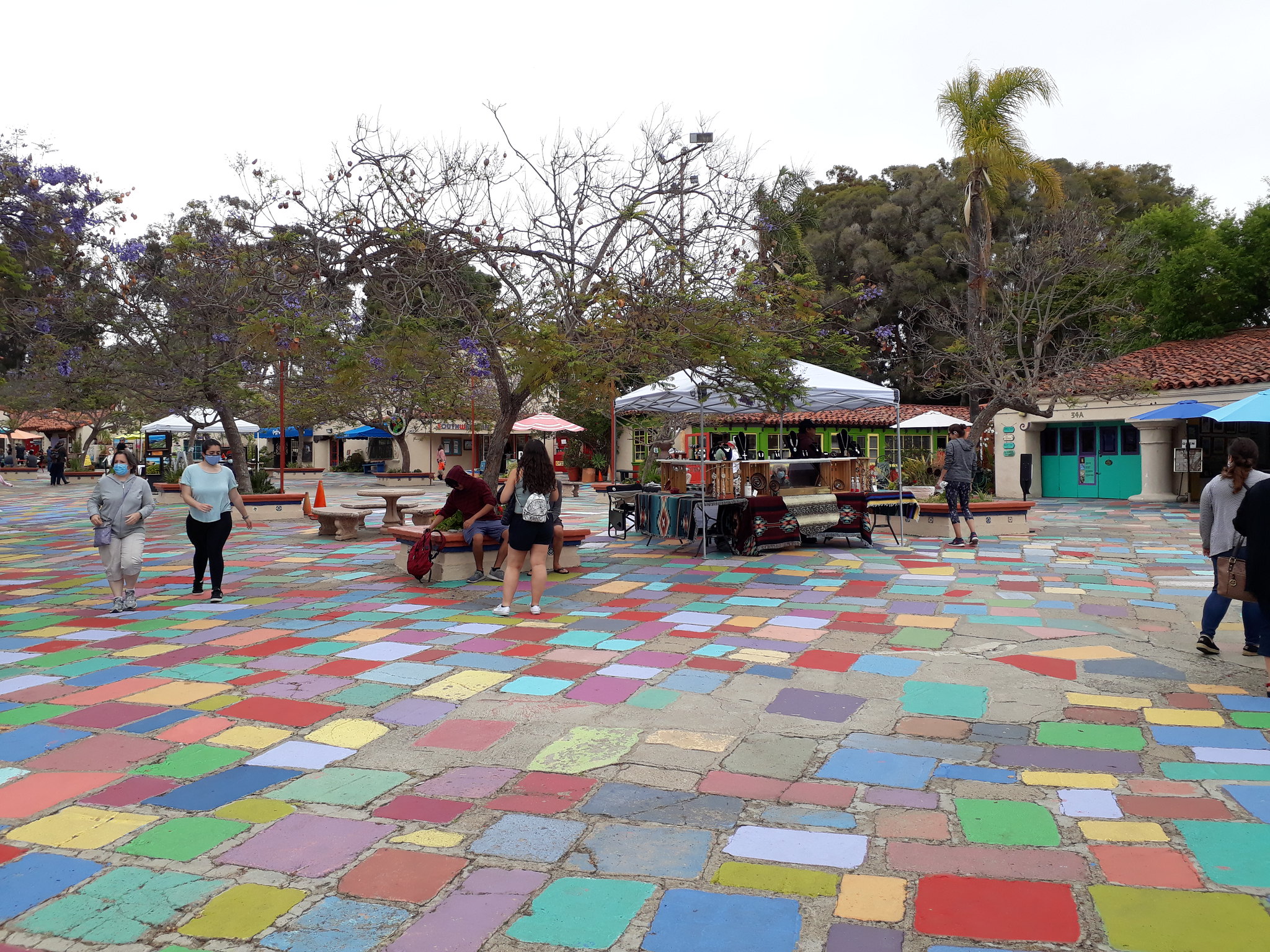 What surprised me that many of the sites (majority created during the Expositions of 1915 and 1935) bore resemblance to places I’d seen in Europe. For instance, the mentioned Alcazar Garden had a similar layout to Seville’s Real Alcázar, the Botanical Building resembled the Rijksmuseum in Amsterdam, and The Old Globe looked like Shakespeare’s Globe in London. It was fun hopping from plaza to plaza in order to be transported back to Europe! 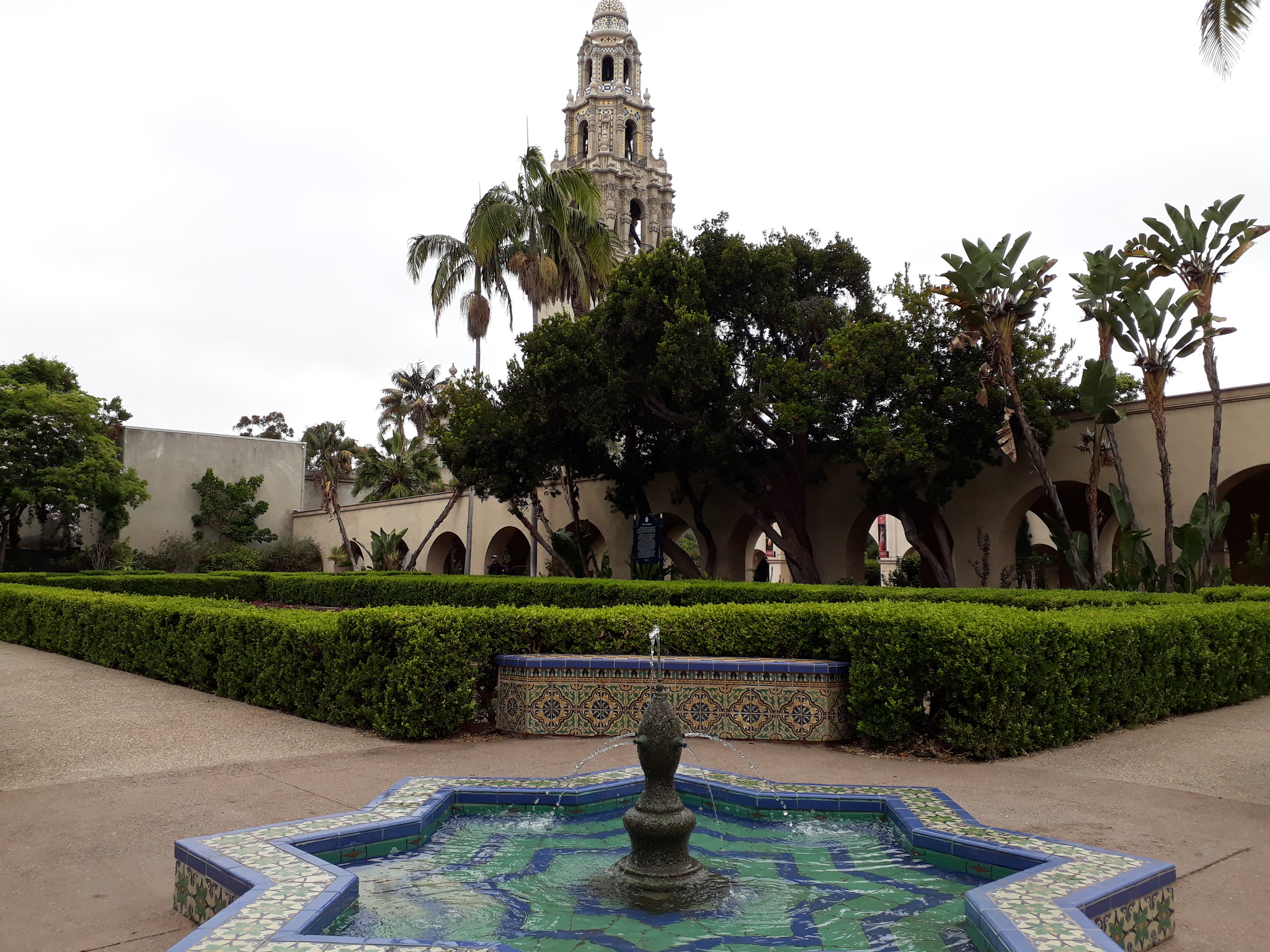 Balboa Park was packed, as it was Memorial Day weekend and everyone was off from work or school. It was a matter of not trying to get caught in the crowds, since so many people were not wearing masks. Although I don’t feel comfortable with people going mask-less, I understood at that point (back in May when lockdown was already lifted) people were gradually getting vaccinated and could choose not to wear masks. But what I didn’t understand was that they would judge those (e.g. myself) who chose to keep wearing them. Some people were definitely judging, which made no sense, and it irritated me. I just ignored them and enjoyed my time at the park.

It’d been an overcast morning at Torrey Pines, and it was even raining a bit when we were having tacos. Thankfully, the sun slowly started to come out while at Balboa Park, so it was nice to have some warmth on our faces. We decided to end our time in San Diego by buying a few small cakes at a patisserie that one of my former college acquaintances (who’d lived in San Diego) recommended to me. It was at one of those fancy, expensive pastry shops, so we were definitely splurging, but it was a tasty souvenir to take back home to enjoy! 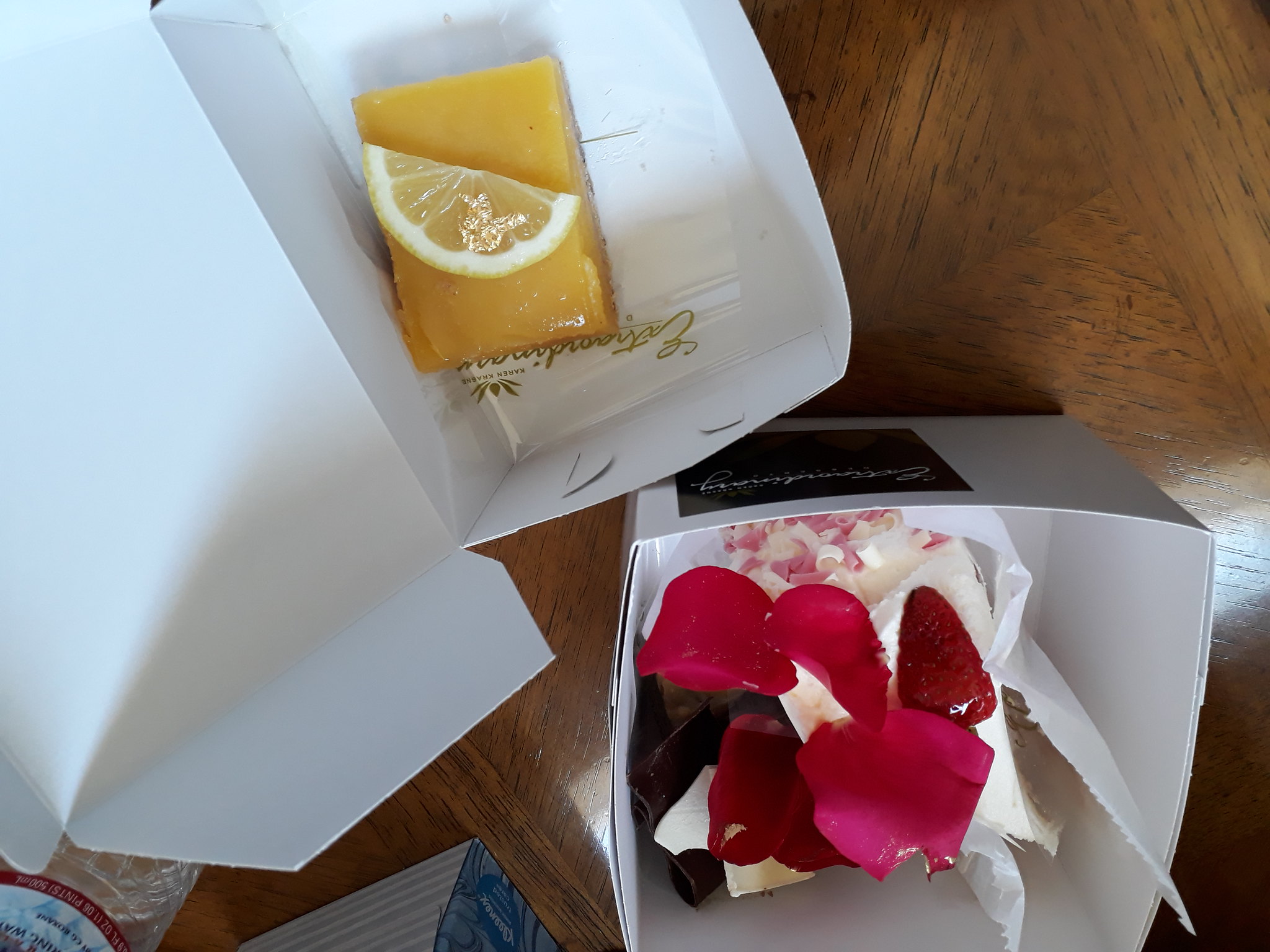 Overall, it was a short day trip to San Diego. Although we didn’t see too much, it was still a lovely time spent, as we were able to get outside and visit another California county. Especially as the pandemic was easing up and more people were getting vaccinated, we were taking baby steps to eventually travel full-time again. It wouldn’t be for another few months before we would fully vacation, so until then, these little trips throughout southern California satisfied our wanderlust cravings.