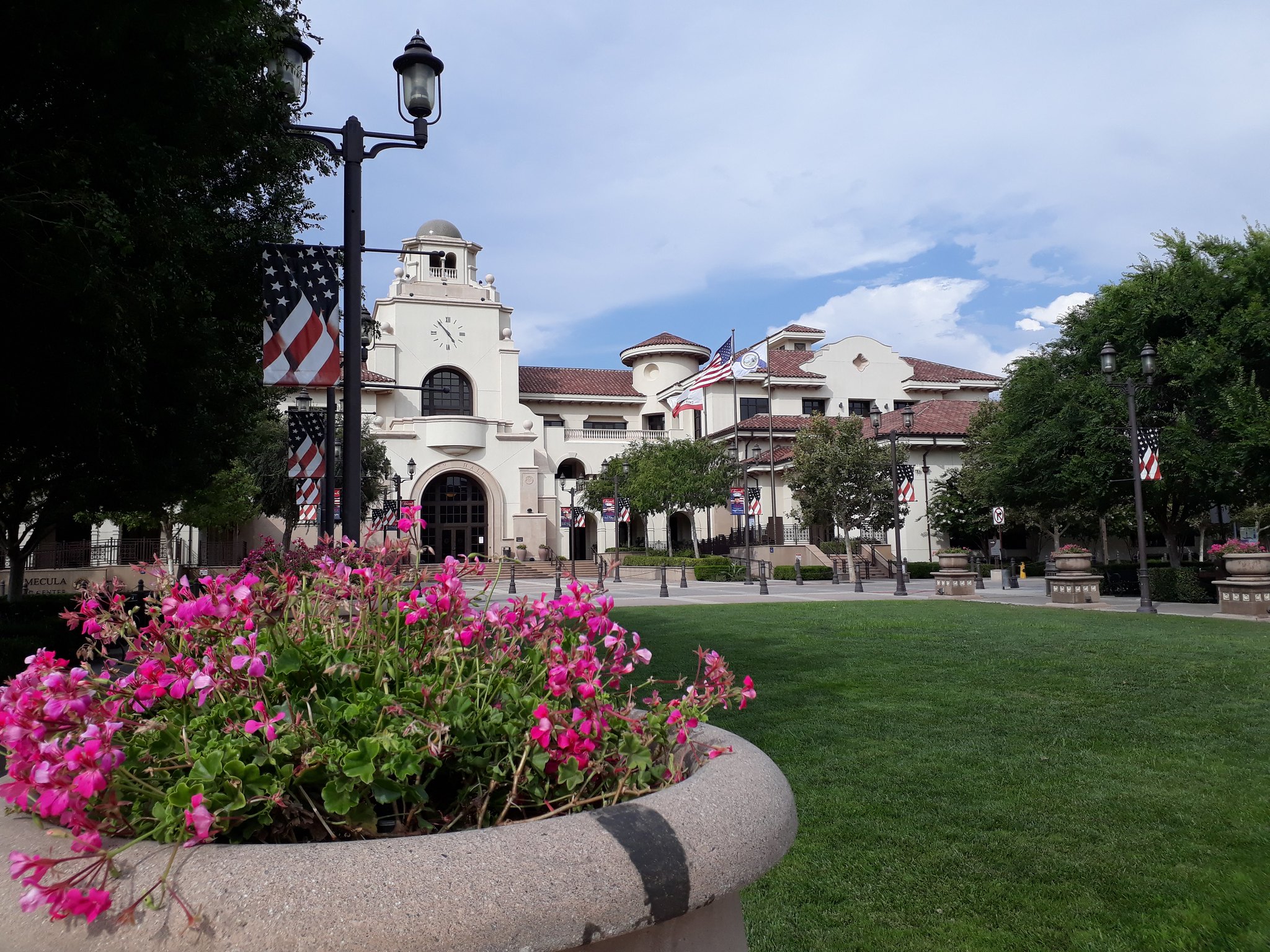 Temecula is a city located in Riverside County, and it’s known as the “wine country of southern California.” Situated in the southwest quadrant of the county, it’s also just a step back from San Diego, and it serves as a gateway to visitors in the north (including Los Angeles) who are looking to visit San Diego. However, Temecula is also a tourist hub in itself, and it caters to out-of-towners who are looking to enjoy a laidback weekend with good wine, good weather, and good company. Which was exactly what I did!

Prior to visiting, I had absolutely no idea about Temecula. Sure, I’d heard of it before, but I didn’t know what it was known for, nor how far it was from Los Angeles. It’s a shame, because I found my extended weekend there last July to be really fun. My trip had been planned rather quickly, as my friend “M” is from Temecula and had invited me to visit her while home for the summer. I had been feeling burnt out from work that month and needed a break, so I decided to put in my time off to take four days off and drive down to see her– all the while exploring a city I hadn’t gone to before.

I left on Thursday noon to make the two-hour drive to Temecula. I arrived in the early afternoon, where M received me at her parent’s home. We caught up for a couple of hours as I got settled in, as we hadn’t seen each other for over two years– funny enough, we’re both from California, but we actually met in France about four years prior as ESL teachers. We’ve traveled together a few times throughout Europe– while I’ve since left France, M continues to live there for work, and we brought each other up to speed with how our lives have been. I also met her parents, who were friendly and welcoming.

M and I headed into Old Town Temecula later that afternoon, just a couple of hours before dinner. We walked a bit of the bustling Old Town Front Street, which had plenty of hip, trendy restaurants and cafes, along with local souvenir shops that sold anything from olive oil to lavender products. I bought a few postcards and lavender items, and I ended up stopping by at the olive oil shop later that weekend to purchase a small bottle to cook with back at home. I’m not much of a shopper, but when on vacation, it’s different! 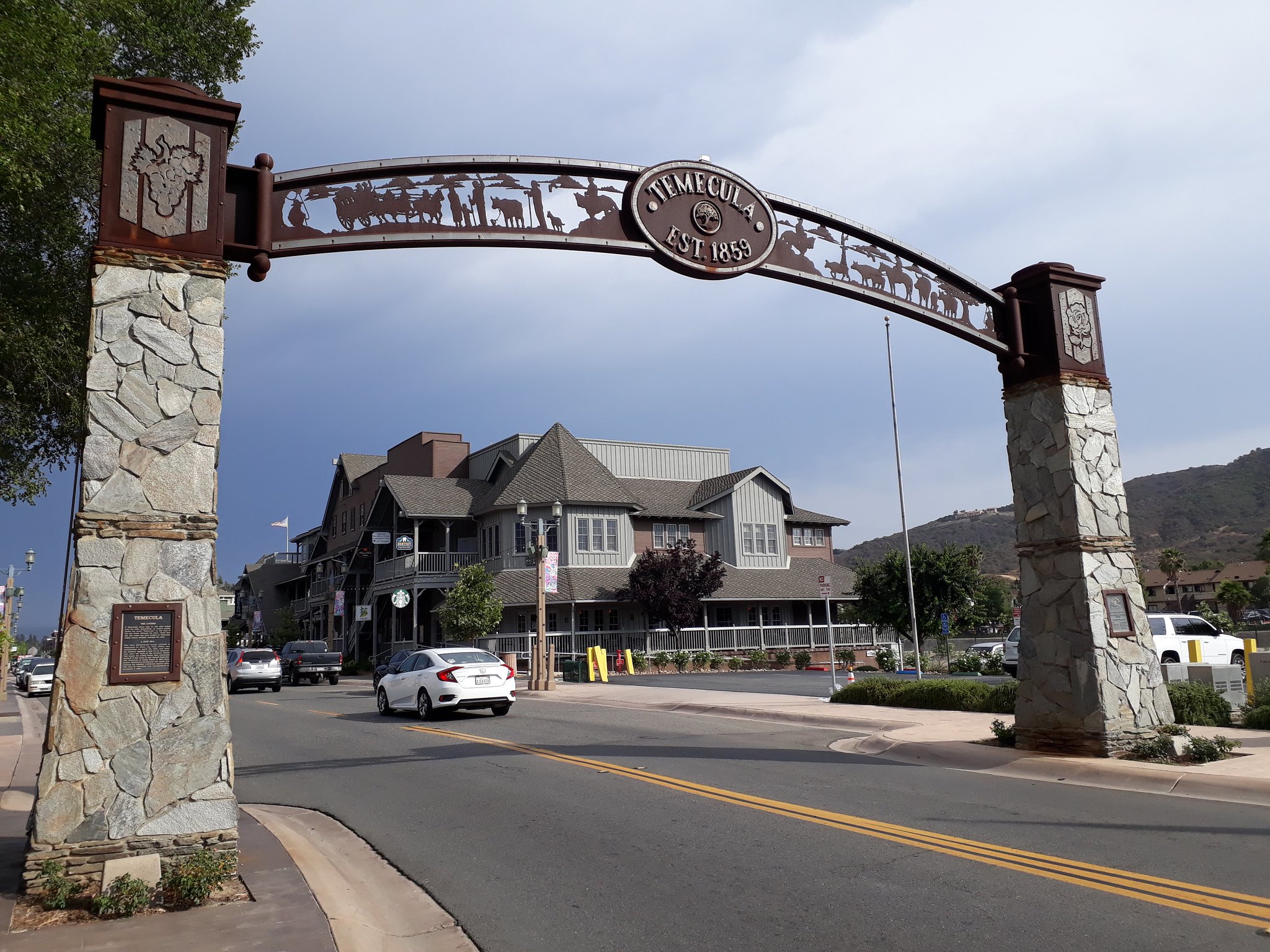 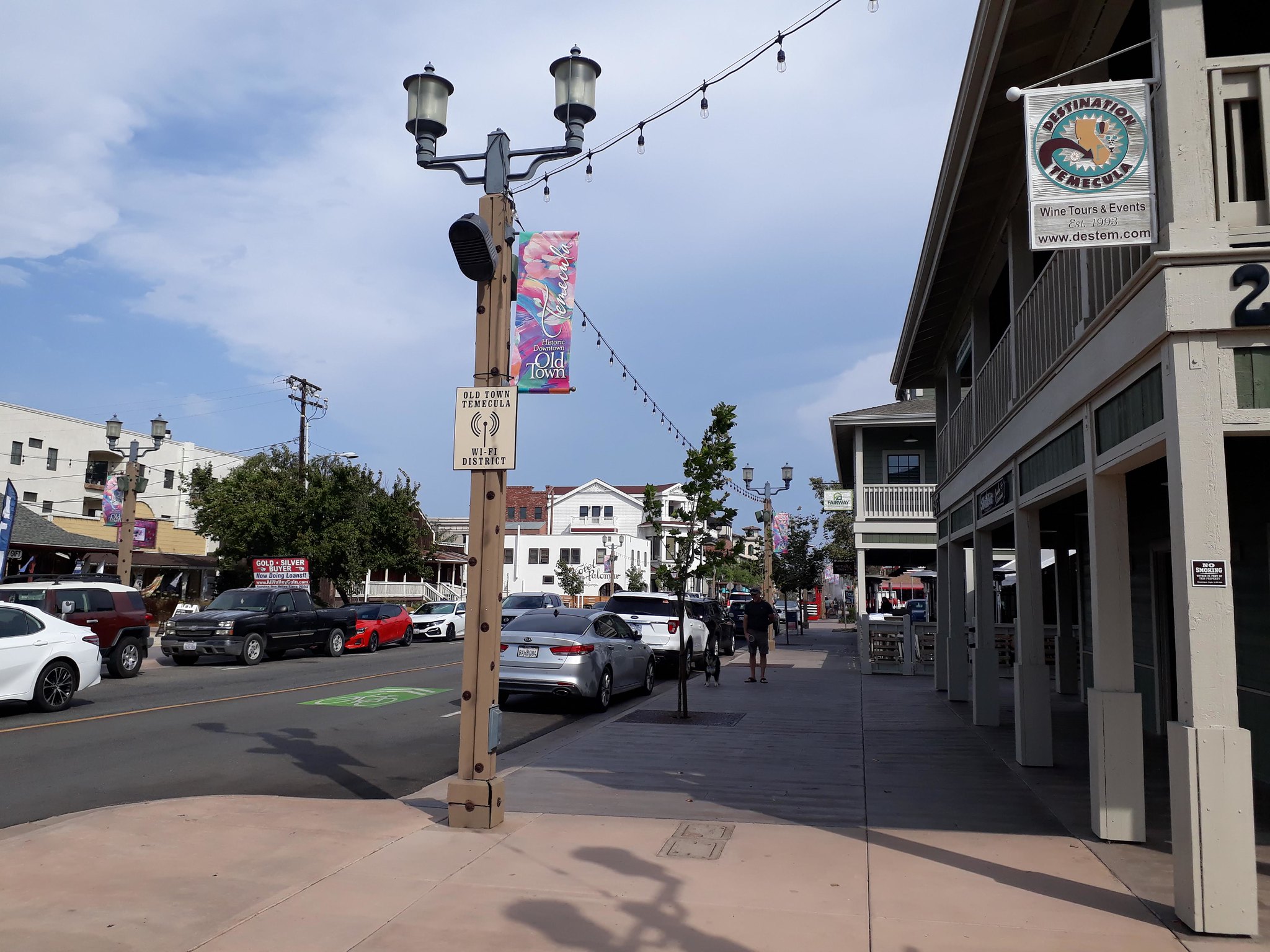 We got Italian food that evening, at a restaurant that M recommended. It was pricey, but the food was extraordinary: I opted for squid ink spaghetti with scallops, which I was told wasn’t always available, but they were able to pull some strings for that night (thanks to M, who knew the owner). Very glad that I could try the dish, because it was delicious: the sauce was light and creamy, the pasta al-dente, and the massive scallops on top made my money’s worth. The chilled white wine paired perfectly with the seafood option. Portions were deceptively large, and I was way too full afterwards to eat dessert– although the sweets that M got looked really good! It was a matter of returning to M’s home to relax for the rest of the night. 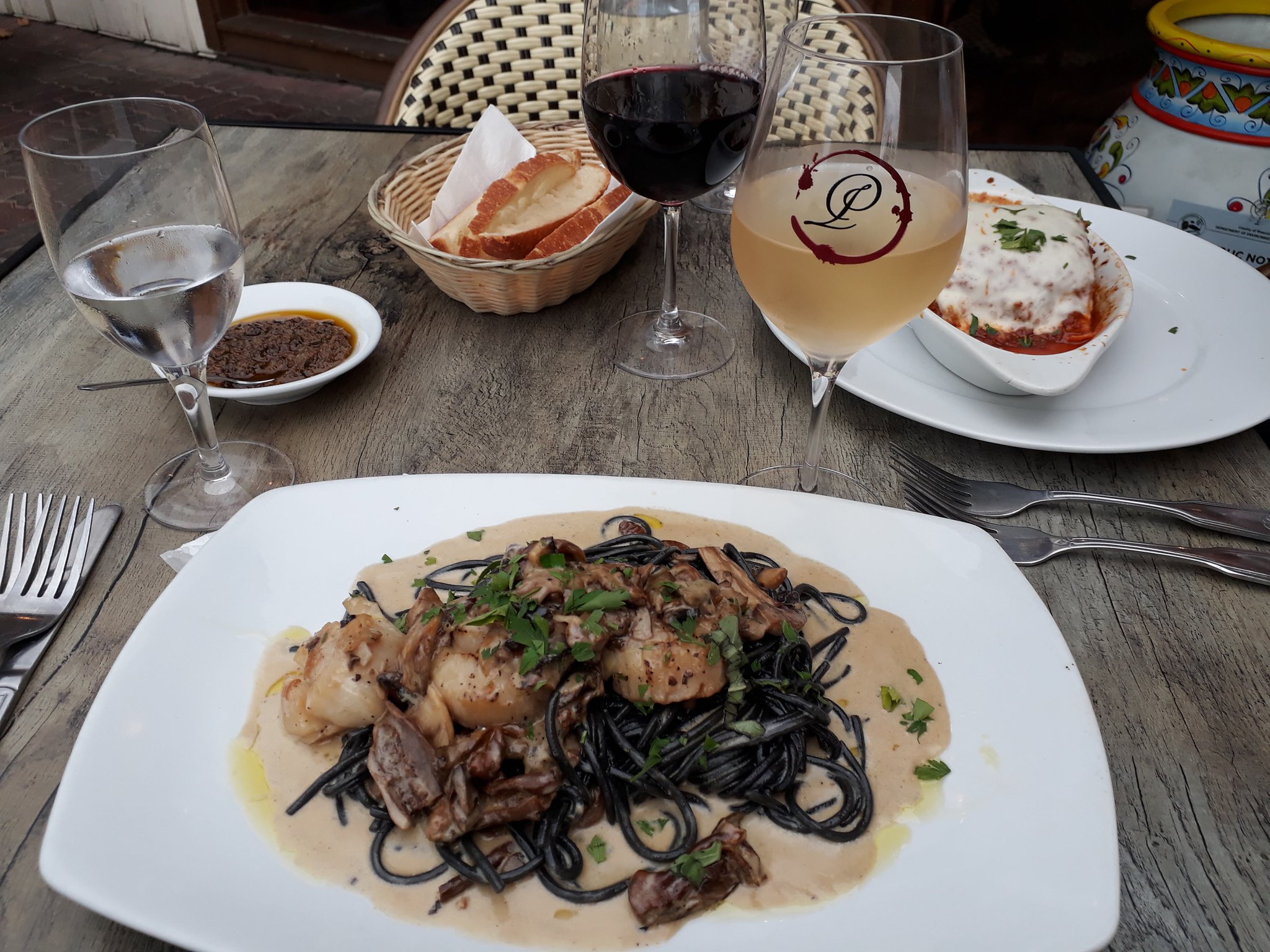 The next day was wine-tasting day, which I’ll recount in the following post, as it was quite the adventure in itself. The most I’ll say, for now, is that the following day was my “recovery day,” and to recover, I went with M back into Old Town Temecula, where we got lunch at another of her recommended spots– to be honest, I didn’t research any restaurants prior to arriving, just because I knew M would recommend them. All of the places I ate at were from her suggestions, really.

For lunch that day, we had food at a sort of “New American” gastropub, where I ordered the most-incredible Reuben sandwich my lips ever laid upon. I usually don’t order burgers or sandwiches, but this Reuben was sublime: greasy and juicy from the piles of corned beef inside, pungent from the abundant sauerkraut, and secured with crispy, buttered bread, I was enjoying every bit of it. The fries were a wonderful plus, as they were crispy and actually paired well with hot sauce! 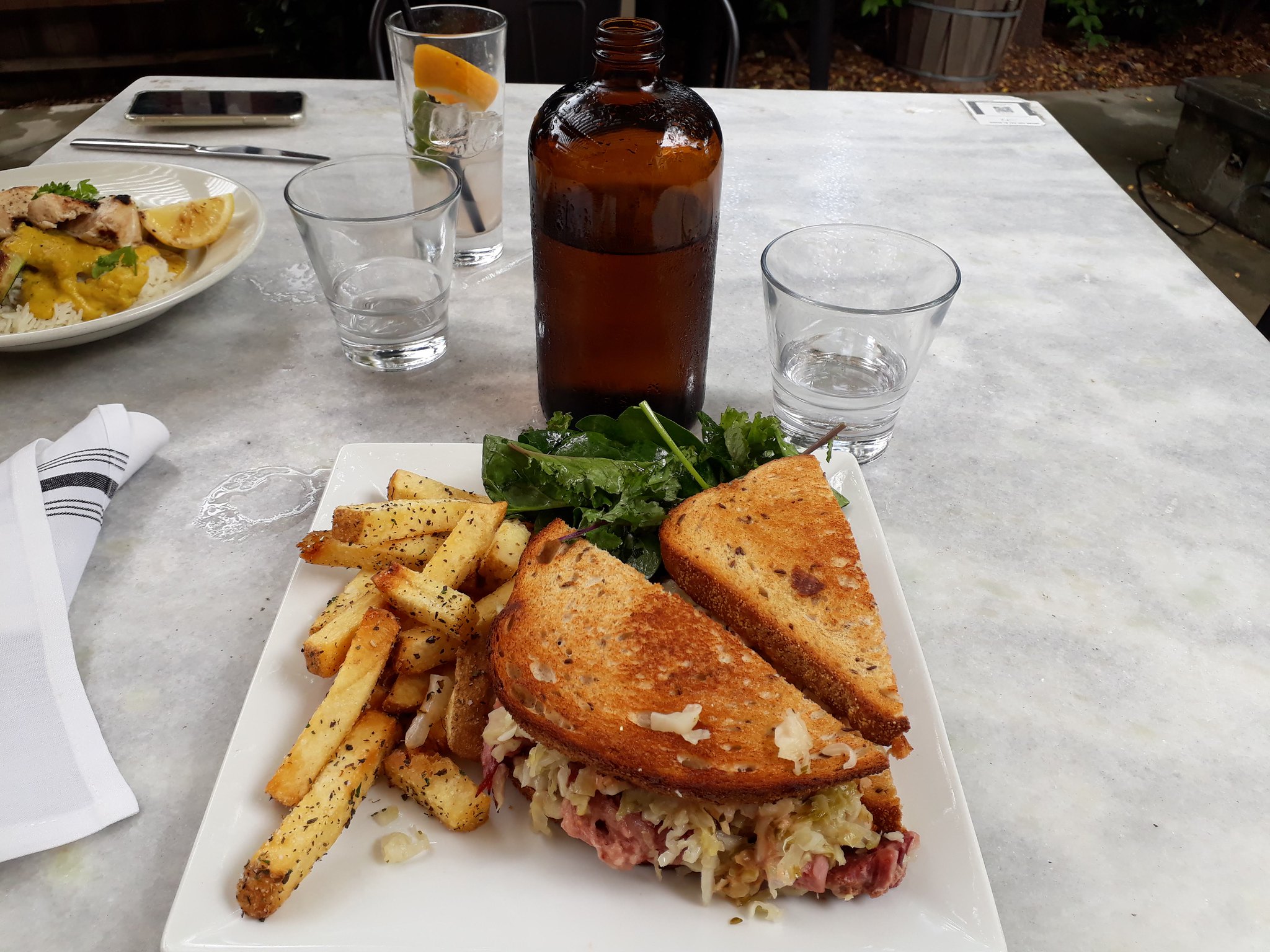 After lunch, we went over to M’s favorite café for coffee, as a pick-me-up to wake us up from the heavy food we just had. I ordered a Bananas foster latte, which I never had before, but it really did taste like bananas! The baristas had also filled the cup over the brim, so it spilled a bit when trying to carry it to our seating area– they definitely do not skimp on portions! We also sat outside overlooking Old Town Temecula and people-watched, and it was a relaxing pause before returning to M’s home. 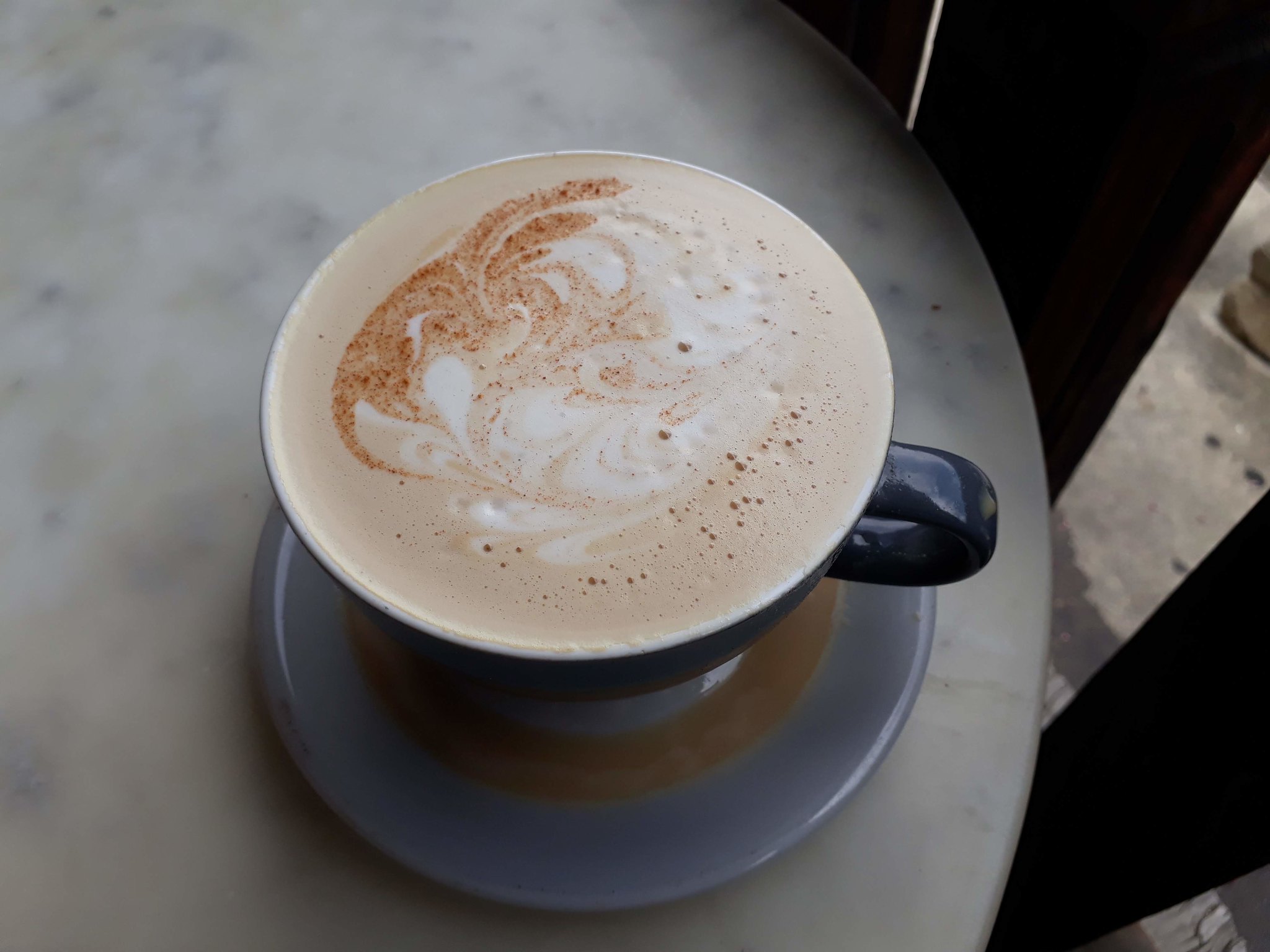 We ended up returning to the same café for brunch on my last day in Temecula. This time I got a rose-vanilla latte with a brisket wrap and banana-coconut doughnut. The wrap and doughnut were just okay, but the latte was sweet and fragrant. It was a good end to my food-filled weekend in town, and now I know where to go for food if I’m ever back in Temecula (thanks, M)! 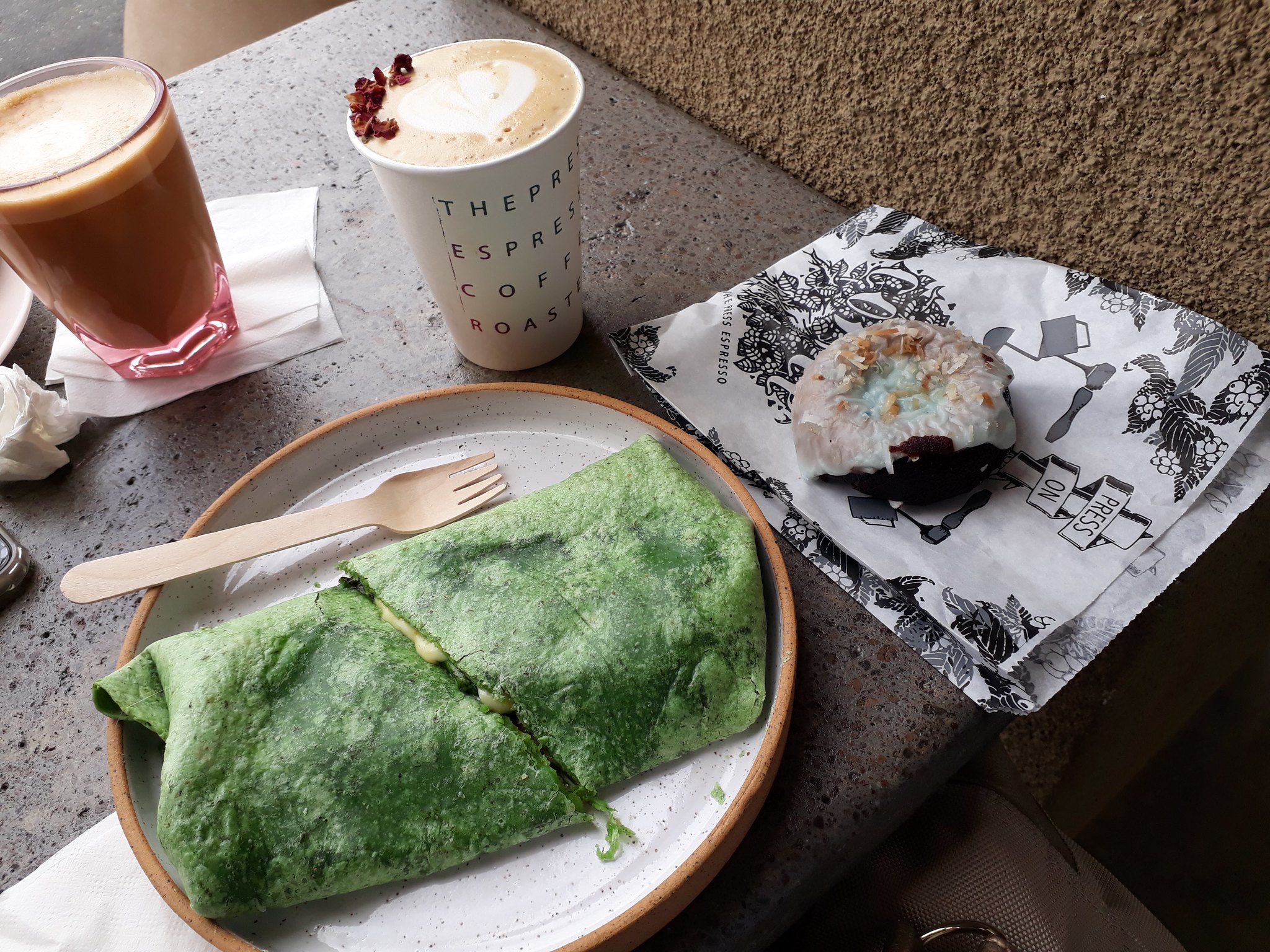 My wine-tasting adventures will come soon– until then!