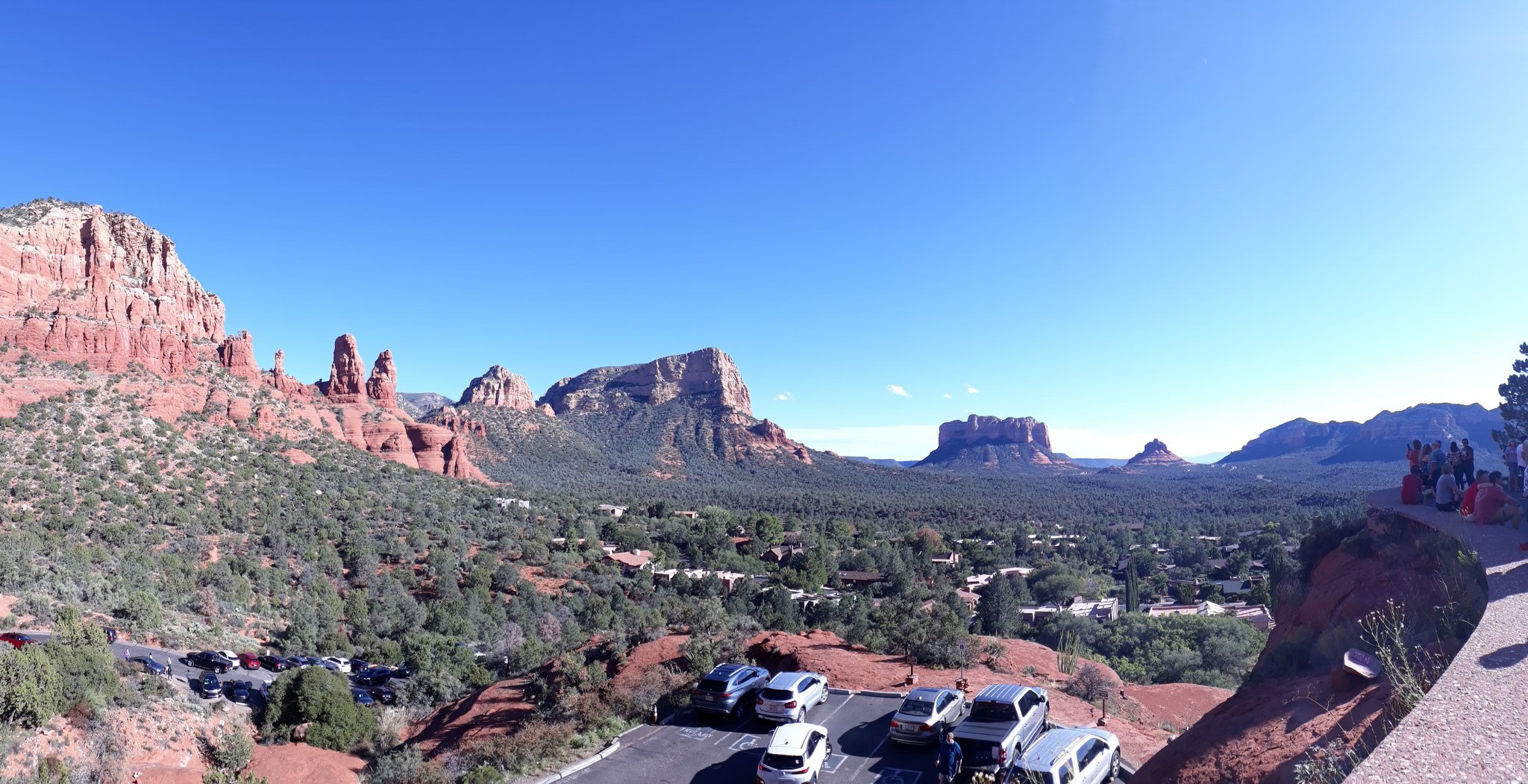 Panoramic view from the Chapel of the Holy Cross (October 2021)

Last October, I had the opportunity to travel again. After two years of nothing (thanks, COVID-19), I was able to return to long-term travel. I spent a week road-tripping with my dad across three US states– Arizona, Nevada, and Utah– where we hiked and explored the natural parks to our desire. Although it was short and domestic, this trip was special to me, as it was my first since the pandemic– it reminded me just how much I loved (and needed) travel, and how much I missed it all of these years.

This trip came two months after I passed my year-long probation at work. Given that I was *finally* able to use my vacation days, I decided to use some of them for my road trip. It was my reward, as I’d spent that past year working hard, and I desperately needed a break. I put in my time off and soon enough was on the road.

My dad and I decided to rent a car and drive over to Arizona, our first destination. While we could’ve cut time and just taken a plane over to Phoenix, we weren’t comfortable flying just yet, as we were still worried about COVID-19. The drive over from Los Angeles took nine hours and although we were exhausted at the end of day, it wasn’t too bad. 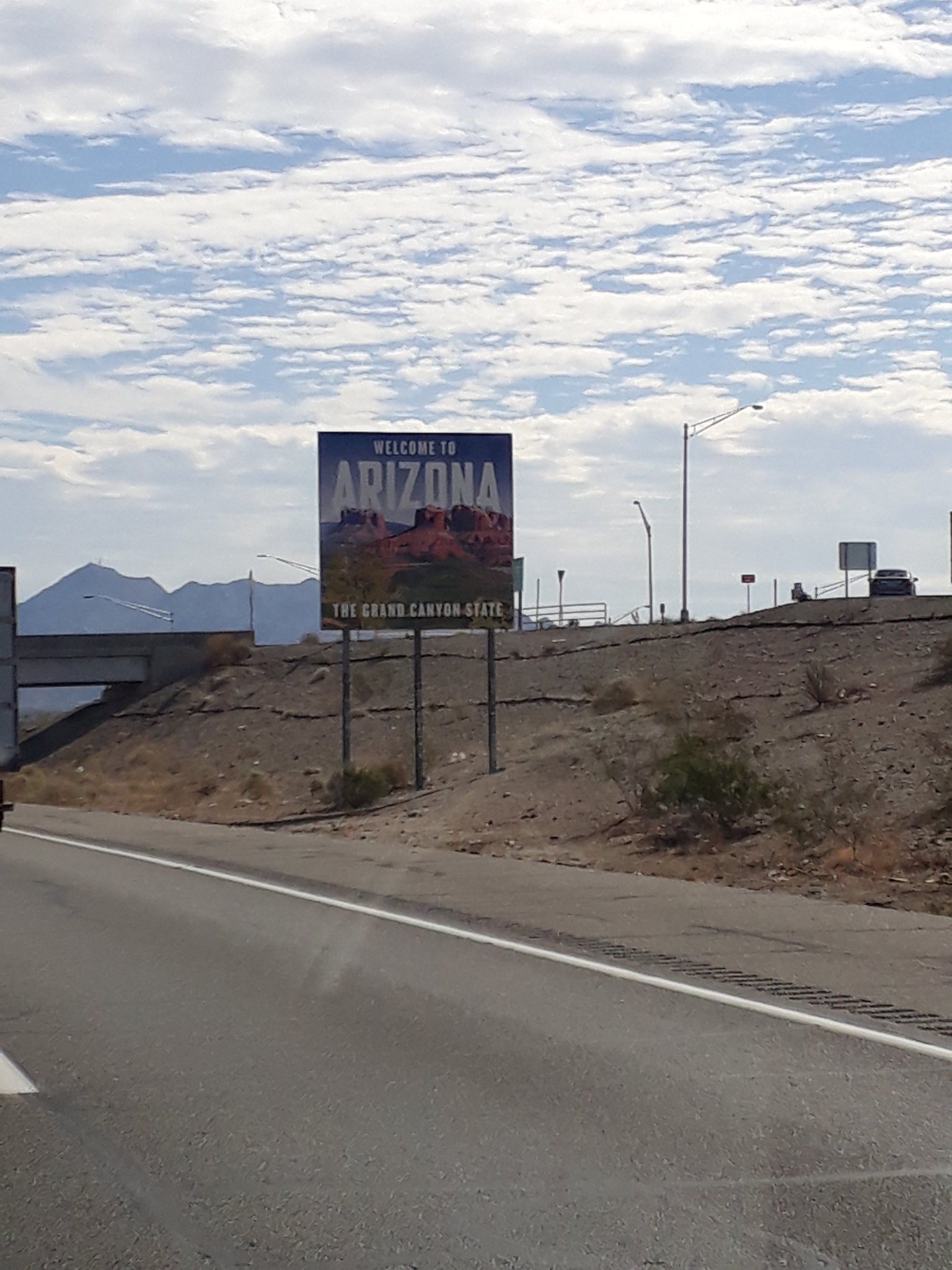 Much of the drive was along an isolate stretch of Interstate-10, in the middle of the southwest US desert. There were parts after the Arizona border where we saw absolutely no cars and driving past rural, pocket-size towns (population: under 800) definitely gave off wild West vibes. As the area was so isolated, we were concerned about running out of gas, so we made sure to stop at the first gas station we saw to fill up. Once we entered the Phoenix, then Flagstaff metropolitan areas, we felt more at ease. 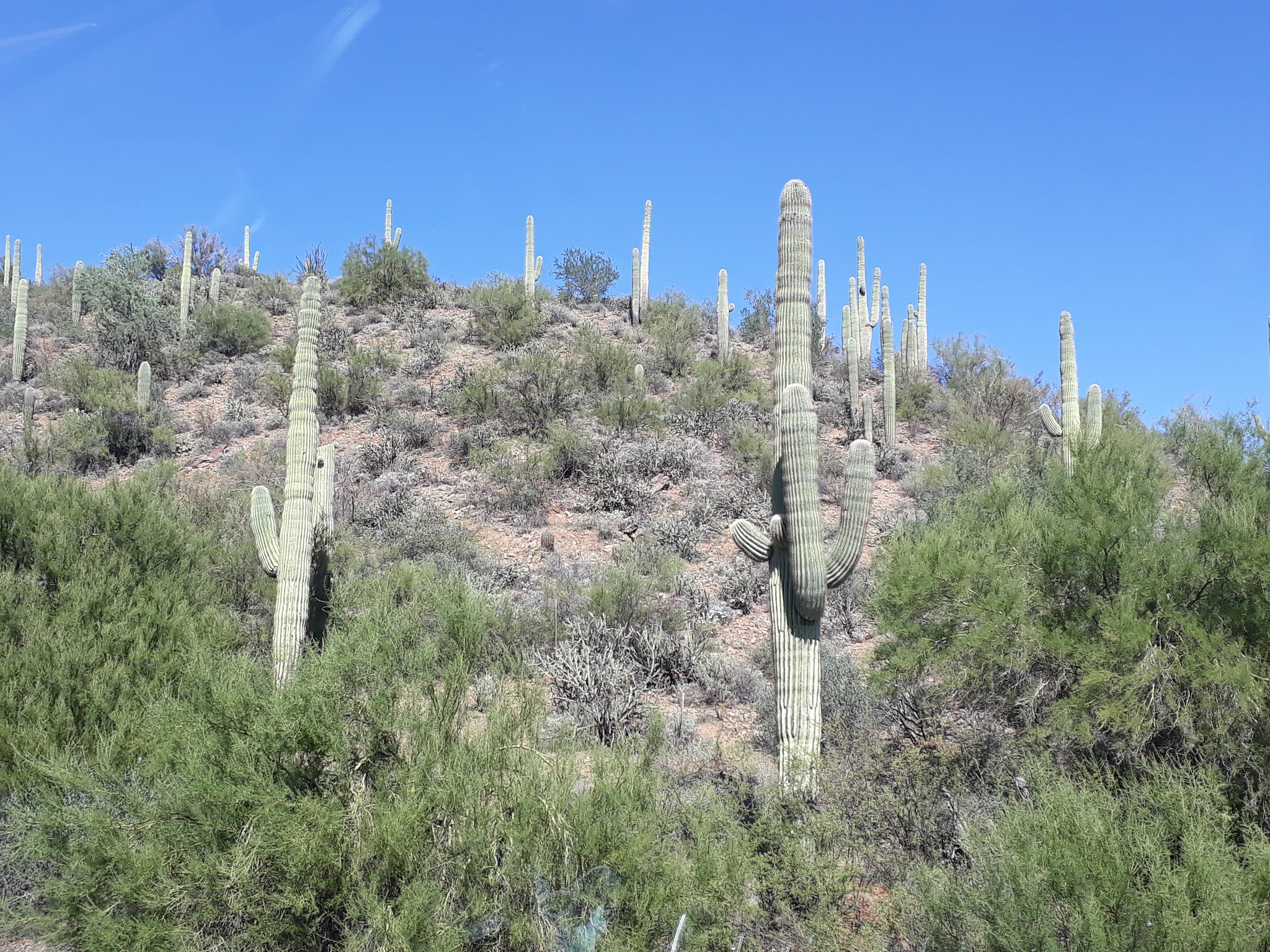 We reached our first destination, Sedona, around 15h00. It was still fairly early, so we decided to visit some of the sites before checking into our hotel. We were also lucky that we’d opted to enter the natural park northwards from State Route 179, as we were going against traffic (which was ridiculously-congested from the opposite end). Sedona sees hundreds– if not thousands– of tourists every day, as it’s actually a very-popular spot not just for out-of-state visitors, but also for native Arizonans who come for a quick weekend trip.

It’s important to note is that Sedona isn’t the name of the natural park, but rather it’s the name of the town that’s inside of the park itself, called the Red Rock State Park. However, people commonly say “Sedona” for convenience. The town is home to about 10,000 permanent residents, but of course sees a massive influx of visitors who come to hike and explore the red rocks all throughout the year. Sedona is right in the middle of the Red Rock State Park, so to access the trails and points of interest is advantageous, as opposed to driving from outside to enter. As it’s not a national park, there’s no admission fee to visit. 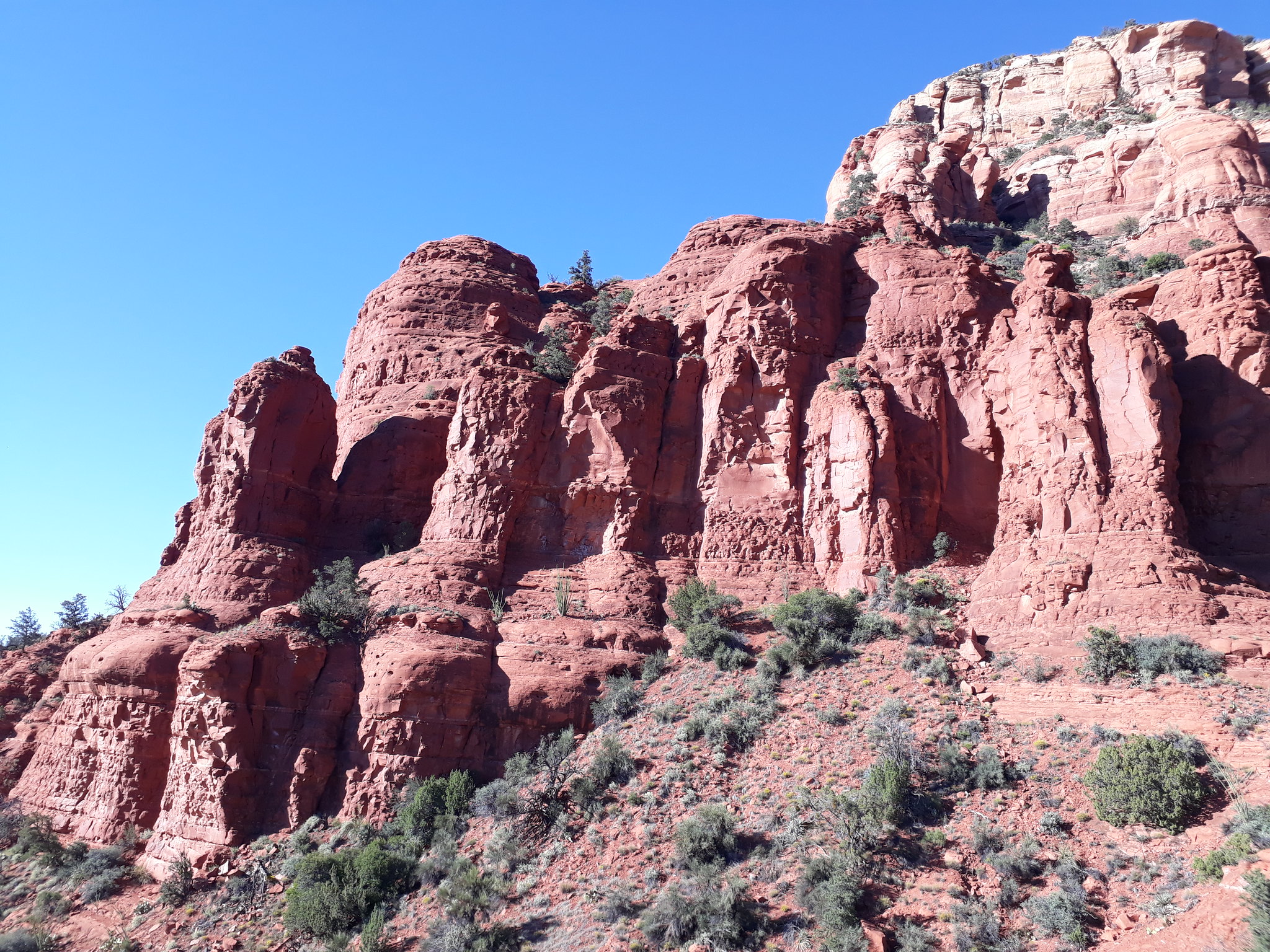 My dad and I hit a few of the famous red rocks that afternoon, starting with Bell Rock, the Courthouse Butte, and Baby Bell. It was then a matter of heading up to the Chapel of the Holy Cross, literally wedged into the side of a cliff, for spectacular views of the aforementioned rocks (as well as Twin Buttes). The chapel was small and packed with visitors, so we only stayed inside for a minute before heading out to avoid the crowds. Overall, incredible scenery overlooking the essence of Sedona. 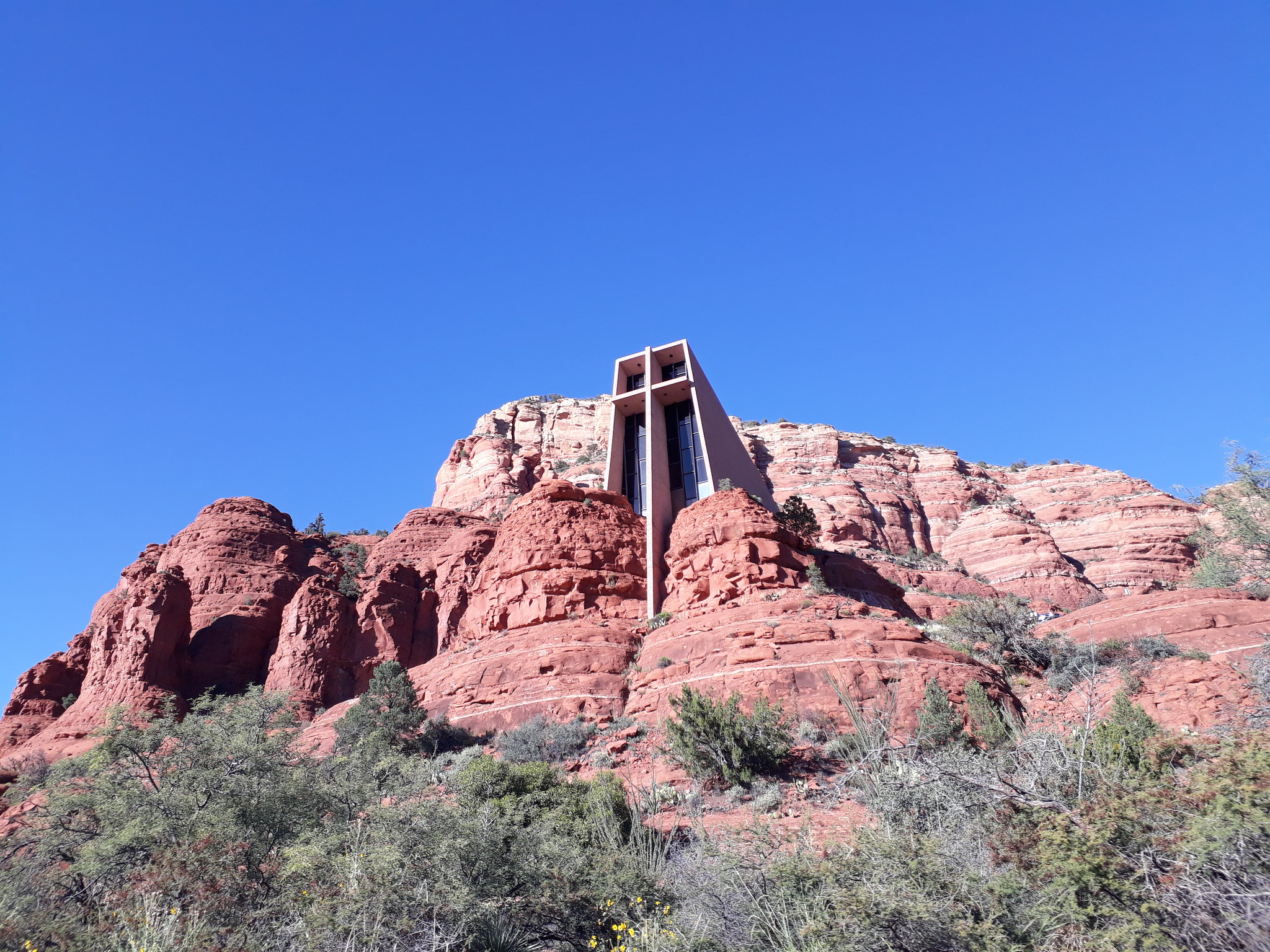 Chapel of the Holy Cross 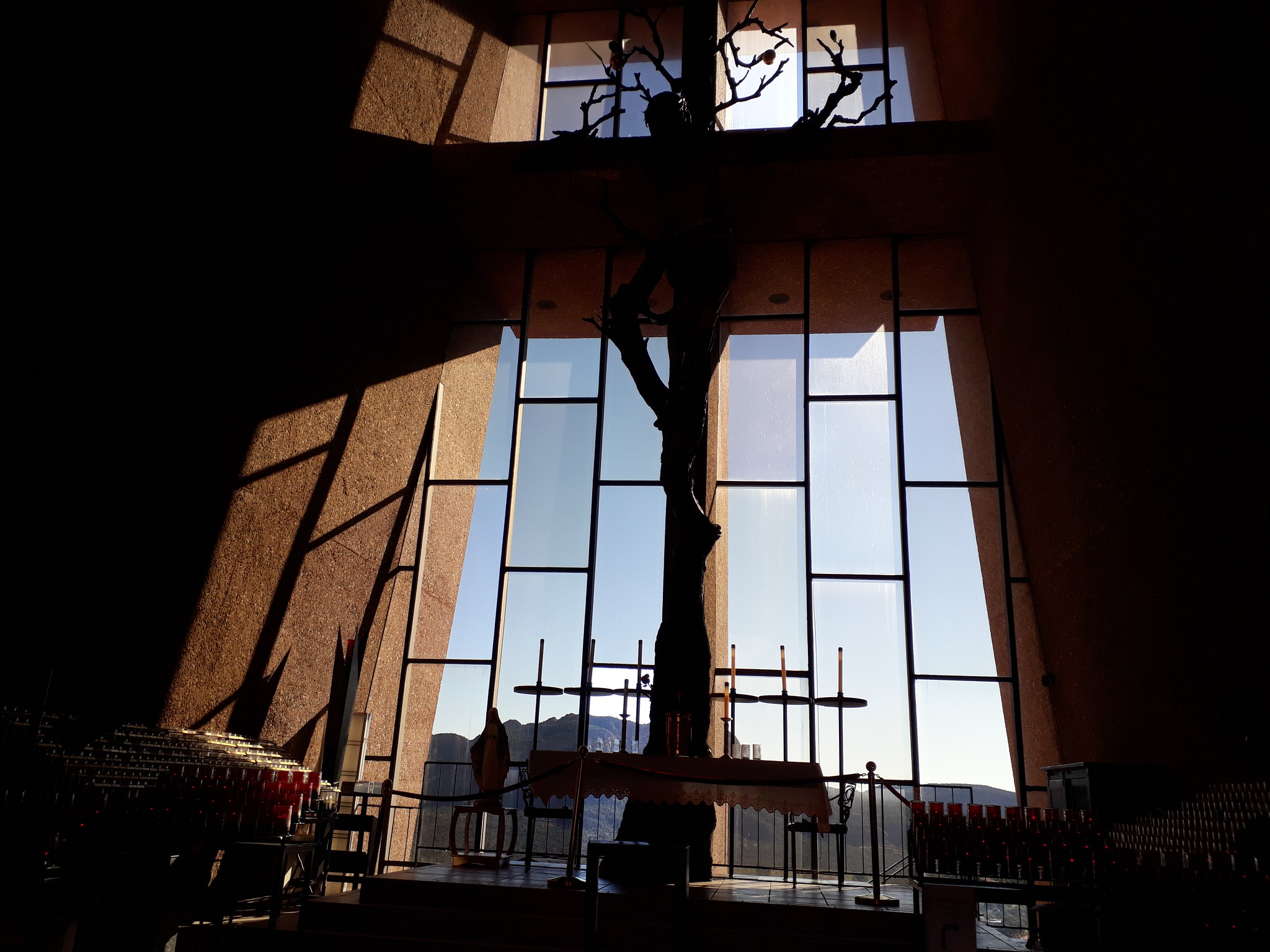 Our next stop was at the Sedona Airport Scenic Overlook for more views. We paid $3 in order to park at the designated lot (pro-tip: there are free spots, albeit limited, at the base of the hill, if you’re willing to hike up 10-15 minutes to the site) and took the time to admire the sweeping valley and the town of Sedona from above. Whereas the views from the Chapel of the Holy Cross were of red rocks and canyons, those from the Sedona Airport Scenic Overlook were very green and full of vegetation. It was very surprising, as I’d imagined that Arizona was all dry, barren desert! 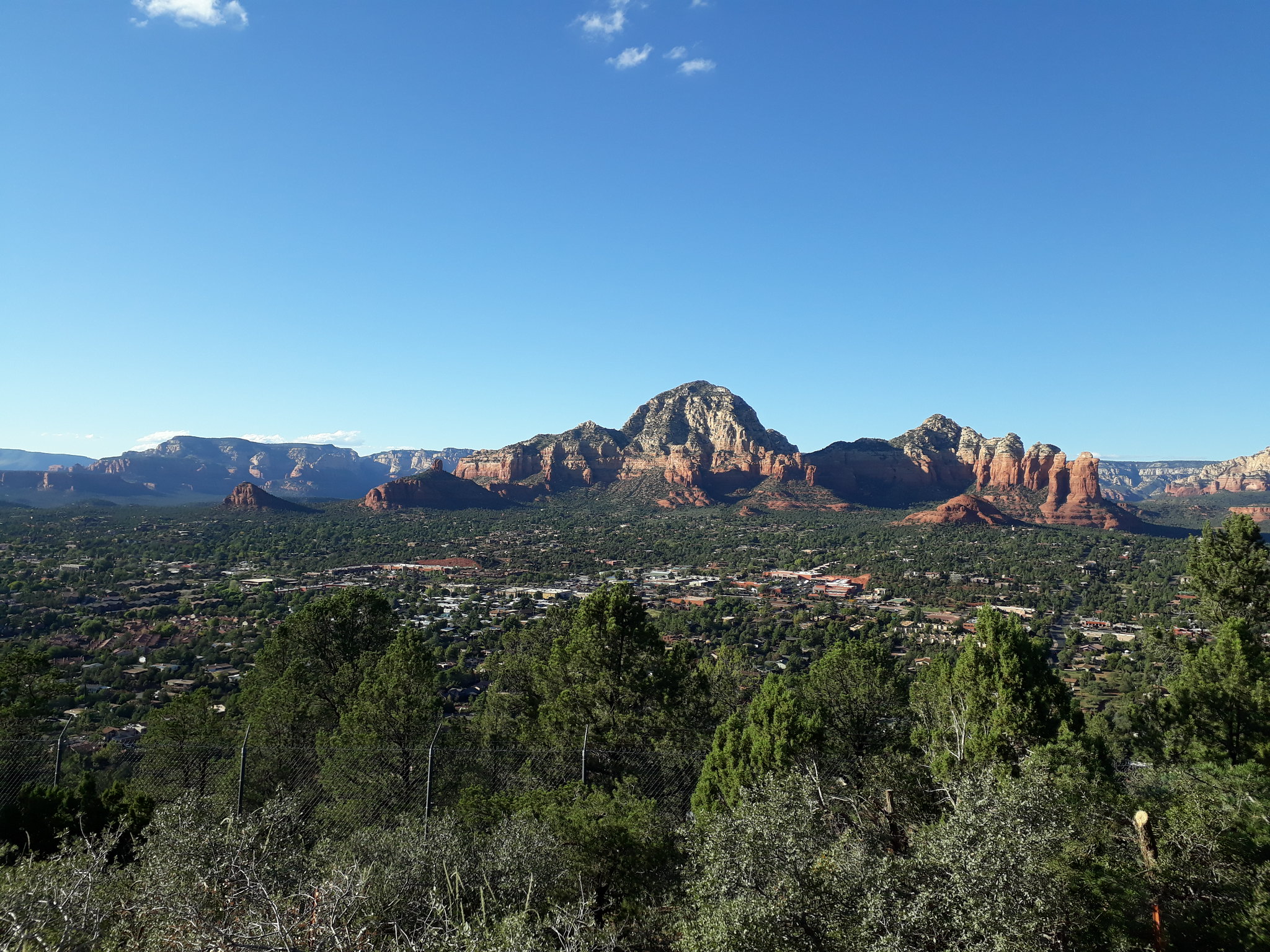 From the Sedona Airport Scenic Overlook

Aside from the half-dozen red rocks we saw that first day, we also stopped at Coffee Pot Rock for a quick photo on our last day in town. Goes to show that there are plenty of unique red rocks in a park aptly known as Red Rock State Park! 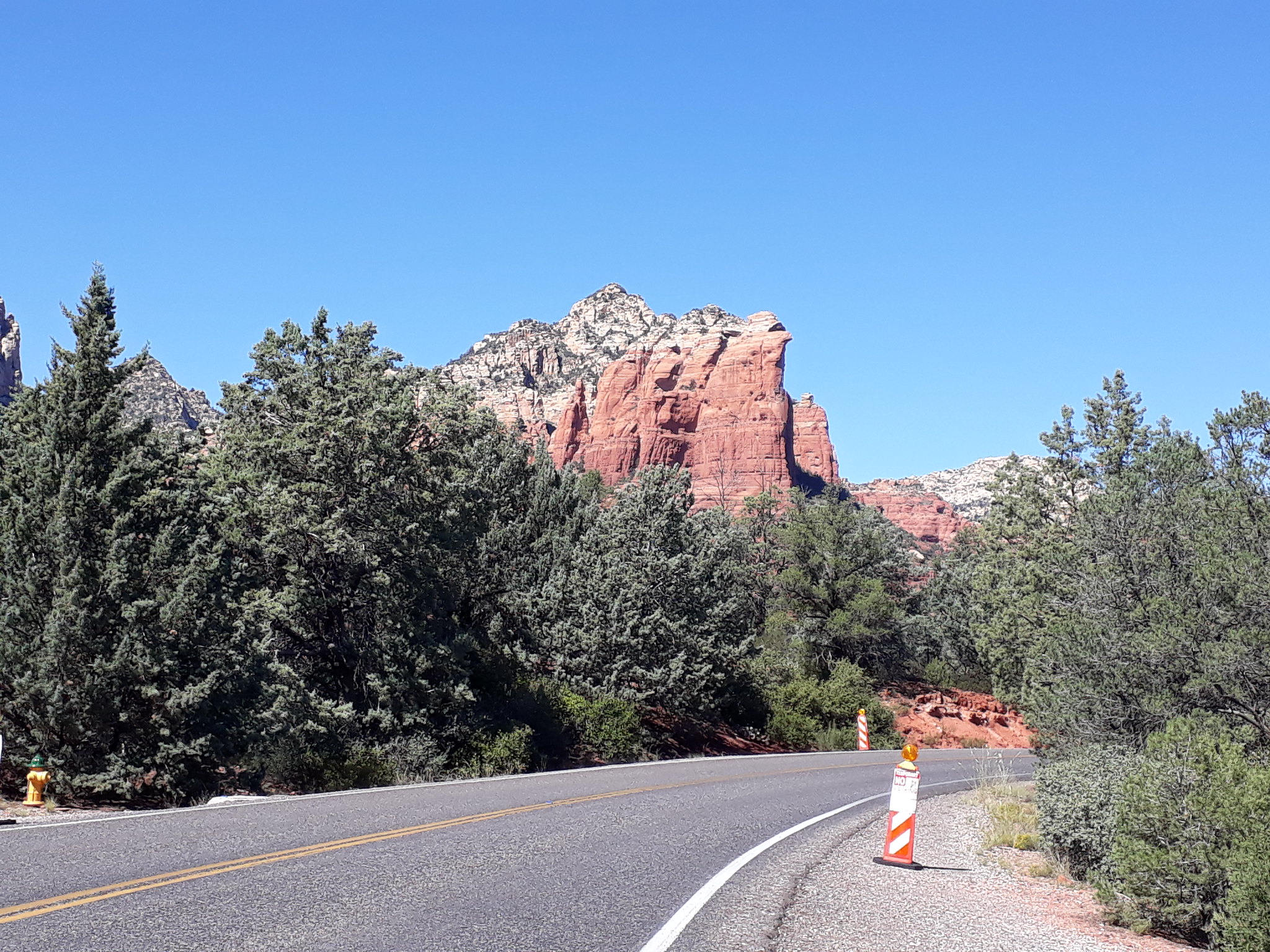 It was around 16h30 that we decided to head into town, first to get an early dinner before checking into our hotel. We went to a small, Mexican restaurant and we were lucky to get the last seat inside– despite arriving before 17h00, the place was PACKED. Those who arrived after 17h00 had to wait outside for seating, which thankfully, we did not. 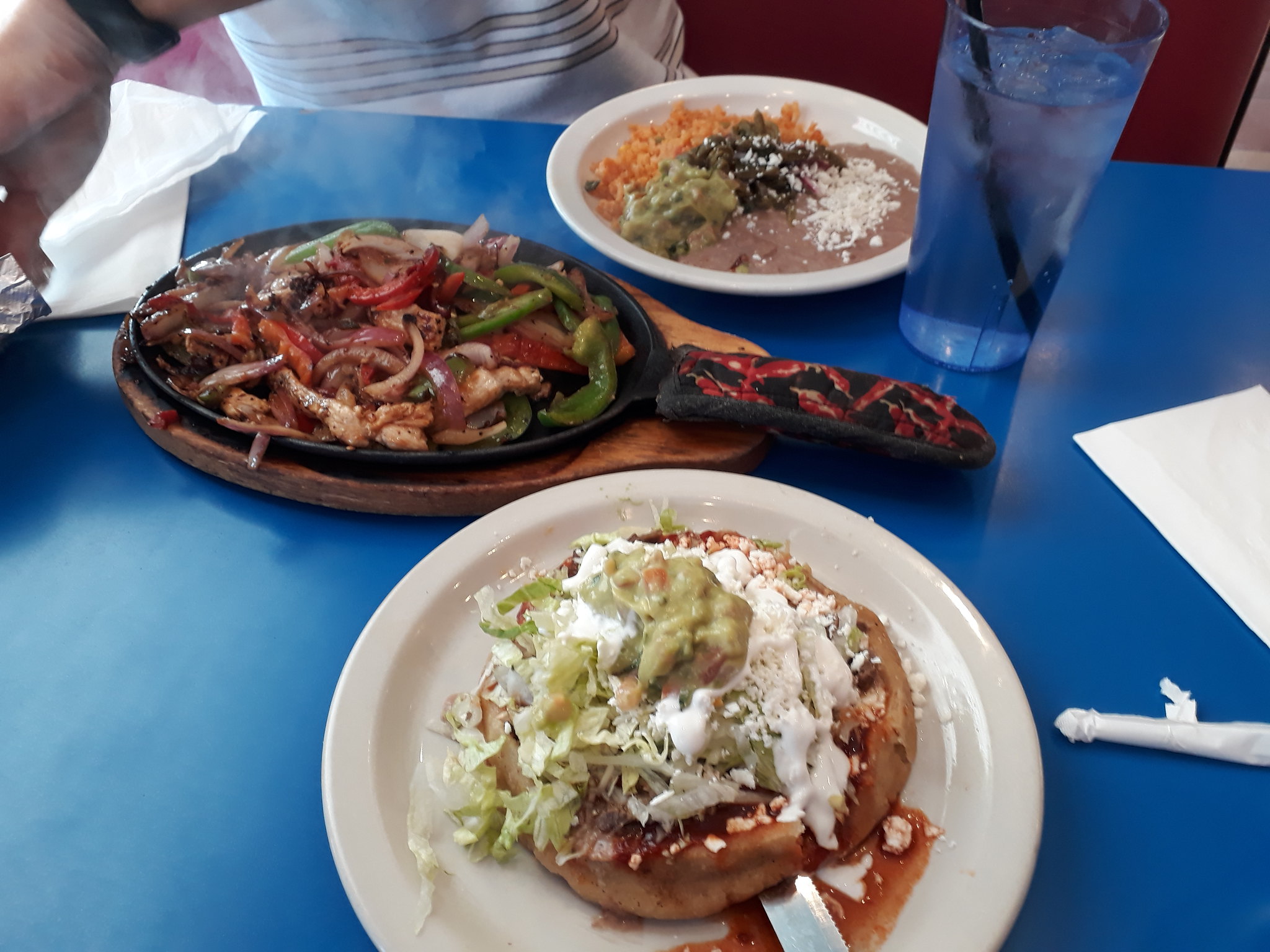 I ordered a sope de lengua (cow tongue), which was pretty good: the sope was thick and lightly-crispy and the cow tongue was tender with a subtle chew. Meal was very affordable and just enough to be filling, but not overly so. We then headed to our hotel to check in and pass out for the rest of the evening– we’d been up since 5h00 that day to make the drive over, and we needed to recharge as we would be waking up super early again for some hikes the following day.

More of my adventures in Sedona are coming soon. Stay tuned!