Traveling by train is one of the easiest and most-convenient ways to visit places in Europe. From the SNCF in France to the PKP in Poland, there are hundreds of railway companies that operate to get you from point A to point B, and to assist you in enjoying the travel experience all the way. Nothing can really beat the quaint, countryside views from the comfort of the window seat, that’s for sure!

Train stations, on the other hand, don’t tend to be prominent tourist spots to visit while in town. In fact, they’re more of a transition place to get in and out of as quickly as possible, from one destination to another. If anything, such places don’t necessarily evoke beautiful and calming experiences, especially when the architecture is mostly industrial and hundreds of harried passengers are rushing from platform to platform, so as not to miss their train.

However, you’d be surprised to find that some train stations are worth a second’s pause. In fact, there are dozens across Europe that are known for their classy (sometimes ornate) beauty, and have ended up being tourist destinations in themselves. From their interior to their exterior, such stations not only are beautiful, but also historically-rich in how they came to be.

I’d like to share a few of my favorites I’ve encountered while traveling across Europe. This is by no means a comprehensive list, as I unfortunately did not appreciate train stations back in the day and have limited photos of them. All the same, I hope such images inspire you to check them out someday, and to treasure both their artistic and practical functions on your next trip. Enjoy!

It’s the interior that blows you away: over 20,000 azulejo tiles from floor to ceiling depict momentous events in Portuguese history, which is sure enough to make travelers pause and take it all in before exiting the station. Inaugurated back in 1916, the São Bento station is truly a treat, and it’s a great place to stop and admire the details as you wait for your train to arrive. 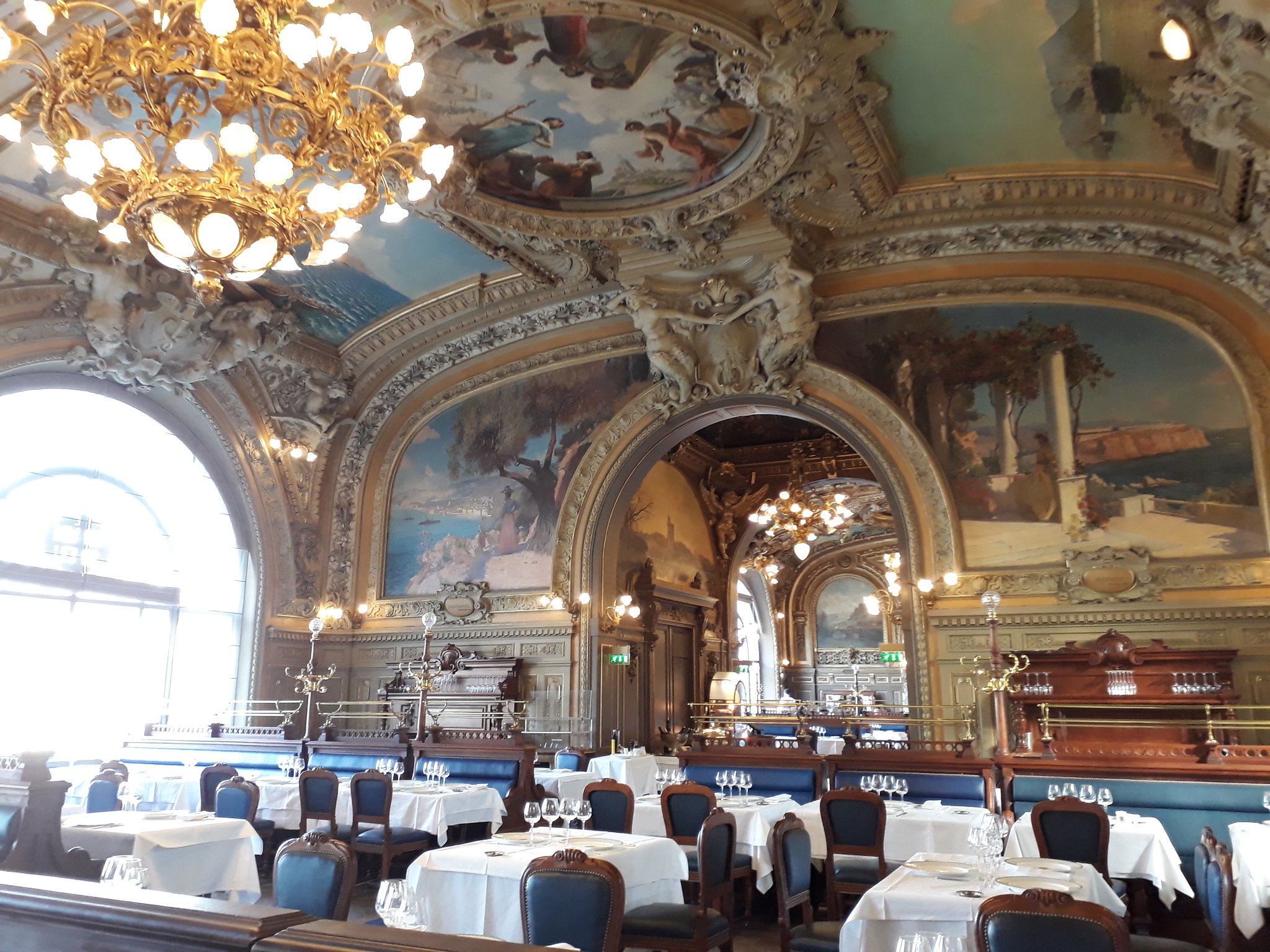 One of the six main railways of Paris, gare de Lyon is a busy station that handles almost 150 million travelers per year to their destination. This was the station I took frequently when I lived in France, as it connected me to the Lyon region where I worked.

It’s a large station and upon first glance, you may find it industrial and cold. However, it’s the little details of the fresques lyonnaises and the elegant interior of le Train Bleu restaurant that really wows you, to be admired for their early 20th-century class and beauty. 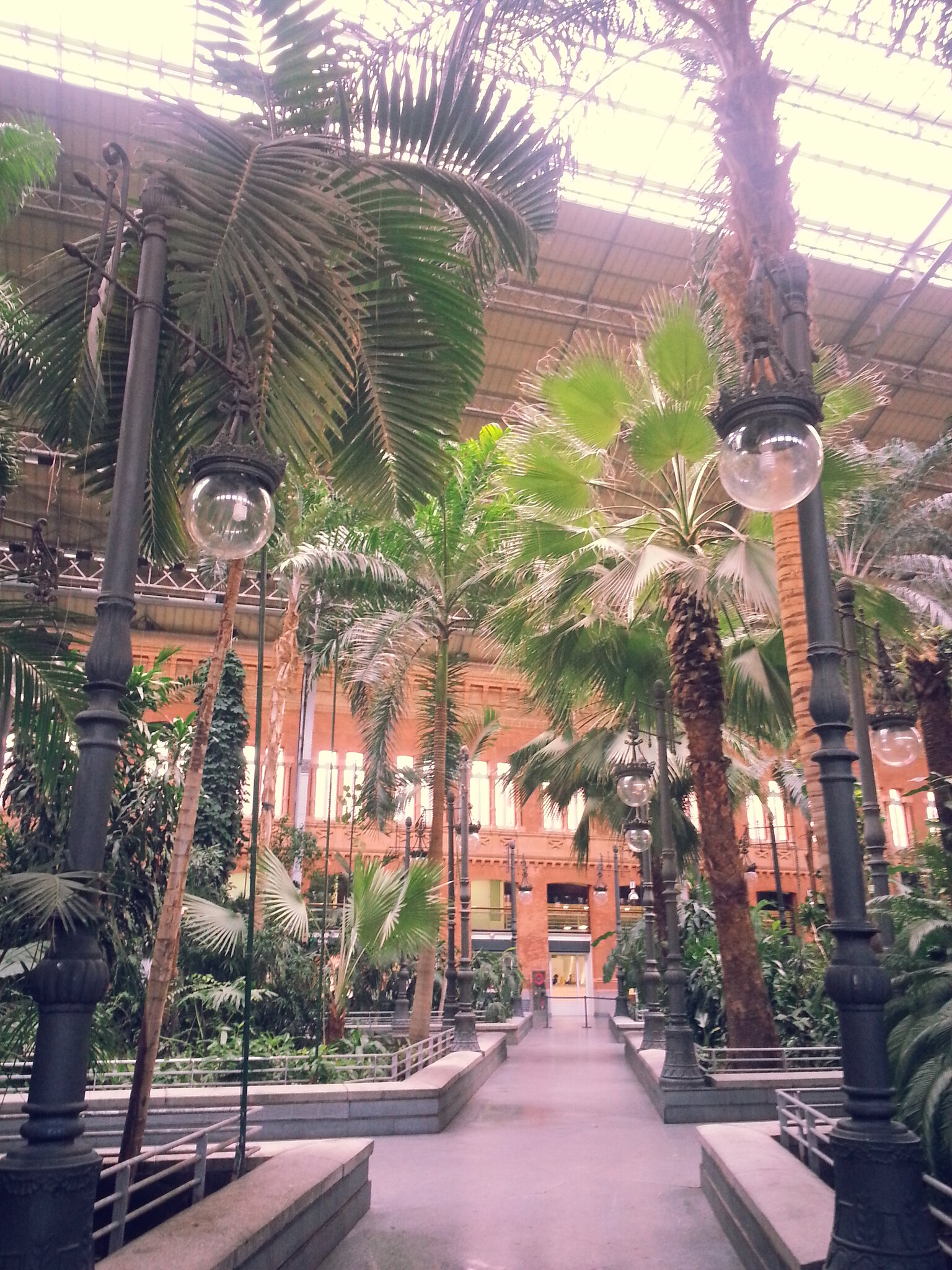 Who would expect a train station to also cover as a tropical garden? You can look to the Atocha station in the Spanish capital. Inaugurated in 1992, this lush jungle within an otherwise industrial is a strange, yet lovely juxtaposition– it’s almost an oasis away from the stress of commuting, as you can relax with a book among the paradisiacal branches (and the cute turtles!).

I will be honest and say that I only went to King’s Cross just for Platform 9-3/4 (any Harry Potter fans?). That said, I didn’t really take a good look around the rest of the station, as I was so fixated on getting to the fictitious platform. Now that I’ve looked over the photos of it online, I’ll need to return properly someday, as it’s a great architectural feat of the post-Industrial Revolution.

Technically, this isn’t a train station, as it’s only a gate where the line ended for Holocaust victims. Nor is it operating today. To consider this piece of history beautiful would be strange, morbid even, given its horrid past. But in regarding it, you also acknowledge the darkness of humanity and to appreciate how far we’ve come in improving it for the better. 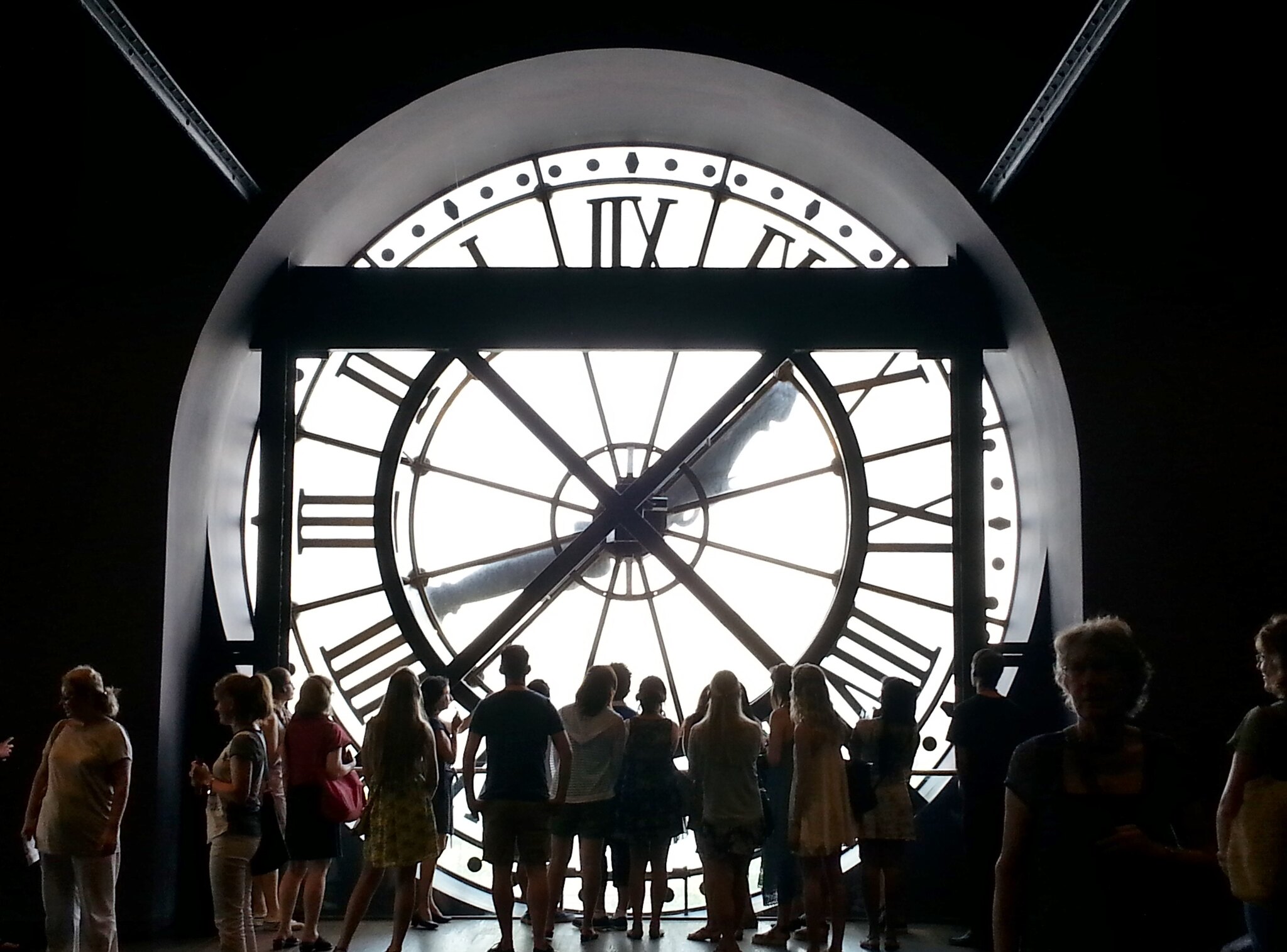 Formerly the gare d’Orsay, this train station-turned-museum still retains its transport past, from the large clock to the open-floor plan in the main hall. Besides admiring the multitude of Impressionist paintings from some of the finest French painters, you can also admire the architectural preservation of the old train station itself.

What is your favorite train station in Europe? Let me know!